How does this guy eat?

There is this guy in Black Panther and probably more people like him with this weird looking mouth. Are they even human? Is the mouth naturally like this or has it been surgically altered to indicate the person's social position as a tribe leader?

I don't understand how this mouth allows for eating or any other activity usually associated with the mouth. 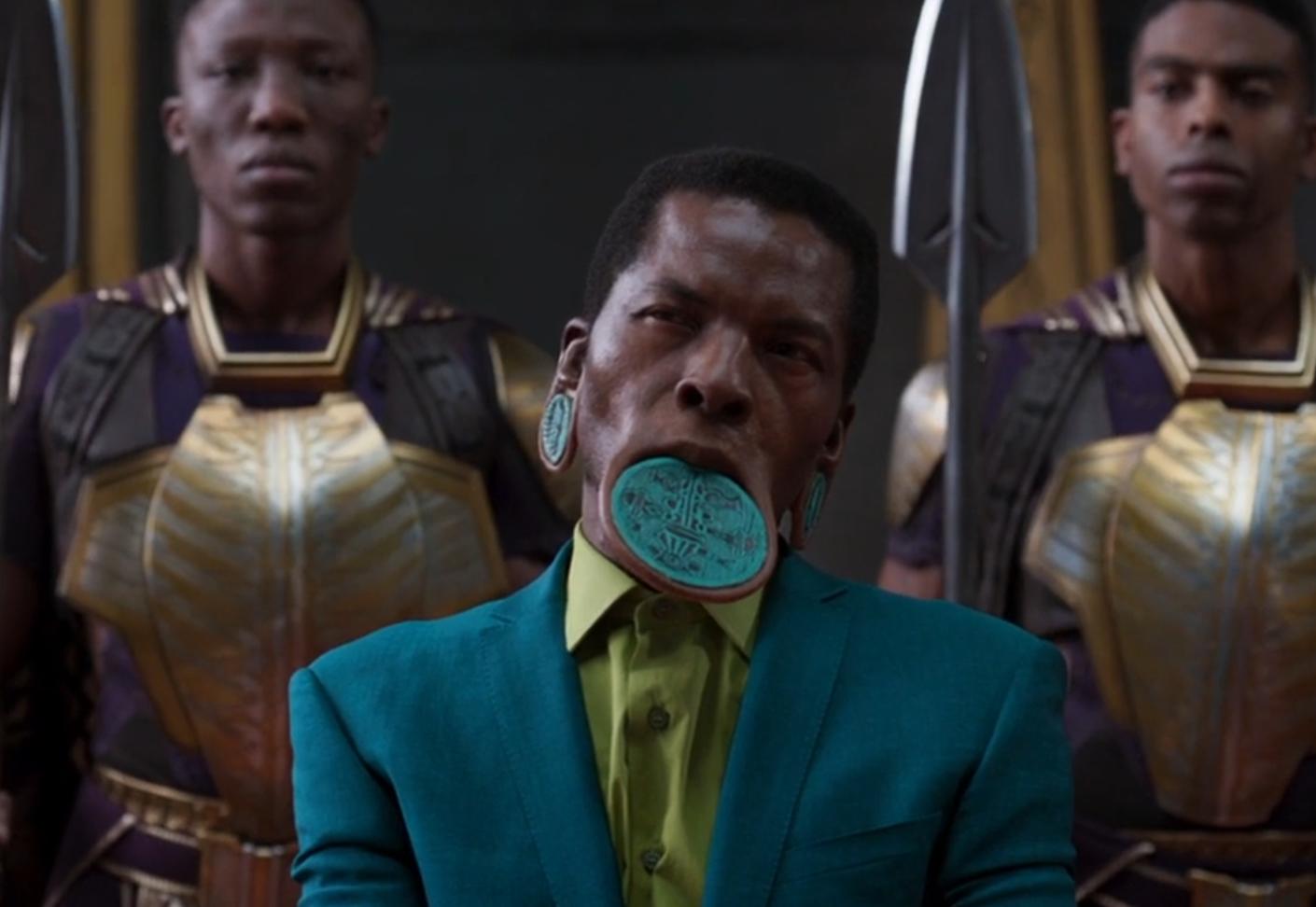 Are they even human? Is the mouth naturally like this or has it been surgically altered to indicate the person's social position as a tribe leader?

These body modifications are actual things in African (and other) culture called Lip Plates.

The lip plate, also known as a lip plug or lip disc, is a form of body modification. Increasingly large discs (usually circular, and made from clay or wood) are inserted into a pierced hole in either the upper or lower lip, or both, thereby stretching it.

I don't understand how this mouth allows for eating or any other activity usually associated with the mouth.

We don't know Wakanadan customs obviously but, in general real life, they're generally only worn for tourists & special occasions such as ceremonies.

Naturally, the stretched lip would make eating (and drinking) somewhat messy (one would imagine) but it doesn't make chewing impossible.

Nor, depending on the food do they have to be removed

28
Why was Walter White acting so strangely with the tequila during his remission party?
32
How and why did T'Challa have the Black Panther power already?
5
Where exactly did Wakanda get the Vibranium and how did they get this high-tech?
10
In Black Panther why does M'baku use this phrase?
11
How can Wakanda defend themselves?
1
How does Killmonger so easily defeat T'Challa in ritual combat?
17
How does Loki do this?
1
How does Loki get this?
15
How does Howard Stark know this?
14
What does the whole letter in Black Panther by Prince NJobu say?