How would the bombs in Tremors 2: Aftershocks blow up underground?

In the sequel to the original movie, Tremors 2: Aftershocks, Earl Basset and team resort to a very strange method of killing graboids.

A piece of dynamite or other explosive is placed on a remote-controlled toy car. As the car moves, the sound attracts the graboids and they supposedly gobble it up. Once they have eaten the car, a detonator with the hunters is operated and the bomb explodes inside the graboid, killing it.

I have two, perhaps, silly questions.

How would the bomb explode underground, in the absence of any oxygen?

An explosive material, also called an explosive, is a reactive substance that contains a great amount of potential energy that can produce an explosion if released suddenly, usually accompanied by the production of light, heat, sound, and pressure.

How can a bomb that can sometimes be scratched/damaged from pressure, in a creature's belly, underground, be signalled with an overground detonator?

There's a certain amount of "plot magic" here but the bombs aren't really under any pressure underground since they have been swallowed whole.

As for the radio signals, it's true that these don't propogate very far underground, usually just a few feet but, in this case, that's exactly how deep the graboids are. You can tell since the explosions make it to the surface with relatively small amounts of explosive per device 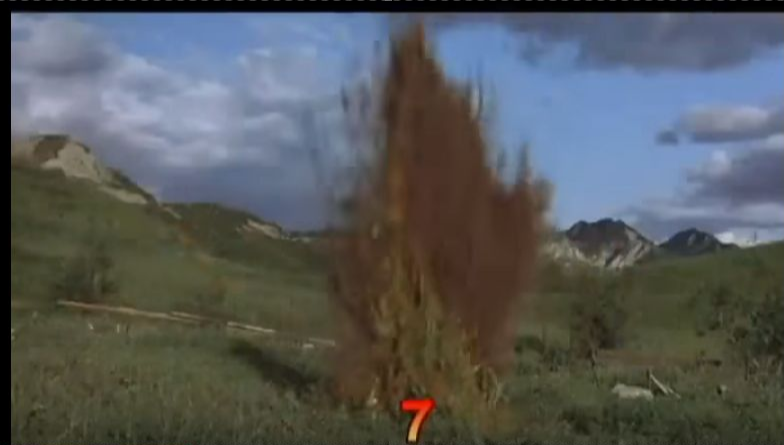 Not the answer you're looking for? Browse other questions tagged plot-explanation tremors-ii-aftershocks .

14
Why doesn't the building blow up at the end?
7
Does Evelyn Salt Stop the Bombs out of Patriotism or for Revenge?
6
If "Steel Mountain" in Mr. Robot is underground, how does that offer the implied vulnerability?
12
How does Quicksilver know the mansion is set to blow?
4
Why Priestess change her mind in planting the bombs?
4
Why does Quint blow the Orca's engine in Jaws?
5
Why does the water hang from the ceiling in an underground cave?
9
Why did she blow herself up along with the bridge?
4
How the "anonymous Gothamite" would "trigger the bomb"?
6
What is the significance of Raymond in 6 Underground?