Why would Ferris even be in economics?

There's a famous scene from Ferris Bueller's Day Off where Ferris's economics teacher (played by Ben Stein) takes roll, and Ferris is absent.

Well, later in the film there's another scene where Ferris uses his home computer to access the school's system, to change his number of absences from nine to two. 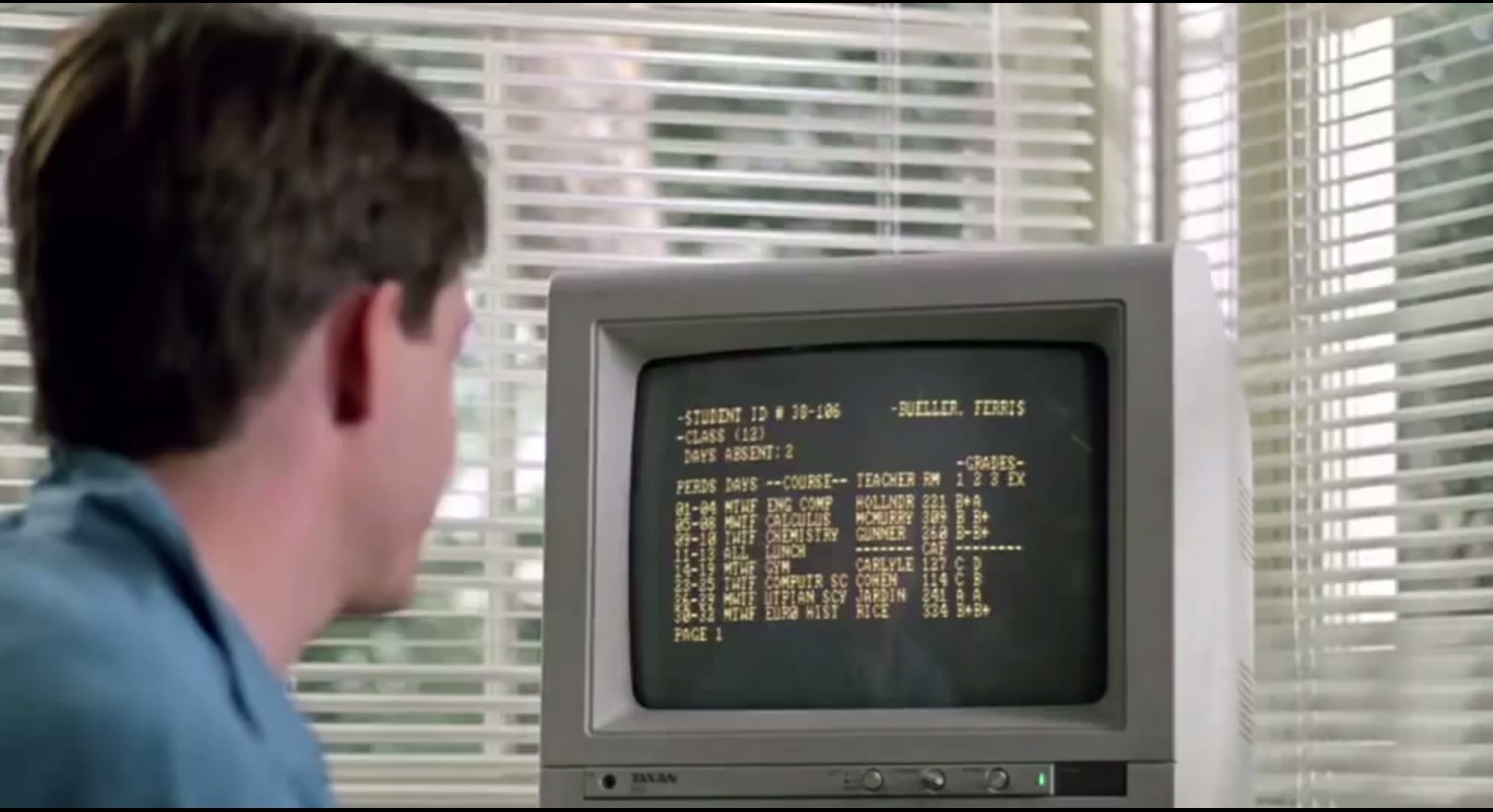 When looking at his computer screen, it shows his basic student information, and his current course schedule:

But, what about economics?

The course Ben Stein is teaching definitely seems to be economics, since some of the topics include: the Great Depression, the Hawley-Smoot Tariff Act, and the Laffer curve.

Was this an oversight by the creators, or, is it mentioned at some point that Ferris perhaps switched courses mid semester? But, wouldn't that still be reflected in his course schedule?

The Great Depression was part of European History, causing, among other effects, the rise of the Nazis to power in Germany.

the Hawley-Smoot Tariff Act was part of European History, reducing trade between the USA and other countries including European ones, and thus making the Great Depression more depressing.

The Laffer Curve is an economic theory that applies, if valid, to European countries as well.

There are no characters listed with the Surnames of Hollander, McMurry, Gunner, Carlyle, Cowen, Jardin, or Rice.

There are three characters listed as teachers:

This may be a case of the right hand not knowing what the left hand is doing. There may have been a change in the courses Ferris was supposed to have during production, and someone may not have got the memo. Thus Ben Stein's character may have been listed as "Economics Teacher" in the credits and "European history teacher Rice" in Ferris' student file.

Since the room numbers seem to be clearly visible in the computer screen, checking to see if any are visible in any scene may be a good idea.

Each of Ferris's courses is four days a week, which implies that every period occupied by a class should be open one day a week except Wednesday & Friday, which perhaps is a study hall at different periods each day. Since all of the classes are on Wednesday there is no room for another one on Wednesday, the day Ferris skips school.

In any case, it seems to me that European History is the course where it would be the least odd or unlikely to discuss economic subjects, especially since 2 out of 3 are historical events.

Not the answer you're looking for? Browse other questions tagged plot-explanation ferris-buellers-day-off .