In Black Panther why does M'baku use this phrase?

Why does M'Baku use this phrase ? 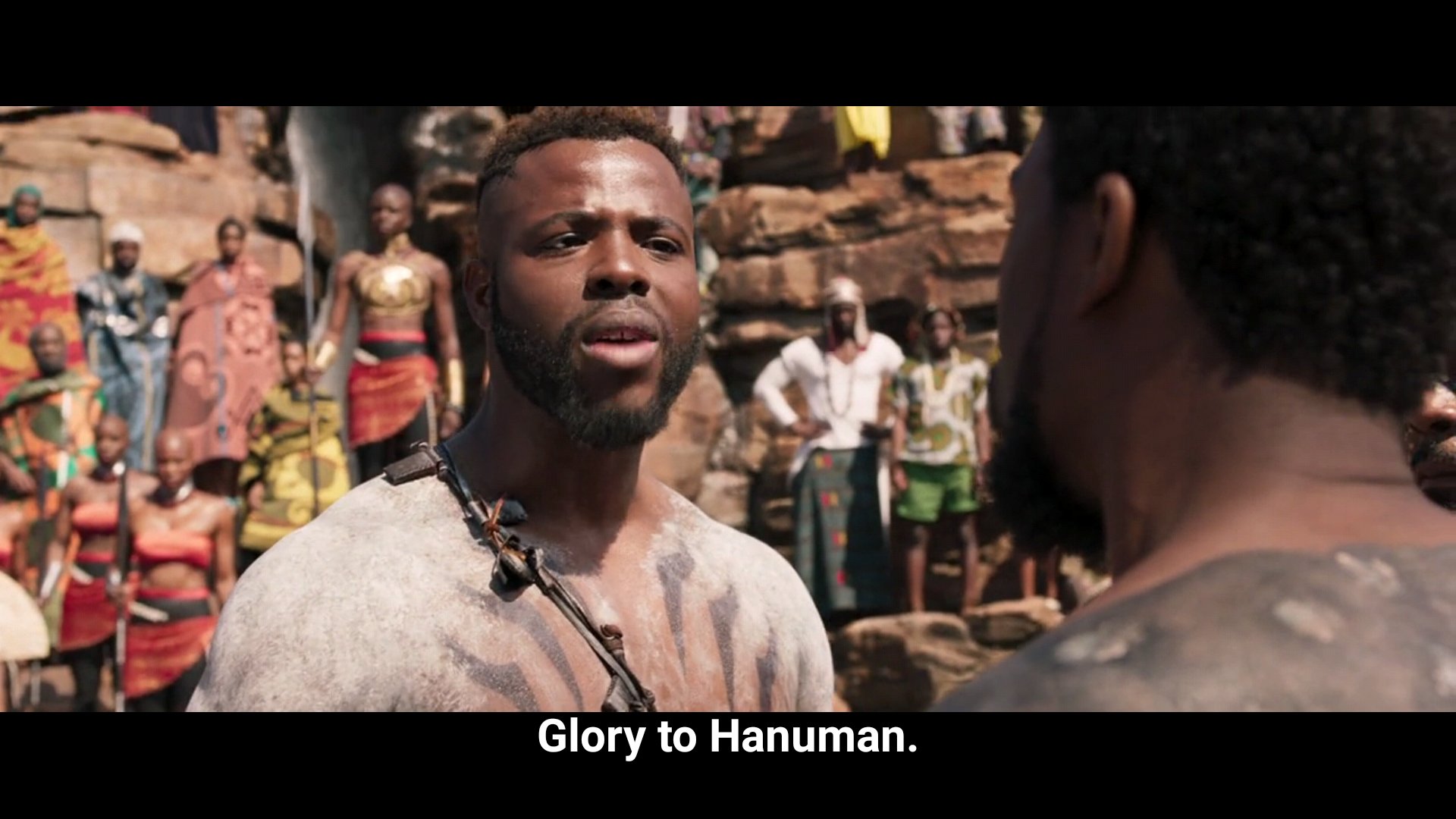 Some body says "He belongs to monkey tribe". Did they know about LORD HANUMAN?

Can we confirm what he actually says and why he says it?

In Black Panther why did M'Baku use the phrase “GLORY TO HANUMAN” ?

Because it's their God in MCU. It's not from the comics and introduced only in the film but all references to Hanuman were censored from screenings of Black Panther in the India due to religious persons getting offended.

But this censorship even angered many Indian fans too.

While many felt that this was CBFC’s doing, our sources have told us that “it is not CBFC who muted the word Hanuman but it’s the producers of the movie in India who decided to do this.”

In the comics, Ghekre the Ape God is the central figure of the White Gorilla Cult, a religion banished from the Wakandan society but still practiced among the Jabari and led by M'Baku. Historically, Ghekre is a Baoulé deity worshipped in West Africa.

So they just changed the name to that of an Indian god.

Did they know about our Indian gods?

That we can't say yet, in MCU we know only about Hnauman being Wakanda god. And Indian gods getting mentioned and then censored in Hollywood is not so new concept:

Did the line about Krishna get altered in X-Men: Apocalypse?

24
Did the line about Krishna get altered in X-Men: Apocalypse?

5
What did the Bishop mean by his "last remittance"?
5
Why does Negan keep saying he needs to shave?
8
What is this and why does Gao never use it again?
6
The two million never got to the island. What does this phrase mean?
32
How and why did T'Challa have the Black Panther power already?
18
What are the other tribes that live in Wakanda and why didn't they help during the uprising?
6
Why the Golden Jaguar suit instead of Black Panther?
4
Did the Black Panther score use Didgeridoos?
51
What accent did the actors use in Black Panther?
7
How did the Border Tribe plan to subdue Black Panther?