Was there a real city on which the movie Nightmare on Elm Street was based?

Where was the house on Elm street filmed in the A Nightmare on Elm Street and what city was it supposed to be in the movie?

This part of the film was that supposed to look like the 60s is a clue in the movie. I know it was said that the idea came from refuges that died in their sleep but I wasn't satisfied with that answer and wonder if it's possible that there is some truth that is deeper.

Yes. The movie was based on many of Craven's childhood memories, all of which happened in Los Angeles, CA. The initial concept was loosely based on actual cases of refugees from Laos, Cambodia and Vietnam having a series of terrifying nightmares and then dying in their sleep shortly thereafter.

Freddie Kruger was originally intended to be a child molester, but a spate of molestation cases had occurred during production and he didn't want to be accused of exploiting the cases. The character's name was the name of a boy who had bullied Craven in Elementary School.

The decision to set the movie in a small town in Ohio, and on Elm Street, was made so that it had a broader appeal to rural Americans.

My answer is from unofficial sources and articles both fiction and nonfiction from what was said and not said. I am aware of the official answer given by Wes Craven but this is not that answer.

The fictional address of the house that appears in the film is 1428 Elm Street; the actual house is a private home located in Los Angeles on 1428 North Genesee Avenue."

I googled mapped street viewed it and added the picture below with the link to see the whole street.

Google's maps are slightly off but you can see the address on the door frame. 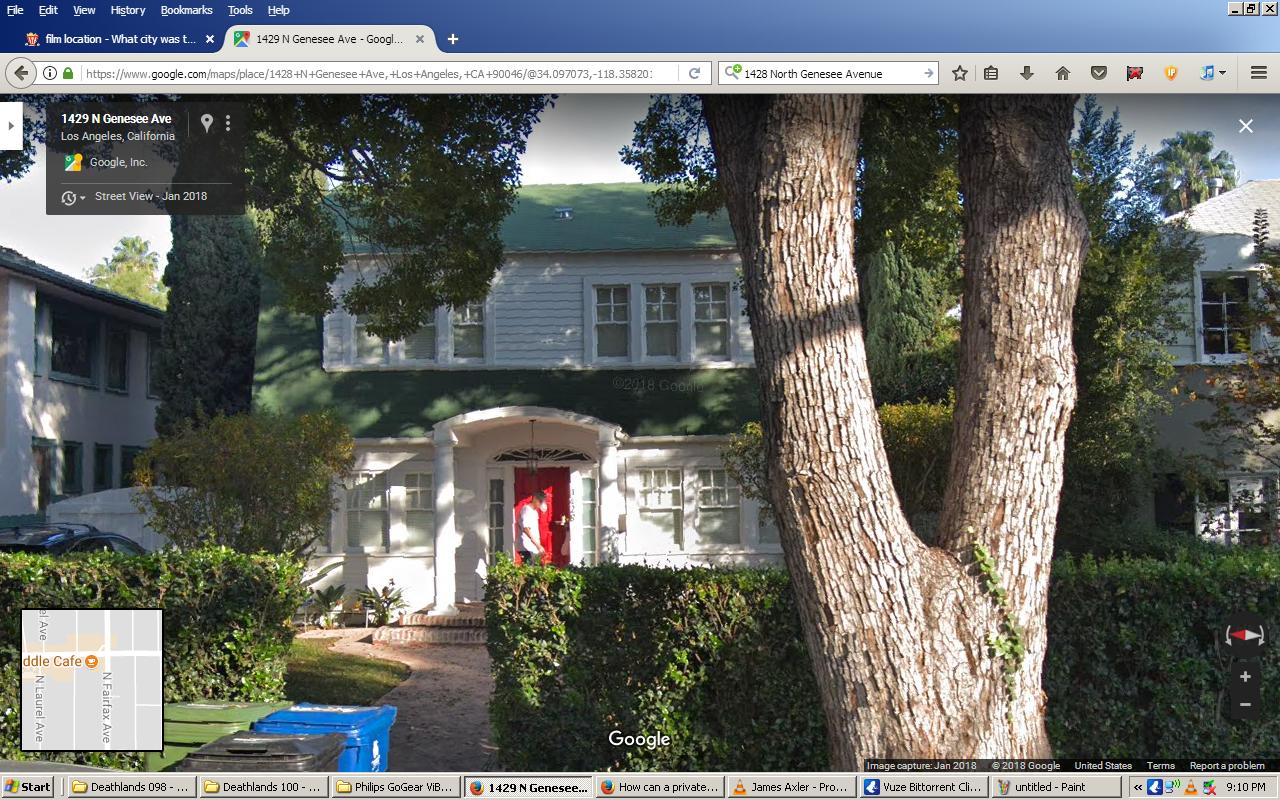 Now in the movie it appears to be in the city of Springwood, Ohio from the newspapers from the movies.

There is no actual place in Ohio to come close to the city name Springwood in the movie.

Although, I did find this place called Helltown along a road called Riverview, previously Boston Township founded in 1775 is one of the nine townships of the Summit County, Ohio, United States, about 23 miles south of Cleveland.

The city slogan is a very similar match to the welcome sign in the movie. The city was shut down from all the Satanic worship and unsolved missing children from the 60s in that area and as rituals go ritual probably go back to 1775.

In 1974, President Ford signed a legislation that allowed the National Parks Service to buy the area and turn it into a national park. There was no real park ever made nor did it have any real unique features and never really became a park.

No spills or hardship and some of the houses where unusually extravagant for the area to be shut down the way it was. Maybe the majority of the people was just evil and as an extra measure they closed the land. I could not find any official reason why that location was chosen for a park.

The Army was called in to remove the people in that area.

Video of locales being ran out of their homes.

I think some really evil cult shtuff when down by some evil people and they ment to stop it for ever. By some chance the land was damned they evacuated the area.

Remember the scene on the movie with the school bus.....the rusting bus in the picture(photoshoped) below was said in that area of a killing spree where at least a dozen children were hacked to death on a school bus. Don't fall asleep and miss your stop. 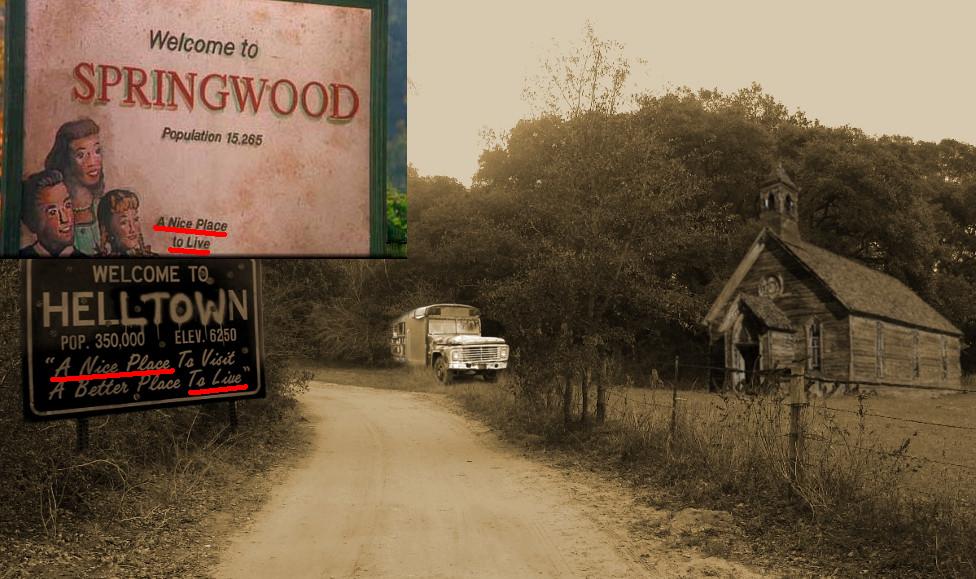 The sign above is the actual welcome sign but the picture was photoshoped. Notice the slogan for the movie compared to the one in Helltown.

Children went missing at night while they were sleeping and taken to this church next to the bus where Rituals were done to them in the basement. I included another picture of the church before the city was shut down. 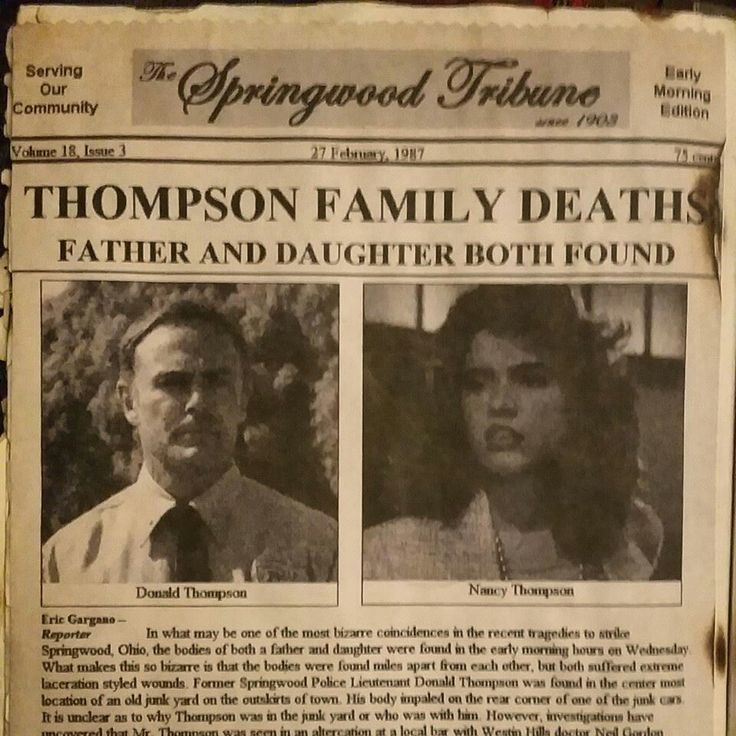 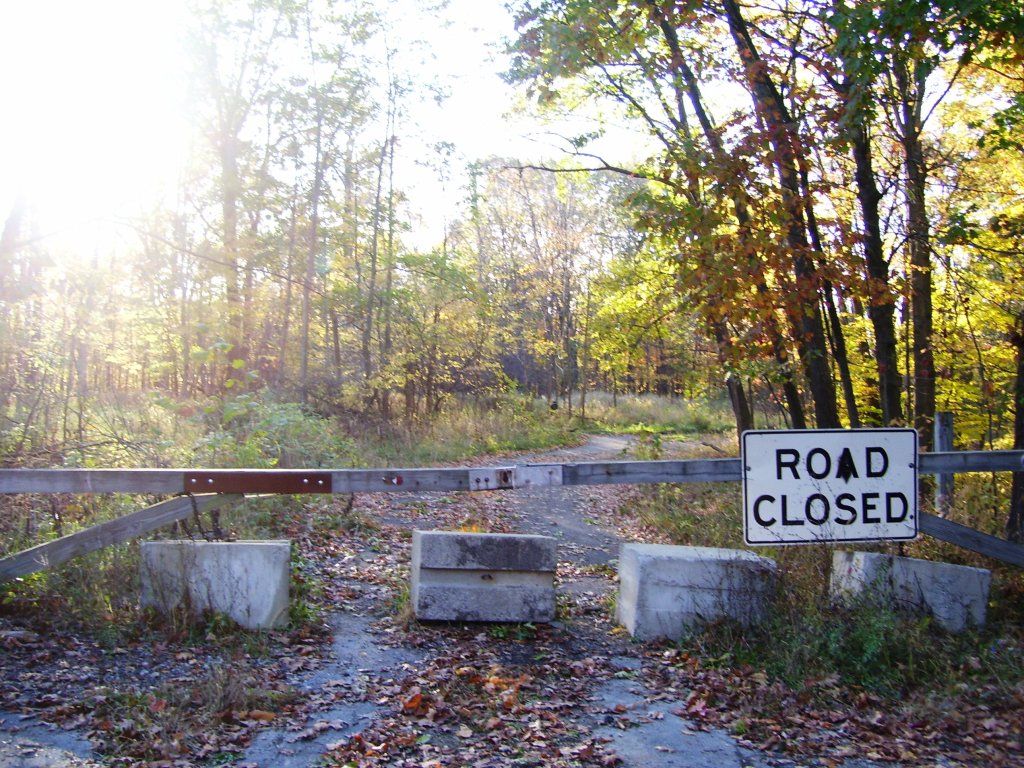 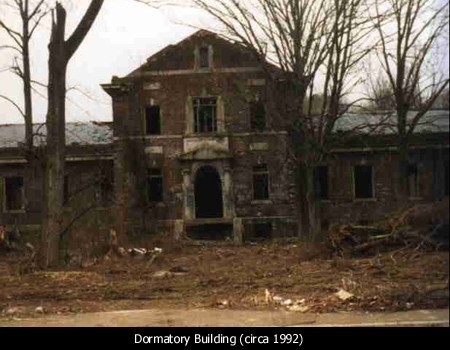 Houses that was abandoned in the 90s look similar to the Elm Street in the movie. 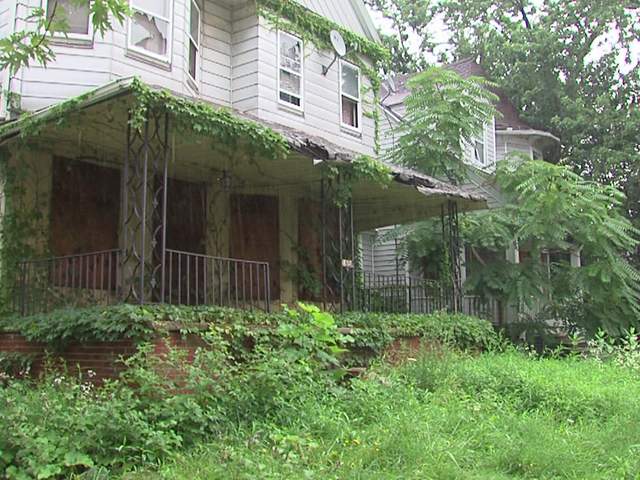 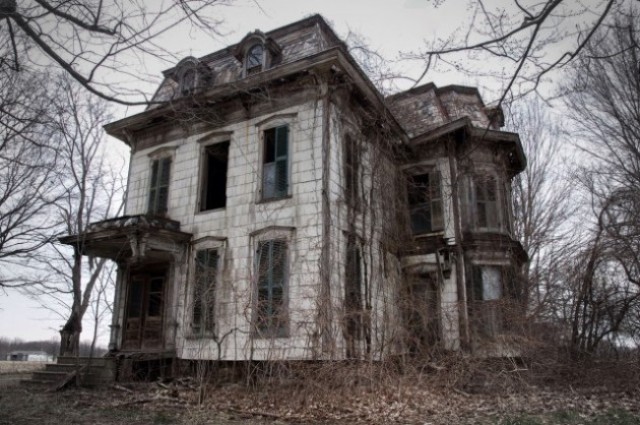 The jail was the last part of the city to close in the 90s about 30 years after the city was closed. I could only imagine that the perpetrators were kept there until death. 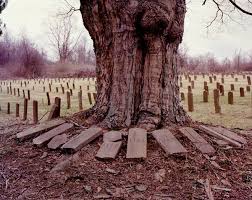 Graves of children around an Elm tree. 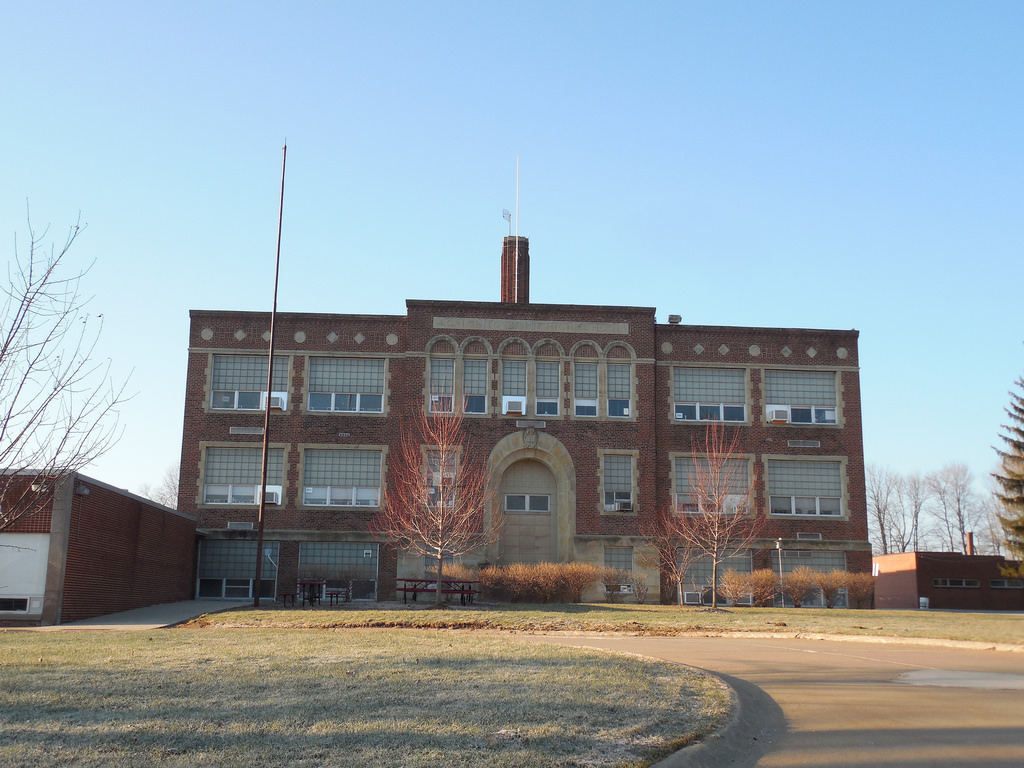 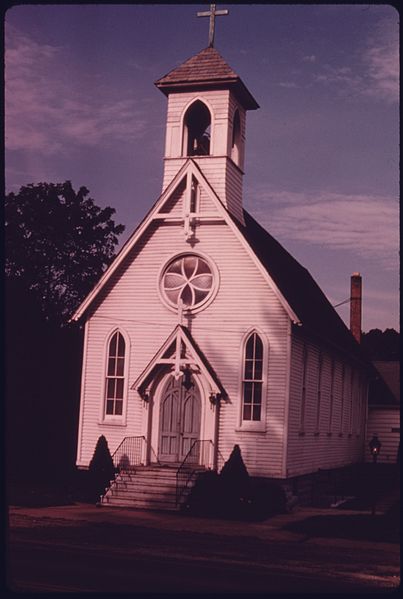 Notice the upside down crosses. Blueprints for this church was used across the US. 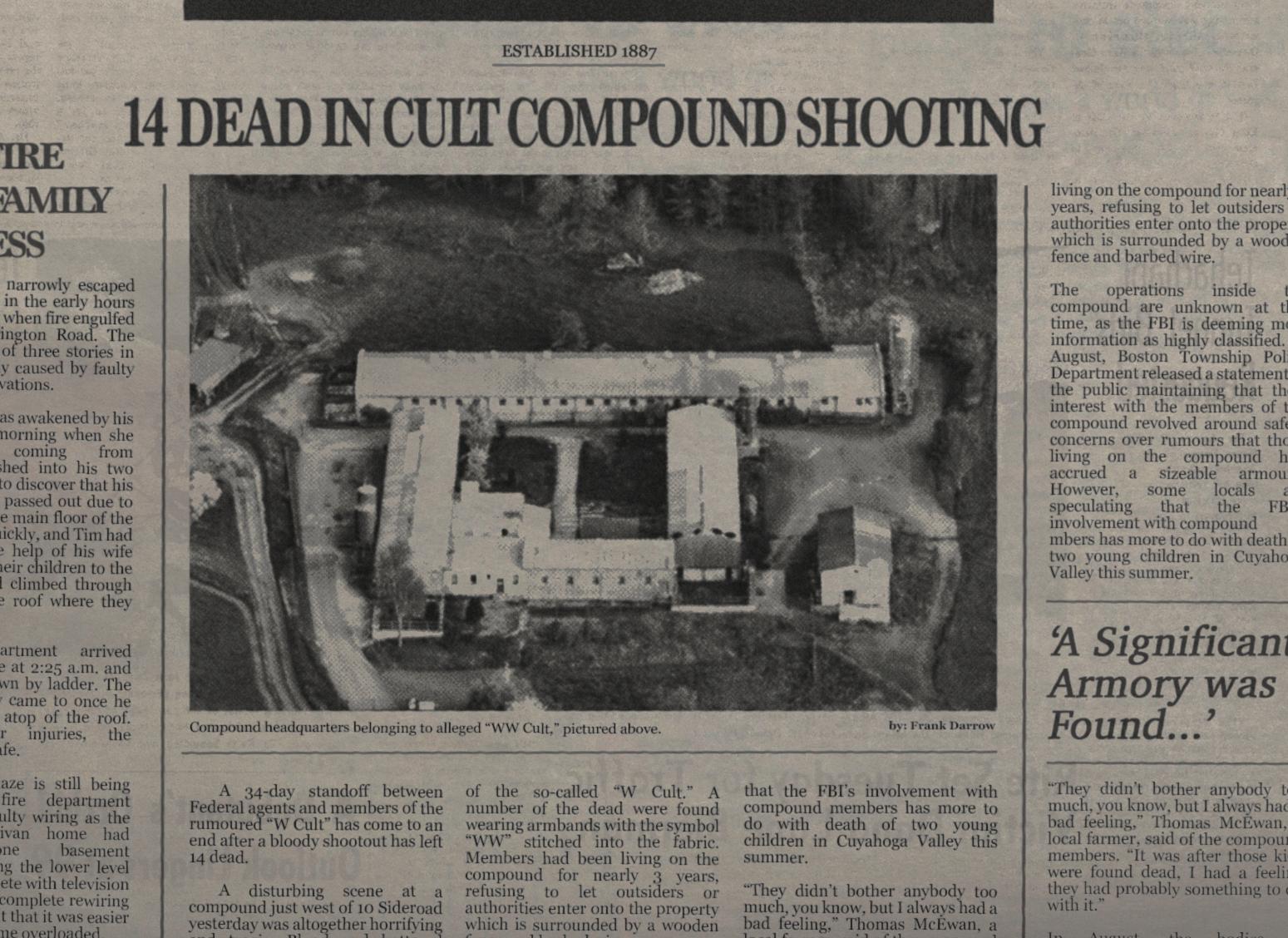 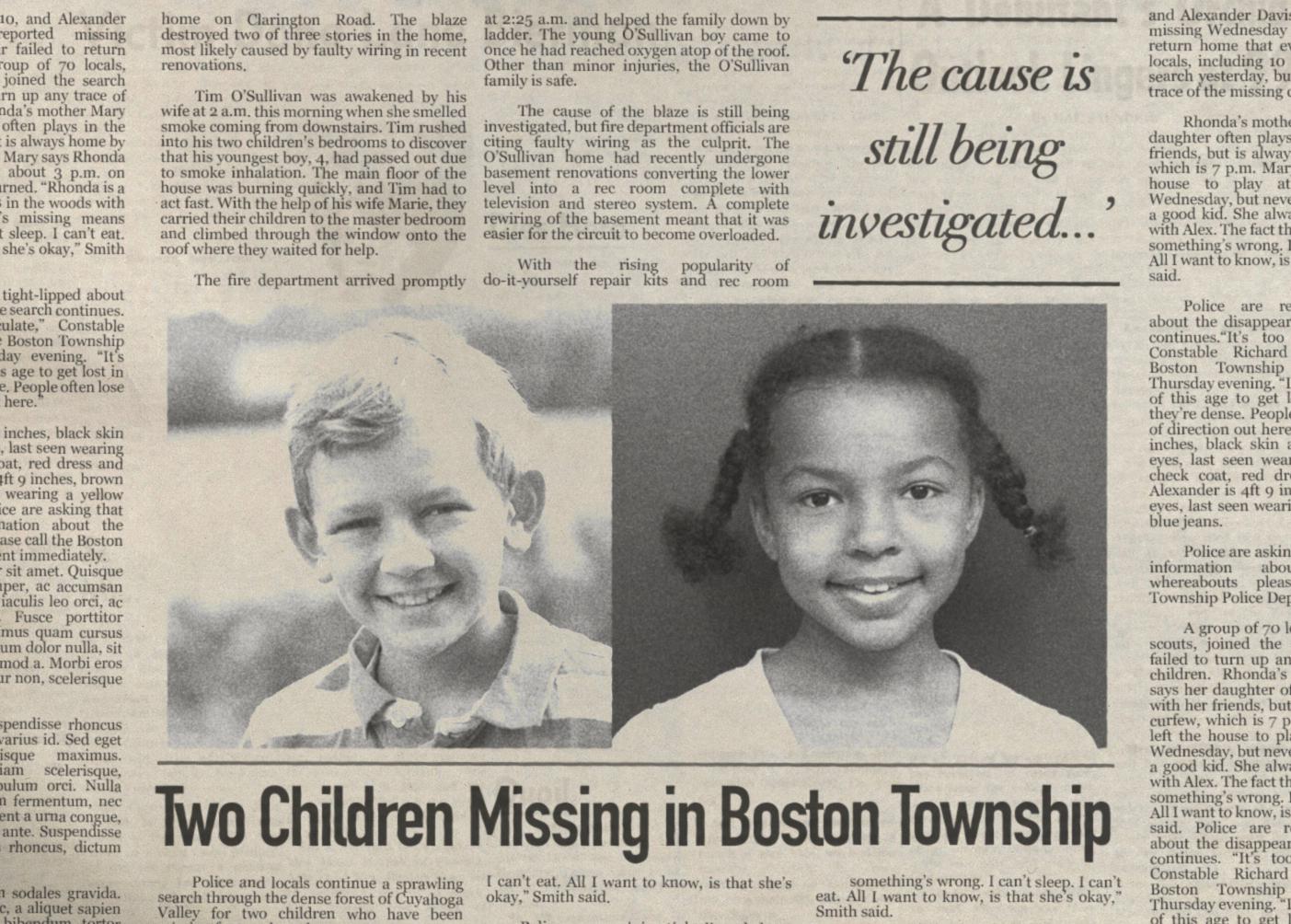 Photos of actual missing children from this town looks similar to the movie newspaper. 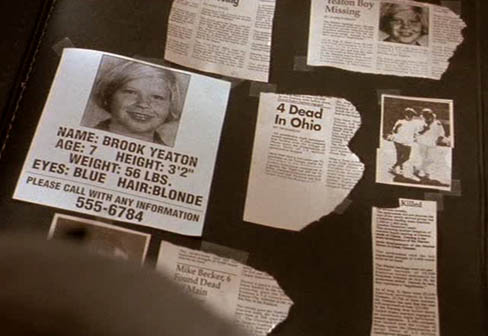 This would make a good bases for this horror movie. Exact detail are unconfirmed, but you can Google Helltown, Ohio and decide for yourselves.

29
Why is it 'Elm' in 'A Nightmare on Elm Street'?
14
Where was the opening scene of Knight and Day filmed?
14
Why was Gotham City moved to New York City in The Dark Knight Rises?
5
Was there a real Skyfall house in Scotland?
12
Is the Los Pollos Hermanos eatery a real place or a movie set?
1
Where was the 1952 movie "Hong Kong" filmed?
13
Who really designed The Lake House and under what considerations?
2
How do film producers and crews film movies based on entire or just a proportion of towns and cities (real cities and towns)?
5
Which real British railway station features in the 1961 film The Rebel (US title: Call Me Genius) starrring Tony Hancock?