There are a lot of discussions happening presently regarding the opening of Infinity War, and specifically the absence of Valkyrie from the Asgardian refugee ship.

Tessa Thompson, who plays the character has even humorously weighed in, which may imply that even she doesn't in fact know... 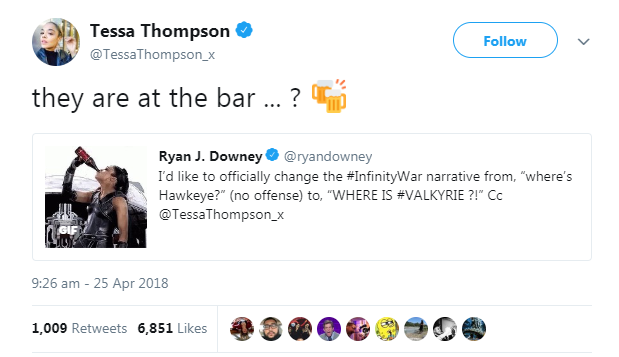 Is there any indication within the film what fate may have befallen her? it seems odd to kill off a character off screen, who was so prominent in the last Thor film. Is she even mentioned?

character marvel-cinematic-universe avengers-infinity-war
Share
Improve this question
edited May 1, 2018 at 9:40

Thor mentioned in the film itself that Thanos killed half of his people only:

Thor: There's six stones out there. Thanos already has the Power Stone because he stole it last week, when he decimated Xandar. He stole the Space Stone from me, when he destroyed my ship and slaughtered half my people. The Time and Mind Stones are safe on Earth. They're with the Avengers. source

According to the Redditor, Russo confirmed Valkyrie did survive Thanos’ ambush of the Sanctuary II. The director did not say how, but he did say a portion of the Asgardians also survived. Russo said escape pods ferried those survivors away from the battle, giving the Asgardian race the chance to escape extinction. It is very possible the Valkyrie was charged with overseeing that evacuation since most of the Asgardian refugees were simple civilians.

So she survived and is roaming around somewhere.

Or maybe she just became a goat ;p 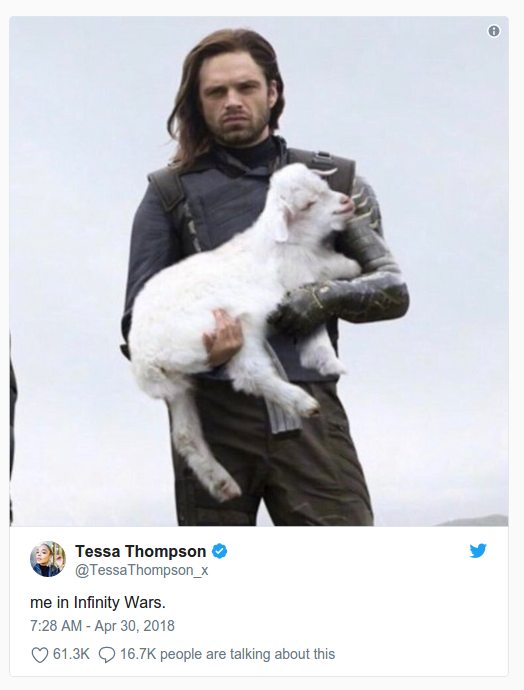 Valkyrie is alive and well in New Asgard after the event of Avengers: Infinity War. She even participates in the final showdown with other female heroes on a winged horse after Hulk's snap.

39
Avengers Infinity War: Casualty List?
18
How do the surviving Asgardians get to Earth?
2
What happened to Asgardian refugees in Infinity war?

2
Where was Rhodey?
61
Was Thanos really committed or just a hypocrite?
7
What was Thanos referring to?
16
Where was Thanos before the events of Avengers: Infinity War?
10
Does Thanos just instinctively know how to use the Infinity Stones or was he preparing beforehand?
6
Why didn't Nick Fury do something and where was he?
14
Where was Karl Mordo in Infinity War?
13
How did Valkyrie get a pegasus in "Endgame"?
8
Why wasn't Valkyrie present at the funeral?
4
How did Proxima Midnight know Wanda was protecting the Stone?