How did they film the scene that showed Leonel Salamanca's amputated legs in S03E08?

In Breaking Bad S03E08 I see you, Leonel Salamanca, portrayed by Daniel Moncada, is shown sitting up, with amputated legs, on a hospital bed.

The image is clear and seemingly full of honesty, leaving me intrigued as to how they did this, as the actor has since been seen with legs.

I can't find any exact answer for how Breaking Bad did it but it can be "Use a green stocking" (or combination of other listed method), as we get every angle shot and his legs were not looking thick and he even change positions too: 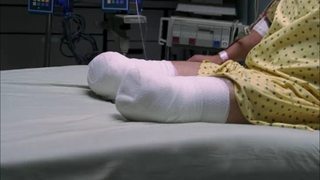 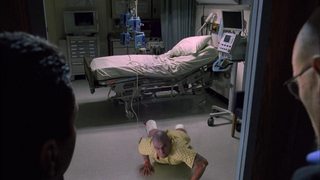 The Popping Post explains the missing limb technique pretty well including "Use a green stocking" :

In reality, there are a number of ways to show missing limbs in film:

1. Use a green stocking 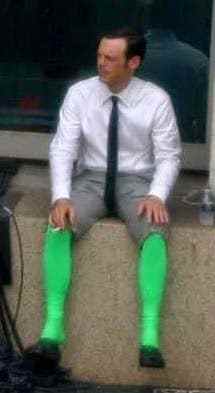 Green screen is the common term for “chroma keying”, where you superimpose another image/background over an existing shot. This is done by making sure that the area which is to be superimposed is all of the same colour (usually green, hence the term “green screen”). Later on, everything which is of that colour can be removed and replaced with a visual of the director’s choice.

So when movies or television shows need to show that an actor has a prosthetic limb (or no limb at all), one technique is to have that performer wear a green stocking over the limb that has to be edited out.

For smaller appendages, like fingers, toes or even ears, make-up will do the trick. This is known as practical effects (as opposed to digital effects), and it’s simple enough that you could do it on your own for Halloween if you wanted to.

Where does the missing appendage go, then? It’s hidden out of sight, usually bent in a position so that the camera can’t see it. But from the right angles, it looks like the finger has been totally lopped off.

3. Bend the knees or elbows as much as possible

If you can do an Asian squat or yoga, chances are you’ll have realised that it’s possible for your knee to bend almost 180 degrees, with your calf pressing against your thigh.

One of the older techniques for hiding missing limbs was to strap the actor’s calf to his thigh, and let him wear looser (but not baggy) pants. His legs would just be able to fit inside the pant leg, and it would seem as if he was missing the bottom half of his leg.

4. Create secret holes for limbs to go through 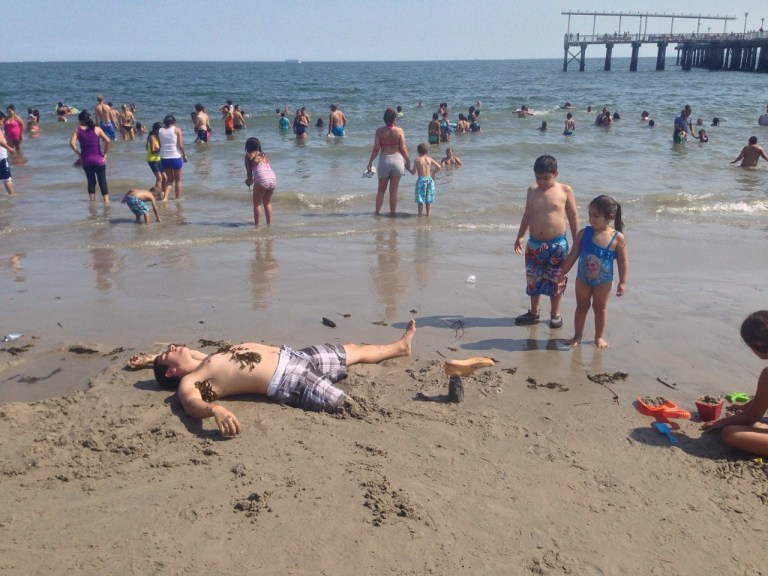 The hospital is one of the most common locations where a character is revealed to have lost his limb. However, since the character is sitting on a bed, what they actually do is to create a hole where the character’s leg can go through (around knee-level). Then a bandage is used to hide that insertion point, so that it looks like the character has well and truly lost his leg.

5. Get a real amputee to stand in

In the BBC mystery series Strike (based on the Comoran Strike series of detective novels by J.K. Rowling) (yes, that J.K. Rowling, who writes under the pseudonym Robert Galbraith), Comoran Strike (played by Tom Burke) loses his leg. For a TV series, it manages to depict his missing limb very convincingly – with one age-old technique.

They managed to get an amputee double whose limbs were about the same proportions as actor Tom Burke, but happened to be missing the exact limb as the character he was playing.

Not the answer you're looking for? Browse other questions tagged film-techniques breaking-bad effects .