Can this Pocahontas quote be traced back to a source?

The quote is from the song "Colors of the Wind" from Disney feature film Pocahontas:

Song writers are talented people but I believe they often get inspiration for text from somewhere else. Who might have inspired this?

I don't have any special knowledge of the authors, but my grandparents (one part Cherokee, the other part Osage) used to have a hanging in their house in the 70's that read, "Never judge a man until you've walked a mile in his moccasins." 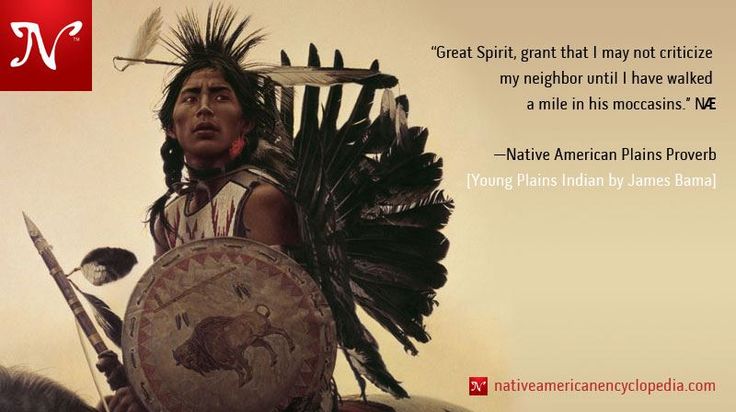 There are many, many references online to this being an old Native American proverb. I'm skeptical*, but for our purposes here the story of it being a Native American saying may have been an influence. The lyrics in question seem to be saying roughly the same thing.

* - This story, of it being written by Methodist minister Mary T. Lathrap in 1895 is one possible source.

14
Was the Johnny B. Goode scene from Back to The Future inspired from Top Secret?
3
Did Pocahontas quote Greek philosophy?
21
Was there an intentional reference with the quote “smoking cigarettes and watching Captain Kangaroo”?
4
Are 'the prisoner's card numbers '666' a reference to a certain aspect of the plot? Does it repeat along the series?