Why didn't Thor take Loki's sceptre at the end of The Avengers?

At the end of The Avengers, Thor takes Loki as prisoner & also takes the Tessaract, to be placed in Asgard.

But why didn't he also take Loki's sceptre with him?

It was a source of power & mind control which was later revealed to be the Mind Infinity Stone. 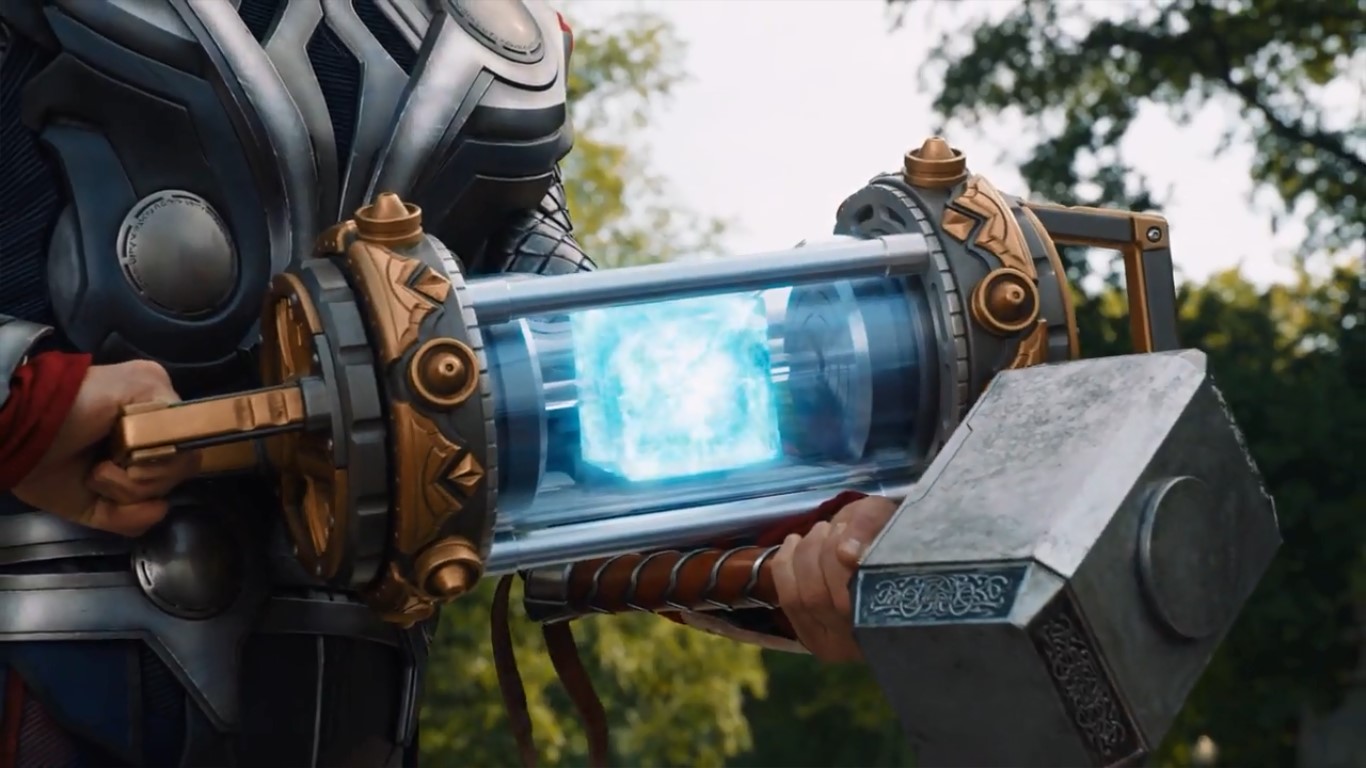 Because it didn't belong to Asgard

The Tesseract was originally an Asgardian possession and so, rightfully, belonged in Odin's Vault.

The sceptre was NOT an Asgardian possession.., assuming Thor actually knew it had "abilities" separate from the Tesseract (of which there is no indication) let alone that Infinity Stones even existed.

Consequently, it was, apparently, salvaged by S.H.I.E.L.D. and, eventually fell into the hands of HYDRA

The fate of the scepter is covered in This Scepter'd Isle

With the Battle of New York concluded, the Scepter that was used by the Asgardian war criminal Loki is given to S.H.I.E.L.D. scientists Nicholas Cooper and Mark Smith for study. Smith, who abhors his scientific position, is approached by secret HYDRA leader Wolfgang von Strucker to join HYDRA, which is working within S.H.I.E.L.D. Accepting Strucker's offer, Smith steals the scepter and kills Cooper, bringing it to Strucker's facility in Sokovia, a European country embroiled in constant conflict.

Lokis sceptre was likely left with S.H.I.E.L.D for further research at the end of The Avengers.

This is probably because although everyone knew it had mind control capabilities, they did not know it contained an infinity stone itself so it was not in Asgards interest to keep it locked away like the Tesseract.

0
Why didn't Thor take Loki's staff with him?

20
How did Ultron come to be in the Sceptre?
16
Thanos is not the only one to wield 2 infinity stones
9
Why didn't the Avengers use the Mind stone to change the minds of the Black Order or Thanos?
1
When Thanos asked for Tesseract why didn't Loki just lie?
1
How does Loki get this?
10
How was Thor allowed to bring Loki and the Tesseract back to Asgard in the first Avengers movie?
0
Why didn't an Asgardian go to Earth sooner?