Is it a real life financial institution that appeared in the movie Margin Call?

In the movie Margin Call, I am wondering if this unnamed investment bank was real? As it was inspired by a true story. 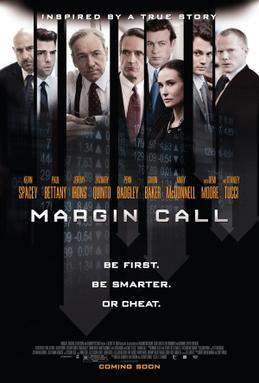 There isn't one investment bank that Margin Call is based on.

There were several banks in mid-2008 who recognized around the same time that the mortgage-backed securities they bundled and sold were a lot less stable than previous thought. To avoid holding them on the books they tried to sell them as fast as they could.

For dramatic effect they condensed the timeline of events. The scene that shows them selling over one day really took around 6 weeks.

Not the answer you're looking for? Browse other questions tagged margin-call .

5
What does Will want to say with his response to Eric's bridge analogy?
4
Why did Eric Dale still have the pen drive after his termination?
3
Why did employees get fired before the big recession?
4
Why is Eric Dale brought back to the firm for just one day?