Did George Mason plan to escape?

In the second episode of Season 2 of 24, George Mason, the director of CTU reads a threat assessment which concludes that there is a 89 - 93 % chance of successful detonation of nuclear bomb in Los Angeles. After this, he leaves to Bakersfield to follow up a lead, or at least this is what he tells to the second-in-command, Tony Almeida. Did Mason try to escape the nuclear blast or did he really follow a lead?

After George Mason read the document, he looks frightened. After some hesitation, he takes his jacket and briefcase and appears to be determined to leave.

On his way, Tony Almeida tells him

George, where are you going? (...) If you're just trying to get outside the blast radius...

Based on George's vague answer and behavior, he really seems to be wanting to escape L.A. (while it's never said explicitly) where a bomb is said to explode soon 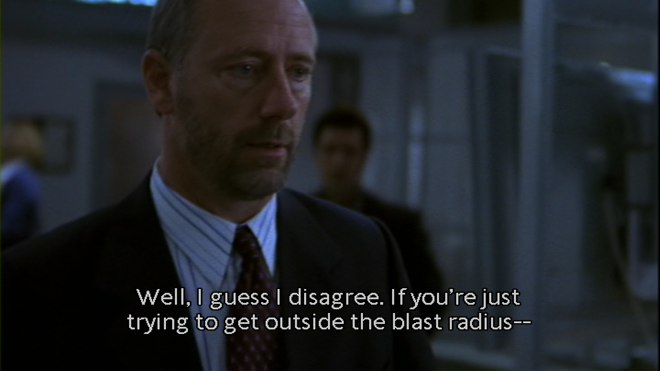 on his way to (supposedly) Bakersfield, George happens to be irradiated with radioactive particles and has no more than a few days to live. He then decides to be back fully and help the investigation as much as he can.

George tries so hard to get things move along at CTU that Tony (Tony doesn't know GM is dying) tells him "I don't get you. One minute you're trying to save your own ass. The next you're trying to act as if you give a damn about anybody but yourself."

That kind of confirms that George Mason was really trying to escape from the blast.

3
What did Hannah use to escape?
9
Why did Nina Myers help Jack Bauer if she was a mole?
5
Why did Jack kill this character?
6
Why is Jack Bauer always right, above the law and free to do what he desires, but no one else is?
6
How did Joy escape?
7
Did Perry Mason ever lose a case?
2
How did George get the antidote?
0
Where did Taylor Mason find their new partner?
0
Did Cobb plan the first burglary?