Future Diary plot explanation, in regards to the winning condition

I am confused about The Future Diary's winning condition. 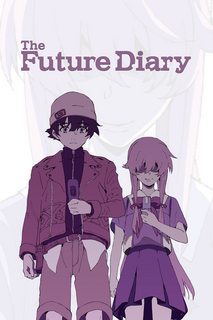 The way I understand it is that when Yuno killed Eighth, at that point Yukiteru was supposed to become god. My reasoning is that in the first universe, Yuno won the game and became God when Yukiteru committed suicide. Then she moved to the second universe and killed her second-universe self.

So when Yuno kills Eighth, that should make Yukkii the winner of the game and the universe's new god, as he's the only survivor left from that universe. He does not become god at that point, however, so I must be missing something here.

The game rules don't take into account the fact that Yuno is actually from another universe.

All that matters is that she's a Diary holder, just the same as the other eleven. So when Eighth dies, there are still two participants left: Yukkii and Yuno. (In fact, I believe Ninth was still alive at that point as well, so Yukkii wouldn't have won the game anyway. It's been a while since I watched the show, though, so I don't quite remember.)

As for your other question, I'm afraid I don't quite remember the answer to that either, but it's most likely that Universe 1 was indeed destroyed, either when Yuno jumped across to Universe 2, or when she killed herself in Universe 3.

Not the answer you're looking for? Browse other questions tagged plot-explanation the-future-diary .

14
How did the bad guy actually die in Iron Man 3?
41
Why this turn in Shae's character?
5
Why does Amenadiel think he is no longer worthy to have his powers?
6
How did "Ten Second Tom" know where he was going?
4
Why did the werewolf kill an "innocent" victim?
5
When did Alonzo decide to do what he did to Jake?
3
How does Arno stop/steal Howard's first bet winning?
5
Did Arthur kill his imaginary girlfriend - the one that lived in his apartment?
1
Was Agathe's hand supposed to be trembling playing roshambo against John?