Is Doraemon really based on a story of a kid who committed suicide?

In the famous anime Doraemon, the main character is Nobita who takes help from a robot called Doraemon but there is a repeatedly circulation story about Nobita's character being based on a kid with mental disorder who committed suicide on all over social network sites like Facebook etc with this image: 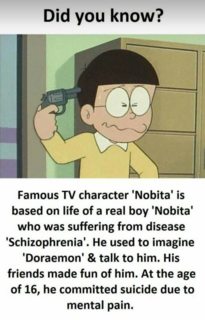 Is there any truth behind this?

No, it is not. This is just an internet hoax created to make people feel sympathy and gain more views and likes on the posts on Facebook, Instagram etc. Sorry to say, but creating such emotional posts with false facts has become a popular way to gain more likes and views.

Doraemon (Japanese: ドラえもん) is a Japanese manga series written and illustrated by Fujiko F. Fujio. The series has also been adapted into a successful anime series and media franchise. The story revolves around a robotic cat named Doraemon, who travels back in time from the 22nd century to aid a pre-teen boy named Nobita Nobi (野比のび太 Nobi Nobita).

And from Wiki page for Fujiko,

Doraemon was created in 1969 and immediately surged in popularity with children in Japan. CoroCoro Comic released its first issue in 1977 to showcase the works of Fujiko Fujio. With syndication of Doraemon on TV Asahi in 1979, a surge of popularity saw up to a dozen collaborative and solo works by Fujimoto and Abiko picked up for publication and syndication throughout the 1980s.

There is no official words by Doraemon creator regarding this.

If you don't believe me, see this image, 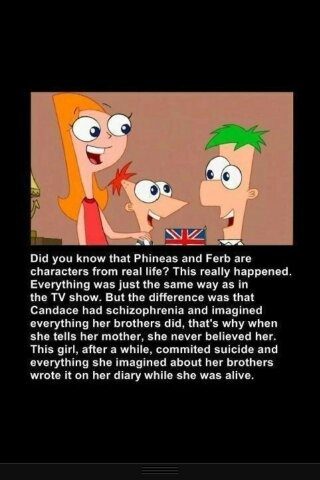 You can see both had the same disease and used to imaging things. And the whole story is almost same in both cases. This just doesn't prove that what said in those images is true.

You will find many more images like these. Anybody can alter the story (as shown in the show) and relate it to some child in real life, so people will feel sympathy for them, like and share the post. This is social media, you cannot trust any news or fact shown in the newsfeed blindly.

Not the answer you're looking for? Browse other questions tagged realism doraemon .

12
Why is it Okay for movies / TV shows, to show that their story is based on real events when it is actually not?
1
Is the movie I Origins based on a true story?
7
Uri Based on Real story?