In Despicable Me 2, when El Macho meets Gru and Lucy for the first time in the cupcake shop, he shows them the Mexico Flag tattoo on his chest.

Later in the movie, when El Macho reveals himself to Gru, his chest is tattoo-free!?

It would seem that the tattoo was fake, and was just another part of his Eduardo Perez disguise. When we see El Macho in flashback, he has no tattoo then either: 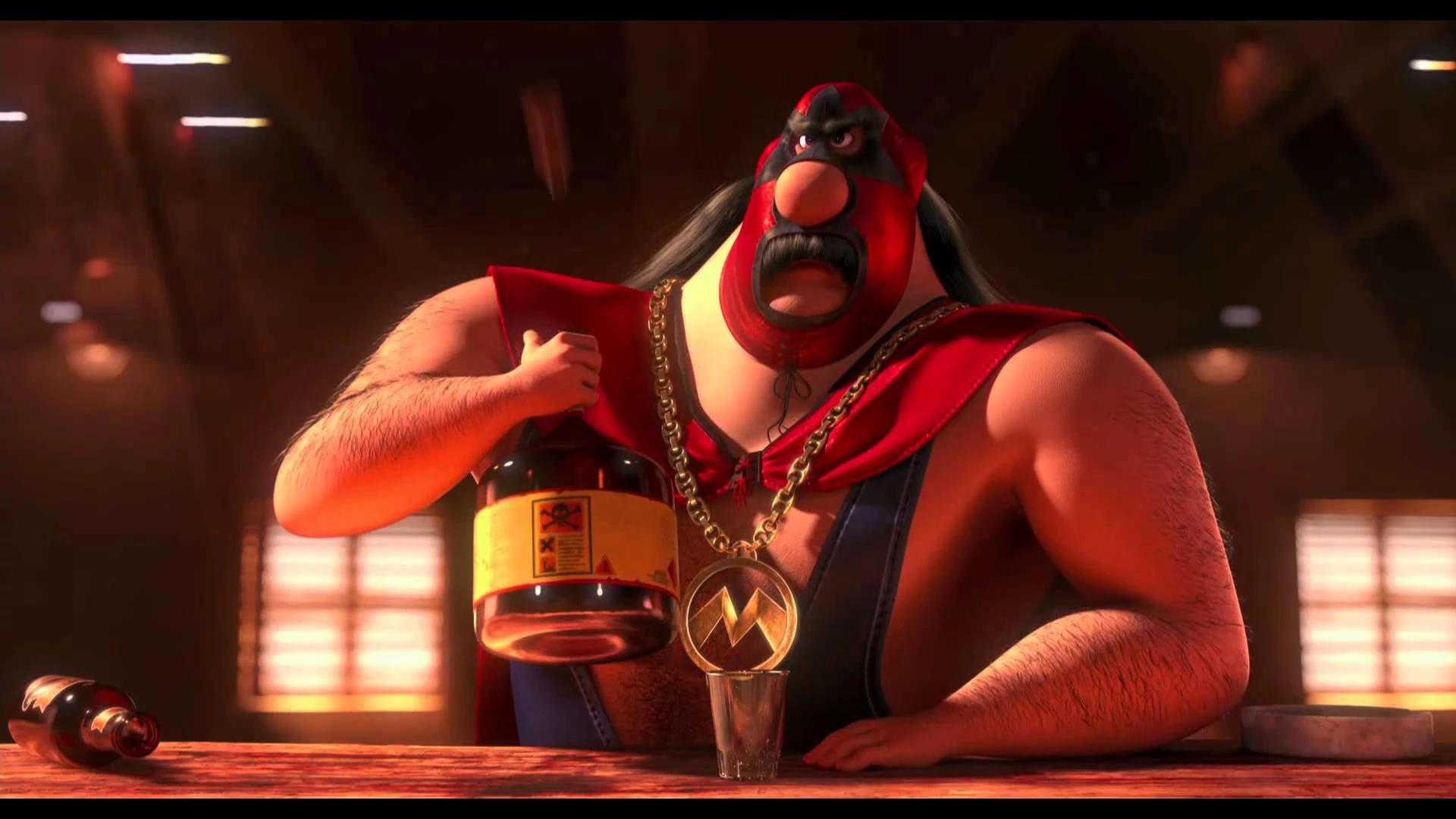 Gru (IIRC) had noticed during that first meeting that "Eduardo Perez" looked exactly like El Macho, and he probably wasn't the first. The fake tattoo is presumably meant to be "proof" that he isn't El Macho, since El Macho doesn't have that tattoo, and sure enough, when Gru meets El Macho later in the film, the tattoo is gone.

Not the answer you're looking for? Browse other questions tagged despicable-me-2 .

4
Why was there no female minion?
7
Why do Minions want to serve vicious villains?
2
Why would legendary villain “El Macho” have jumped into a volcano?
36
Why do Minions need to wear glasses?