How does Chidi suddenly speak English?

In an early episode of the first season of The Good Place, Chidi tells Eleanor that to him, everybody in the neighborhood is speaking French since the Good Place automatically translates speech into the language that you speak.

But in the last episode of season 2, we see Eleanor meet Chidi in real life and she speaks to him in English. When Chidi replies to her, he sounds exactly like he does when speaking in the afterlife: with perfect English and no accent whatsoever.

So how is it that Chidi suddenly speaks English, and if he spoke it perfectly all along, why did his dialogue have to be translated to or from French in The Good Place?

Note: Please upvote the question too!

His native language is French, but he went to American schools. He says

I grew up in Senegal so my native language is French. But I went to American schools, so I also speak English.

Here are some screenshots: 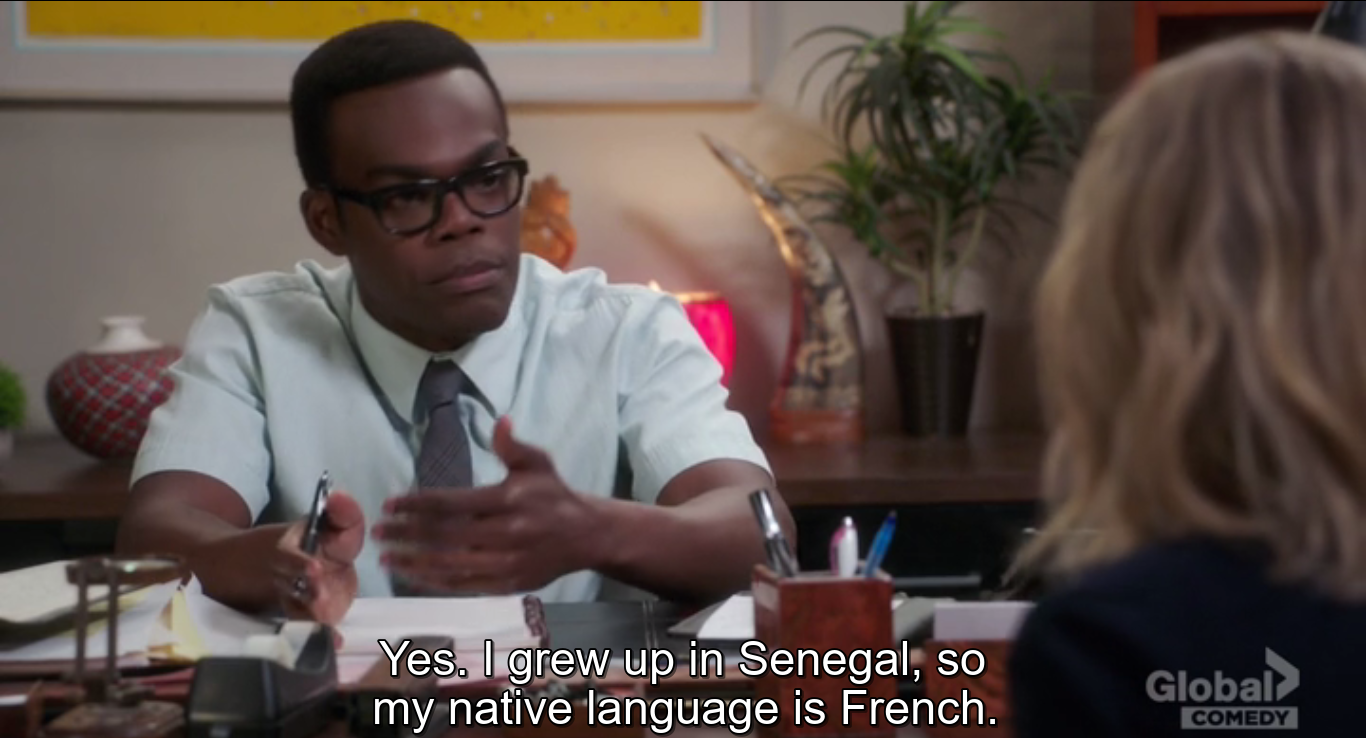 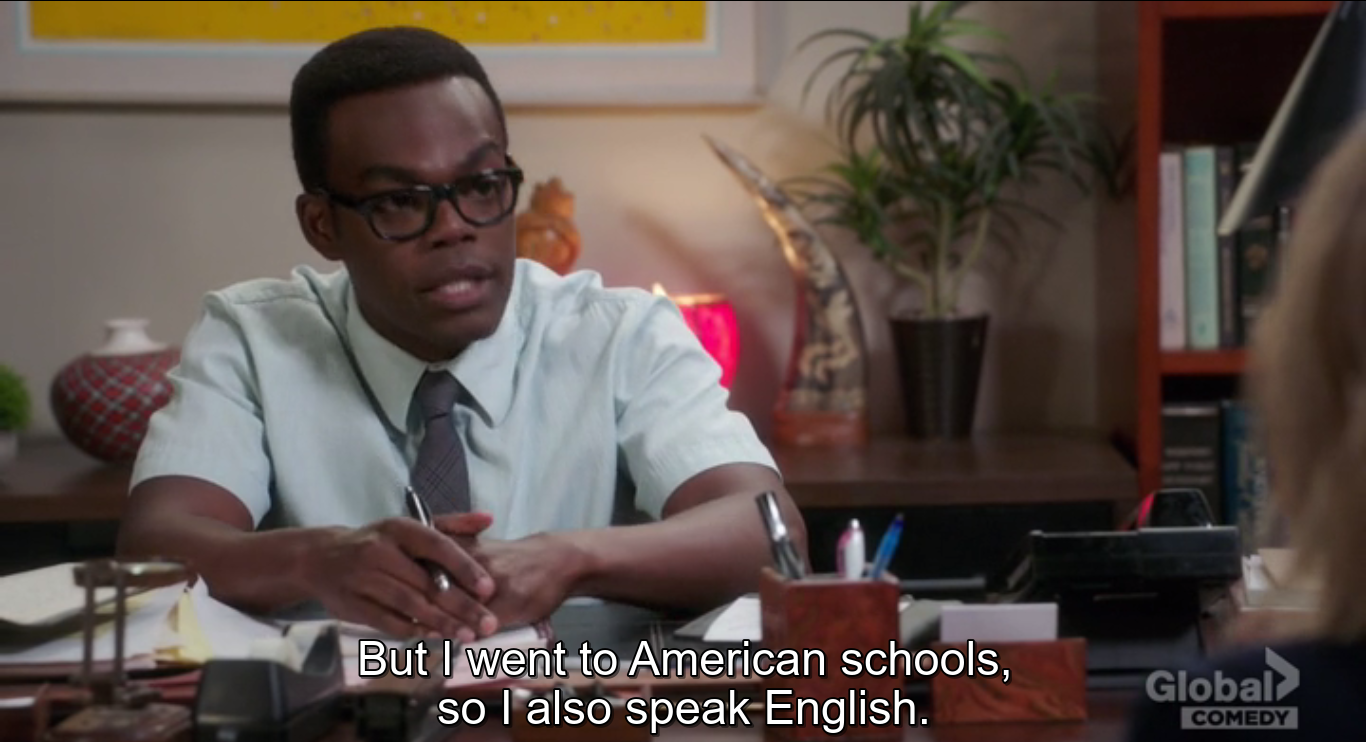 Edit: Actually, that the season 3 premiere addresses this question is mentioned in some articles: 1, 2 (this article claims this Chidi thing to be a 'massive' plot hole. lol 'massive' really?), 3. Apparently, a lot of people had this question at the end of s2.

Actually there's another question that one of the above articles asks

Why does Chidi have an American accent, then?

Well, according to The Good Place's creator Michael Schur, it was just a helluva lot easier that way.

Realistically it's a plot hole, if you wanted an in-universe explanation then technically it's never stated that Chidi can't speak English, and it would still make sense for it to be translated into French in the Good Place if it was his first language since that's pretty much always going to be more comfortable even if fluent in the secondary language.

He teaches at an English-speaking university, of course he speaks English

While he assumes he is in the Good Place Chidi might well choose to speak French, his native language, but when Eleanor meets him in the real world he is is a Professor at an English-speaking university in an English speaking country. It is totally natural for him to default to English there.

And we know he is a cosmopolitan person who has travelled and been educated in more than one country. While his native country's language is French, he was probably educated in English from a young age and, since he has worked in english-speaking countries for some time (it must have taken him some time to write his long book and climb up the ladder of his profession) we can assume his English is good.

So there is no obvious plot hole or contradiction in what the show shows us. Chidi is fluent in more than one language. While in the Good Place he might choose to speak French (and this gives the show an excuse to show us some of the features supposedly making it the good place) there is no contradiction to his speaking English fluently while in an Australian university in the real world.

Not the answer you're looking for? Browse other questions tagged character the-good-place .

16
Why does Rorschach speak with such a growly voice?
4
How many languages does Oliver Queen speak?
9
Why doesn't Hodor speak?
8
Was the plan ever for Chewbacca to speak English (or Galactic Basic)?
7
Why does "Time" speak with a German accent?
9
Why does MacKenzie McHale retain her cut-glass English accent?
9
Are any of the questions in Michael's test valid reasons for being sent to the Bad Place?
1
Why does Wonka speak French and German?
51
Why does Hollywood not use foreigners in foreigners' roles?