Why did the Jurassic Park gas-powered jeeps have amber tail lights?

Beyond the electric tour vehicles, Jurassic Park operates a number of gas-powered jeeps.

rescuing Dr. Malcolm from the T-Rex and Nedry attempting his escape

...show jeeps with bright, strong amber tail lights, instead of the expected red. As shown in the picture below, the normal red running lights aren't even on - they should be on whenever the headlights are.

A little poking around on the internet looking at pictures indicates they were mounted above the normal tail lights, so the expected lights are still present, but not nearly as bright as the ambers. 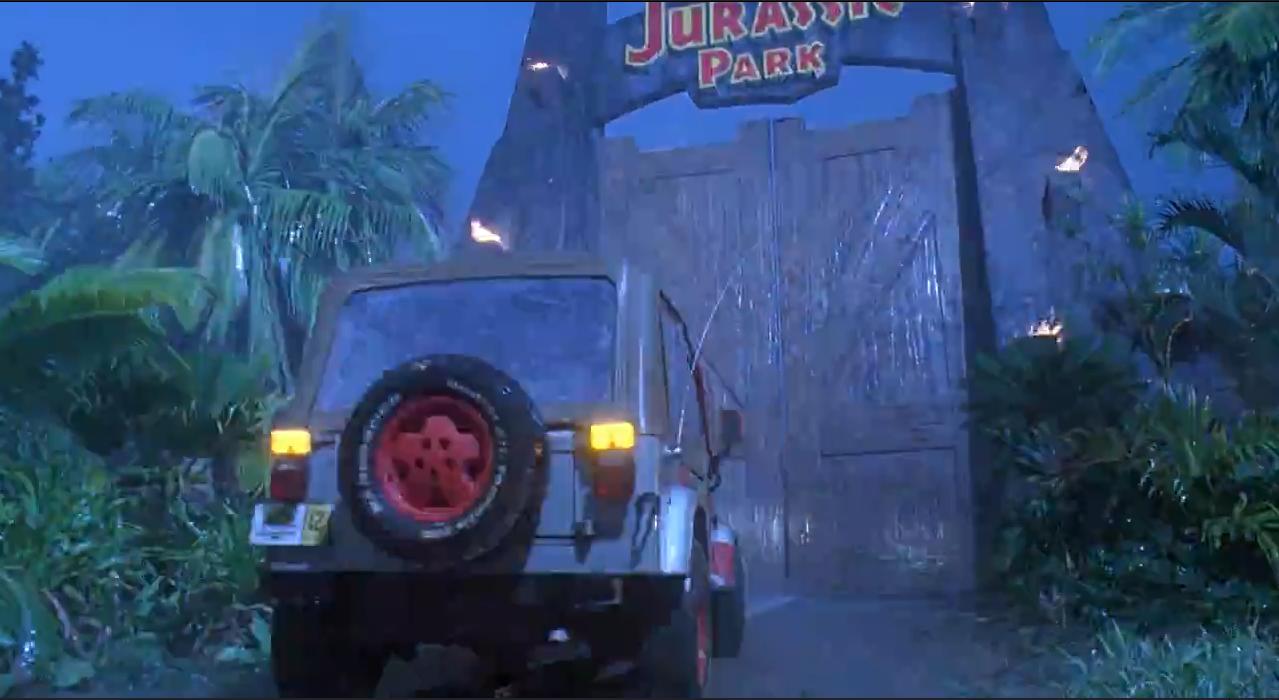 They're clearly not directional signals, because they're strongly and continuously lit. It's particularly clear in the night scenes...

They appear to be built from fog lamp components, but fog lights are low and have a wide beam angled toward the ground, which reduces glare and helps see the road. Normal headlights reflect off the water droplets and back into the driver's eyes, impairing visibility instead of improving it. There is no functional reason for high-mounted, rear-facing fog lamps - they'd actually be detrimental, not beneficial.

The question is what were the extra lights for? Why were they there?

In-universe answers are favored over out-of-universe answers, but either way I'm looking for word-of-god type answers. Opinions and suppositions, no matter how logical, are not valid answers.

Why did the Jurassic Park gas-powered jeeps have amber tail lights?

They're safety/hazard lights, and are used for two reasons:

There is no functional reason for high-mounted, rear-facing fog lamps.

Since these vehicles are driven off-road on an island with high growing vegetation, it would make sense to have lights mounted higher than lower; otherwise, their visibility could be obstructed by plants - an issue not present with conventional driving on a paved road.

From the Wiki entry of Isla Nublar:

From this, it would make sense to install additional safety lights on any vehicle that's not bound to a track, since there's constantly foggy weather.