Was Senator Pat Geary set up by the Corleone family?

According to the discussion regarding a typical deal between Michael Corleone and Sen. Pat Geary, in The Godfather: Part II, Michael refuses to pay anything extra to the senator, after which later in the movie Sen. Geary is found in a not so good condition with his mistress in one of the motels under Fredo’s (Michael’s elder brother) colleagues to which Tom is seen taking a glare of the situation. But the mystery is still unsolved...

Was the Sen. set up by The Don? If yes, then why? Was it all coincidences?

Well, the answers could be the same for all of the above questions, or they may not. Anybody with any idea?

Discussion between the two

Was the Sen. set up by The Don?

"That's how lethal the Corleone's were that they would send a guy like Neri to hurt a woman like that and kill her just to get this political figure in their pocket".

In the movie itself it's just heavily implied that this was a Corleone set-up.

Notwithstanding that Geary just happens to kill a prostitute in a Corleone-run brothel and has no memory of the incident there is a telling by-play in the middle of the scene.

While Geary is protesting his lack of memory and "it was just a game", we see Al Neri, a Corleone hitman/enforcer washing his hands in the rooms bathroom.

Hagen gives a head nod to Neri to indicate that Neri should make himself scarce. 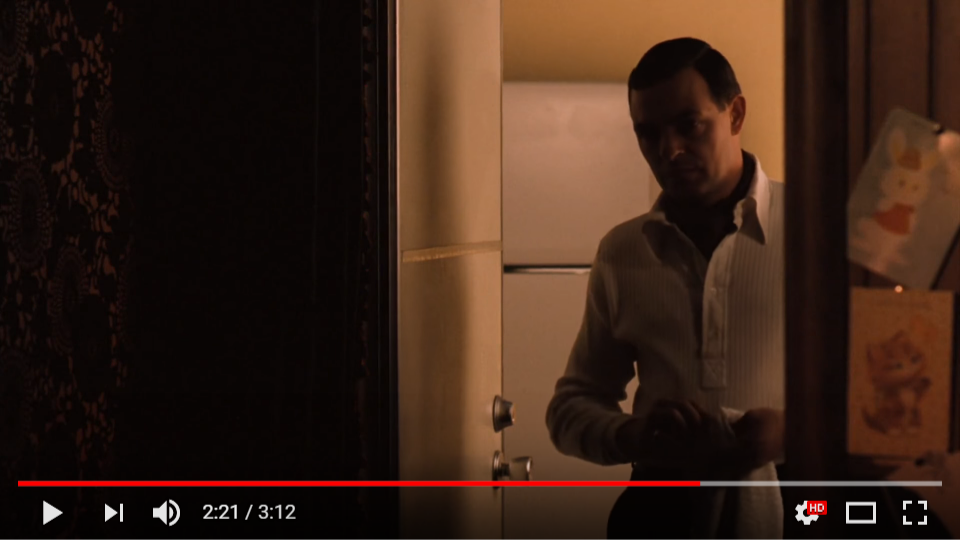 The original script does not contain this scene. Instead the Corleones set up Geary by paying off $30,000 of fake gambling markers Geary is supposed to have signed.

This would have the appearance of Geary accepting a bribe so setting up Geary seems to be a consistent plot point.

Geary is an influential Senator and was serving on a U.S. Senate committee investigating organized crime.....having him in your pocket would be a definite plus.

The scene in question implies that Senator Geary was drugged by someone at the brothel. When he woke up, he was in the middle of a crime scene controlled by the Corleone's. This was how they were able to get a political favor (the gambling license) out of an otherwise unwilling politician.

Not the answer you're looking for? Browse other questions tagged plot-explanation the-godfather-2 .

24
Why does Frankie Pentangeli's would be assassin say “Michael Corleone says hello”?
20
Who killed the assassins after the failed hit on Michael Corleone?
13
What was going on with Tom Hagen?
8
Was the “Superman” show that was shown in Cuba in “Godfather II” a real show?
2
Would Michael Corleone stay in Cuba?
12
Did Fredo know he was doomed on the boat?
12
Is Senator Morra on NZT or not?
28
Why did Michael Corleone not forgive his brother Fredo?
3
How does Senator Geary know Michael Corleone's plan?
5
What did the Corleone family gain from doing favors for Johnny Fontane?