How is electricity generated in A Quiet Place?

In the movie A Quiet Place, the Abbotts are using electricity to power up their light bulbs, cameras, speakers and other electrical equipment.

But it is obvious that the monsters have destroyed most of human civilizations,

Given the monsters have got super-sensitive hearing, I would imagine they have attacked all power stations and all electricity generators as well, so here comes the question:

Below is a chart I pulled from Wiki showing Electricity generation by type USA 2014: 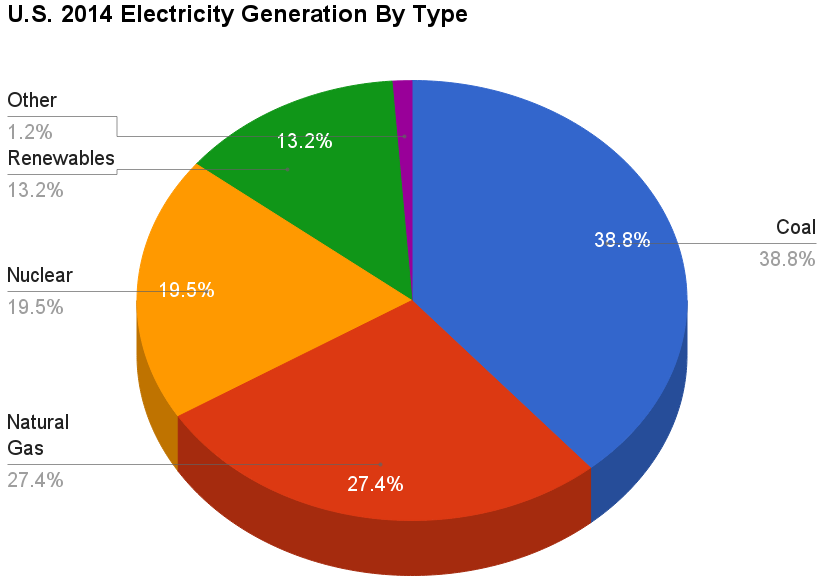 Solar Energy has been mentioned as a very quiet (not totally silent) source of energy. You can hear inverters humming, however, this constant low level noise seems to be the kinds of noise they ignore. They seem to react more to distinct changes in noise. FYI - You need inverters to turn solar's DC current to "grid compatible" AC.

Hydro-power could be easily produced and the noise would be covered up by the rushing water (as shown when they go on their favourite pass-times of fishing and waterfall-shouting). In fact, I was wondering why people aren't all living by rivers or housing up in hydroelectric plants!

Finally, wind power could be produced, the main noise here would come from high up so the creatures might well leave it alone. You don't see them constantly chasing after birds.

At 13% of the USA's current electricity mix, it should easily cover the new post-apocalyptic national load with, let's assume, 1% of the original population. Further, we can assume there is no heavy industry, server-racks, aircon or big cities to power.

There is the issue of maintenance and load balancing but we can maybe assume that this is can be automated to some extent.

Here's a screenshot from the movie showing solar panels.

Generators below the ground.

The screenwriters talk about this in an interview about the original script. It didn't make it to the final cut due to time limitations.

Since you’ve thought about every aspect of this world, you probably have an answer. How is the family getting their electricity?

Scott: In the original draft, and they never really did anything with it in the final film, we had written that they have underground generators that are basically underneath the ground so they’re not producing any audible sound above ground. That was the idea behind it.

At the 25:40 mark. There is a shot in the movie with a bunch of solar panels on the barn roof in the background.

Not the answer you're looking for? Browse other questions tagged plot-explanation a-quiet-place .

5
Audio clip of the Bad Place in The Good Place
3
In " A Quiet Place", Lee lights a fire ...does this imply other people nearby
1
Why could the creatures in the Quiet Place hear the faintest sound from a large distance but couldn't spot a person a few feet from them?
11
Where did the water come from in A Quiet Place?
10
Origin of Aliens in 'A Quiet Place'?
4
How did Blake get to this place?
8
Why was this character in A Quiet Place Part II able to walk with shoes?
3
What was supposed to be the plan in A Quiet Place 2?
0
How did these characters in A Quiet Place 2 not notice the monster on board?