Why do most Pokemon have to go through evolution?

In the Pokémon anime, many Pokémon go through up to 3 stages of evolution. Why do they have to evolve? I mean, it does make it a bit more interesting, but Pokémon would still be interesting if they did not evolve and just stayed the same their whole life.

to quote the wiki

Evolution in Pokémon is closer to the real-life phenomenon of metamorphosis rather than actual evolution, as real-life evolution happens to populations over a long period of time, not to individuals. In the Pokémon Adventures manga, it is mentioned that Pokémon Evolution is an entirely separate phenomenon from the normal process of evolution, and is a mysterious ability exclusive to Pokémon that is still not fully understood. In Pokémon Super Mystery Dungeon, it is described in the health class at the school in Serene Village as when a Pokémon's body rapidly grows larger with many other changes bringing a Pokémon closer to being an adult, being described akin to puberty.

this is backed up by Professor Rowan

Rowan's research in Generation IV regards whether Evolution is a form of maturity in Pokémon, and looking at the implications of the process on Legendary Pokémon, which at that time did not evolve.

we see this clearly with Caterpie and Weedle who as they mature follow a similar pattern to what we see with Caterpillars and the like where we see it's Larva (Caterpie/Weedle), Cocoon (Metapod/Kakuna) and Adult (Butterfree/Beedrill) and since we know Pokemon come from eggs in Bye Bye Butterfree we can assume when Ash's Butterfree leaves with it's mate at some point eggs will be laid starting the whole process again.

we can see this maturity/puberty process in a more humanoid Pokemon Ralts who clearly gets bigger and develop to look more adult when Evolving to Kirlia and then to Gardevoir.

In the early 1990s, when Tajiri first saw two children playing together with Game Boys using the Game Link Cable, he imagined insects crawling along the cable between the two systems. As he thought about the capabilities of the Game Link Cable, his idea for Pokémon grew, as he wanted to give modern children the chance to hunt for creatures as he did as a child.

This insect idea is also shown with Caterpie/Weedle who in the Pokedex, are the first wild Pokemon as numbers 1-9 are the Starter Pokemon, 10 and 13 are Caterpie and Weedle with also Caterpie being the first Pokemon Ash caught in the series

Most Pokemon go through 3 stages. why do they have to evolve?

It's well known that the creator of Pokemon, Satoshi Tajiri, collected insects as a child, and, that by creating Pokemon, future kids would be able to collect and trade with friends their own kind of "insects".

That being said, in the real world, many (if not most) insects undergo multiple "evolutionary periods" (really called Metamorphosis) before reaching full maturity.

A great example of an insect with three [evolutionary/metamorphic] stages is the butterfly/moth. After being hatched from an egg, the caterpillar (larval stage) with eventually go into its cocoon (pupa), and then emerge as either a butterfly/moth (adult). Once the organism reaches its final form, its abilities are fully functional, and it's at its strongest (generally speaking).

Likewise, in the world of Pokemon, with each evolution that a Pokemon undergoes it grows stronger and acquires new abilities. The butterfly inspired Pokemon is Butterfree, with it also having three physical forms, each of them just like the butterfly's.

For an overwhelming number of Pokemon, the insect/animal that it was inspired by IRL can be derived from the name of the Pokemon.

So, in general, Pokemon undergo evolution because the original concept and design of Pokemon was heavily inspired by insects in the real world and how they develop and mature.

...but Pokemon would still be interesting if they did not evolve and just stayed the same their whole life.

Most Pokemon have evolutionary stages (around 80%), however, there are some Pokemon that don't evolve at all. I think this is fairly consistent with real life insects/small creatures.

Going just off the the anime (since this is Movies & TV Stack Exchange)...

To become more powerful and accomplish its goals

In Episode 46 "Attack of the Prehistoric Pokémon", Ash's Charmeleon got into a fight with an Aerodactyl and was losing badly. Apparently motivated by pride, Charmelon jumped up and grabbed Aerodactyl's tail, then evolved into Charizard, gaining wings that allowed it to fly on its own and battle Aerodactyl in the air.

Other times, Pokémon have evolved to help out its trainers. In Episode 31 "Dig Those Diglett!", Jessie's Ekans and James's Koffing are sad that they are too weak to win battles for their trainers, so they evolve into Arbok and Weezing respectively. 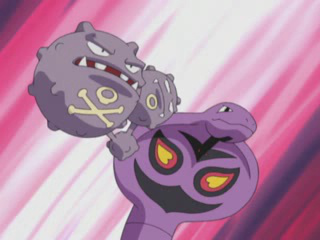 Presumably, most Pokémon’s goals are to become better in battling, which is why they tend to evolve.

As a result of peer pressure

In Episode 51 "Bulbasaur's Mysterious Garden", Ash finds a group of Bulbasaur who have a festival to evolve into Ivysaur. Ash's Bulbasaur is pressured to evolve, but doesn't want to, and it isn't until Ash gives a heroic speech telling them to let him stay who he is that they stop pressuring him. 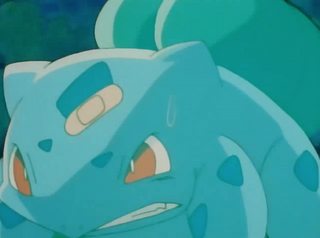 As part of a symbiotic relationship that benefits multiple Pokémon

In Episode 66 "The Evolution Solution" Professor Westwood V wonders why a Shelder clamps down on a Slowpoke's tail and that this results in a Slowbro evolution. After witnessing the evolution and seeing Slowbro use Megapunch, he determines that it's a symbiotic relationship that benefits both. Shelder can move on land while Slowbrow can stand upright and use Megapunch. 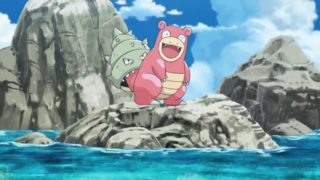 As for why 'evolution' would be valuable from a story-telling perspective, it has multiple roles:

So, having a very clear measure of power, it lends itself as a nice narrative element for many interesting stories.

12
How have television police procedurals in non-English speaking countries evolved over time?
5
Who is Bruce and does he have a real-world counterpart?
4
What was Captain Phillips trying to say?
3
Understanding the "secret" message of a scene in the movie, The Water Diviner
1
Why does 'The Wolf of Wall Street' contain so many nude scenes?
8
What answer can take care of all their questions in Casablanca?
26
Why do anime "spell everything out" for the audience?
9
Did Charlie Chaplin fund and produce The Great Dictator alone?
5
Why didn’t Sam Beckett ever make it home?