Who is Simon Jacques as referred to in Shadowhunters S3E1?

In Shadowhunters S03E01 there was this title card at the end of the episode: 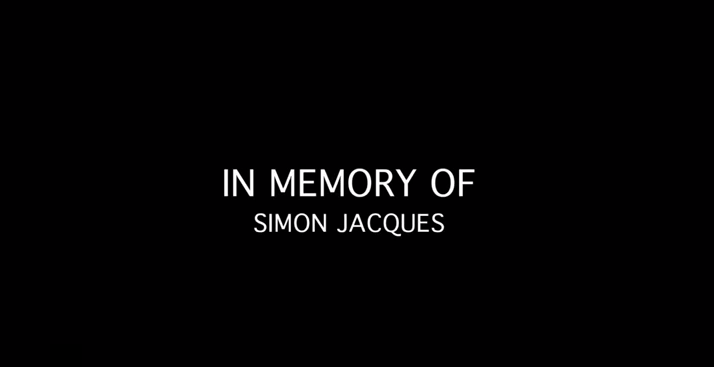 Who is this person and how is he related to Shadowhunters?

According to the following, he was an uncredited visual effects artist & digital composer whom worked on the show:

Who is Simon Jacques? We have a feeling that there may be some questions that are being asked on that subject in the wake of the closing seconds of the Shadowhunters season 3, where there was a title card placed in his memory.

Details about Jacques are for the most part scarce on the internet at present, but there is one man with this name we could find connected heavily to the entertainment world. Jacques worked as a visual effects artist and digital composer for a number of big properties, whether it be Versailles, Assassin’s Creed, or the film version of the movie Ghost in the Shell. He is not credited for Shadowhunters on his IMDb page, but this title card proves that there were ties between him and the Freeform series.

One of the things that does often get lost when discussing many TV shows like Shadowhunters is just how much work is done behind the scenes in order to make sure that a show is perfect, and the visual effects department have one of the hardest jobs of all. They put in long hours to make sure every frame is perfect and that demons and the like are brought to life with the most detail possible. People like those in Jacques’ profession are who allow our imaginations to run wild and for us as viewers to see projects in a different light. Their work is invaluable and that cannot be emphasized enough.

Out of respect for Jacques and those close to him, it does not feel right to come forward with any more details — however, we will add to this post if there are some tributes that come out in the aftermath of this episode airing https://cartermatt.com/298032/who-is-simon-jacques-honored-shadowhunters-season-3-premiere/

Simon Jacques was a Montreal based VFX artist working in the 3D and post-production.

I went to school with Simon Jacques, we studied in post-production in ATM of Cégep de Jonquière, the only place in the province where we can have this kind of program with cutting edge technology. Simon Jacques was one of the most talented students that teachers had seen in years and was a hard worker. After his graduation, he worked in various studios around Montreal, where he lived for his post-graduation years.

Simon Jacques died in the summer of 2017.

According to this article: Simon Jacques was born and grew up in Montreal, Canada and learned to become a VFX artist. He studied in post-production at ATM of Cégep de Jonquière and was one of the most talented students there. After graduation, he worked in various studios inside Montreal and lived there for a few more years. Here's the video related to Simon Jacques.

His cause of death has not been disclosed yet. It's good to see the show showing appreciation to their fellow team member.

Not the answer you're looking for? Browse other questions tagged shadowhunters .