What does the word "Cellar Door" represent in the movie "Donnie Darko"?

I've watched Donnie Darko many times, yet I always feel like I'm missing something important when Drew Barrymore's character brings up "Cellar Door".

Karen Pommeroy: This famous linguist once said that of all the phrases in the English language, of all the endless combinations of words in all of history, that "cellar door" is the most beautiful.

Is there some significance to the word?

The English compound noun cellar door is commonly used as an example of a word or phrase which is beautiful in terms of phonaesthetics (i.e., sound) with no regard for semantics (i.e., meaning). It has been variously presented either as merely one beautiful instance of many, or as the most beautiful in the English language; as the author's personal choice, that of an eminent scholar's, or of a foreigner who does not speak the language. 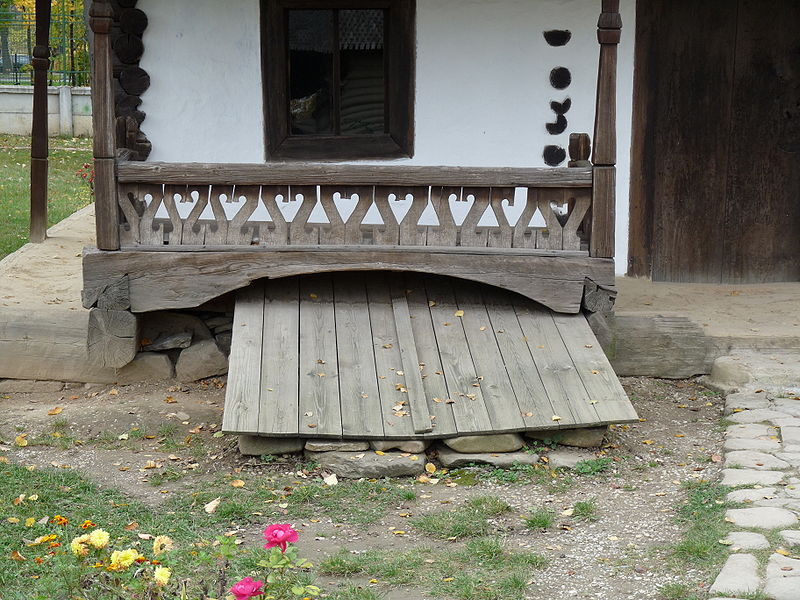 The semantics of "cellar door" derive straightforwardly from its component terms: in the United States, a cellar door is often a door or pair of shutter doors between the outside of a building and its cellar. In Britain, Ireland and Canada, a cellar door is often located within a house and opens onto a flight of stairs leading to the cellar. Outside doors are more common to pubs and restaurants.

Nunberg further suggests the semantics of "cellar door" are not actually irrelevant; in fantasy, a mundane door can become a portal to another world, as with the wardrobe of The Lion, the Witch and the Wardrobe or the rabbit hole of Alice in Wonderland. This idea is utilized in the 2001 film Donnie Darko, where the phrase "cellar door" is discussed in one scene, and an actual cellar door figures into the plot in a later scene.

Karen Pomeroy was an English teacher so the phonoaesthetic would be reasonably germane to her writing on the board.

However it also makes reference to the cellar door that Donnie uses to enter into Roberta Sparrow's house. If you subscribe to the Theory of Time Travel (the book that Roberta Sparrow wrote), Pomeroy is one of the Manipulated Living guiding Donnie to his duty as the Living Receiver (source)

The “famous linguist” referenced in the film is quite possibly J.R.R. Tolkien & therefore could represent many things from being a simple “shoutout” to being a statement on the life of Donnie being a fantasy. This film leaves a great deal of interpretation up to the viewer. For some this is frustrating; but to many it creates value in re-watching & re-interpreting each time.

Not the answer you're looking for? Browse other questions tagged analysis dialogue donnie-darko .