When did Umbrella take control of Jill Valentine?

I've just finished watching Resident Evil: Afterlife and feel like I have missed a scene where Jill Valentine got this red spider strapped to her. 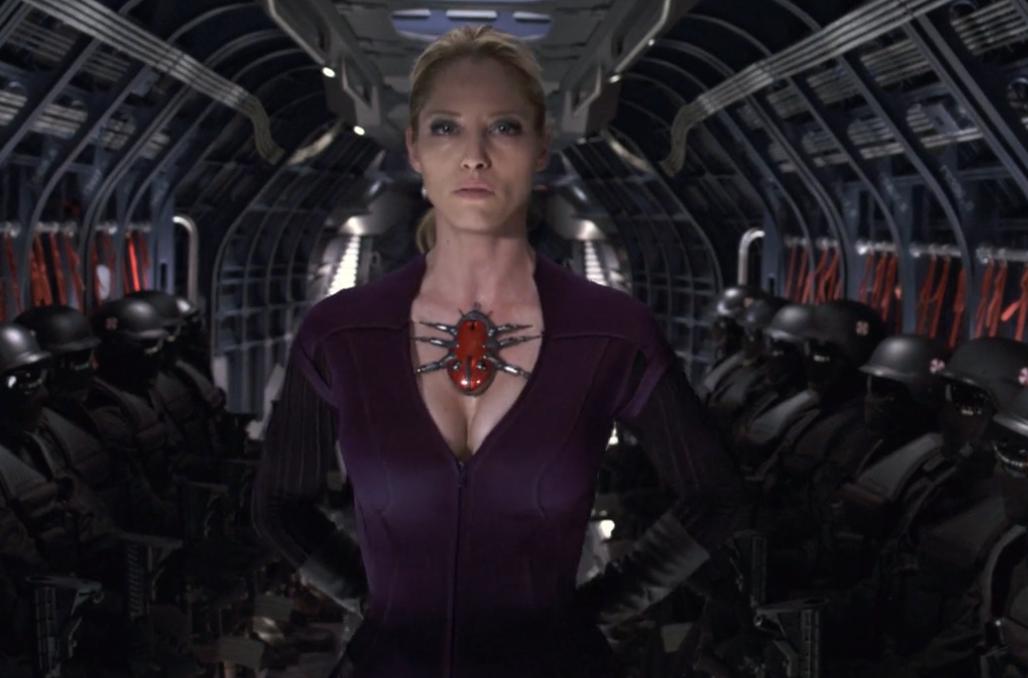 When did this happen? Was it in this movie or did I miss something from the third movie?

No, you didn't miss anything.

Jill Valentine disappeared after the end of Resident Evil: Apocalypse and came in the pre-credit scenes of Resident Evil: Afterlife with the red spider strapped to her. It isn't explained yet that how she got control over her through that spider thing. Even in the Resident Evil: Retribution there is no explanation for it.

Originally, Jill Valentine was to appear in Resident Evil: Extinction as the leader of the convoy. Her role would've have been major and involved a subplot concerning her resentment toward Alice for killing Angela while under the control of Umbrella and her eventual sacrifice for the convoy when she became infected by a zombified Carlos. However, Sienna was unable reprise her role as Jill because of scheduling conflicts with Eragon. As a result, she was written out of the movie and replaced with Ali Larter as Claire Redfield.(source)

It probably has nothing to do with the movies, but she had the bug on her chest in the games too, and there's a definite answer for that in the Resident Evil games (mostly Resident Evil 5).

Jill and Chris were on a mission together to apprehend Wesker, and while fighting Wesker at the top floor of a mansion in Europe, Wesker was about to kill Chris, but Jill sacrificed herself to save Chris by tackling Wesker out the window. Their bodies were never found,and Jill and Wesker were presumed dead. Nearing the end of the game you find out that Wesker had survived the fall, and in doing so, kidnapped Jill and put the red bug on her, keeping her as his slave.

But the experiences Chris, Jill, and Claire have had with Wesker are almost not hinted at all in the movies, so it's probably different, especially considering she was under Umbrella's control in the movie and not Wesker's. (Unless Umbrella took Jill from Wesker at some point.)

16
Where did the Spider-Suit come from?
7
Why does the werewolf exhale a green mist?
11
Is the Mayor aware of the fact that she is the Evil Queen in Once Upon a Time?
5
The powers of spidey in "The Amazing Spider-Man 2"
16
When did Raj start talking around women without alcohol?
3
Why and how did Valentine disappear?
2
Why did Umbrella never use Nemesis to kill zombies?
5
The stuntman that died on the set of Resident Evil: The Final Chapter
5
How did Torreto lose his cross from his neck in Fast Five?
11
Where did the water come from in A Quiet Place?