What are the drugs Hogarth bought?

In either episode 3 or 4 of season 2, we see Hogarth talking to a doctor about some experimental drugs, and then buys some that we're left to assume aren't technically legal. I was a bit confused by the conversation Hogarth had with the doctor. What are these drugs for? What drug did she buy?

She's planning on suicide (or at least physician assisted suicide).

She recounts the suffering her father went through and her own hellish prognosis. She says

"There is a killer inside of me and I will not give it control.

She's taking matters into her own hands and taking control of her death. 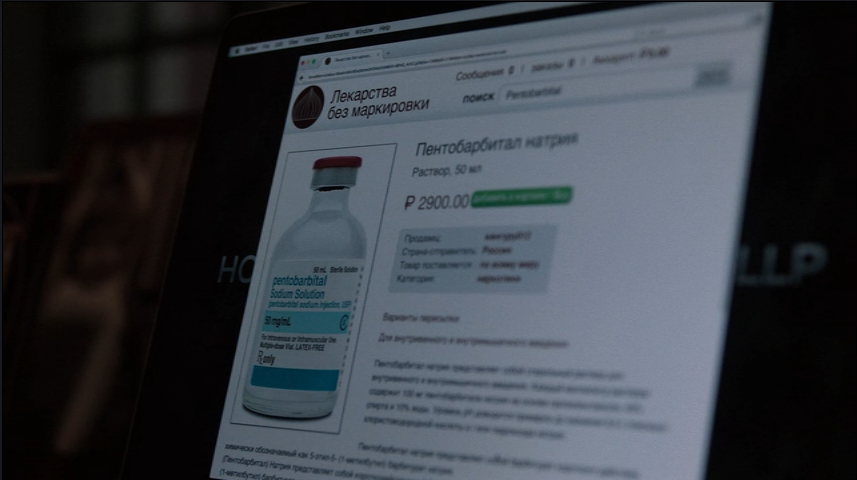 Pentobarbital can induce death when used in high doses. It is used for euthanasia for humans as well as animals. It is also used by itself, or in combination with complementary agents such as phenytoin, in commercial animal euthanasia injectable solutions.

In the Netherlands, the standard protocol for physician-assisted suicide is intravenously induced thiopental anesthesia, followed by bromide of alcuronium- or pancuronium-induced respiratory arrest. A concentrated oral solution of 100 mL containing 9 grams of pentobarbital sodium along with sugar syrup in a 20% ethanol solution is a standard solution used for self-administration by patient.

The oral dosage of pentobarbital indicated for physician-assisted death in the United States states of Oregon, Washington, Vermont, and California (as of January, 2016) is typically 10 g in liquid form.This is considerably higher than the dose for the management of status epilepticus.

4
What is the relationship between Betty and Gilbert and how is her husband involved?
11
Can someone explain the ending/themes in the 2006 movie “Bug”?
7
Who is Tyrell Wellick talking to in the limo? (s01e07)
3
Why does Chang care so much Mei has left the company?
12
What did Hermione see “with her own eyes” in Borgin and Burkes?
9
D'Angelo tap, tap, tap murder reference
4
Spidey-sense in Jessica Jones?
10
Did Bernard Just Reach the Center of his Maze?
42
What was Varys trying to do at the beginning of S08E05?