How is one "Deemed Worthy", to acquire the Greatsword "Dawn"?

Ser Arthur Dayne was a knight of House Dayne who bore the title of "Sword of the Morning" as he possessed the ancestral sword of House Dayne, Dawn. He was also a member of the Kingsguard under King Aerys II Targaryen. 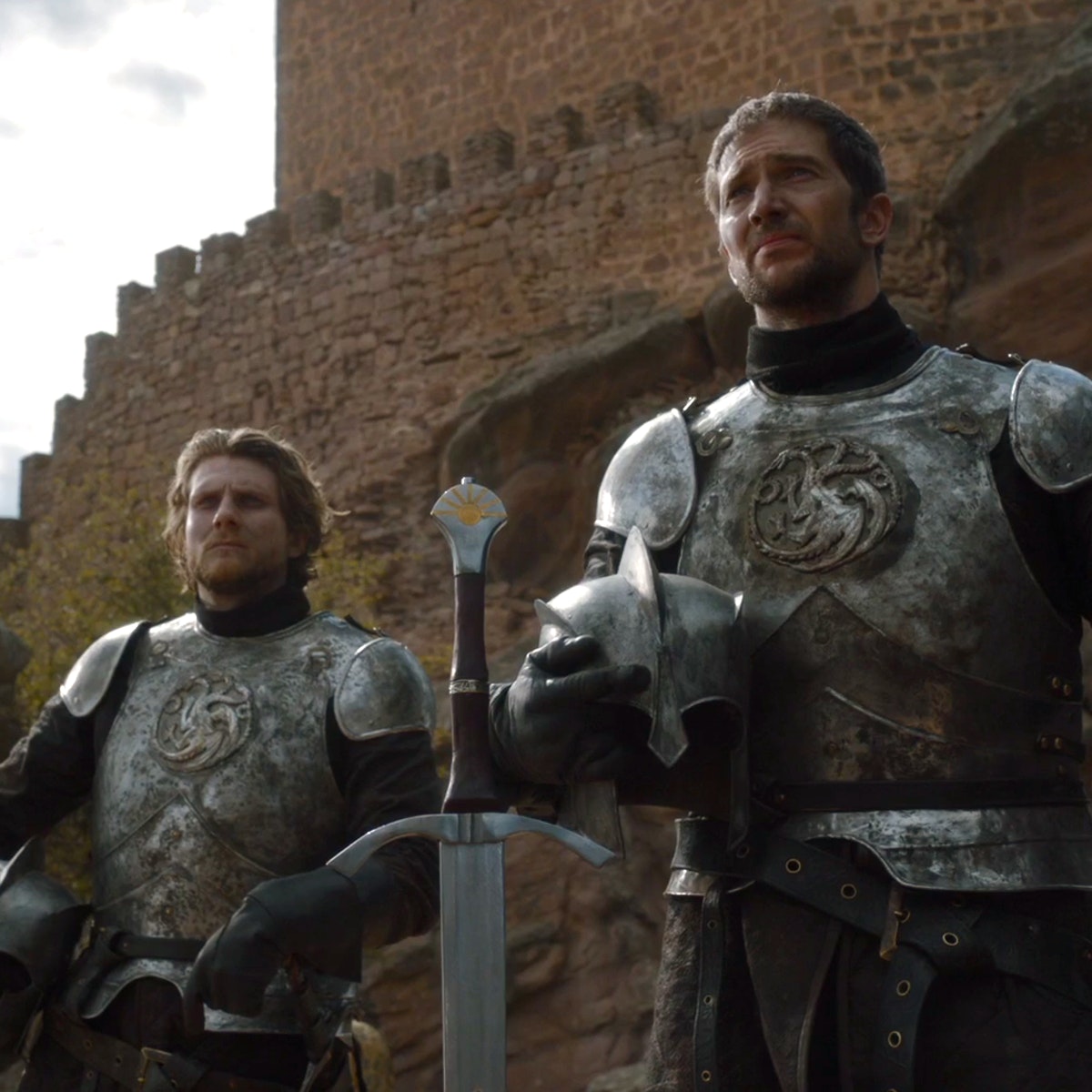 According to George R.R. Martin, the sword Dawn remains at Starfall during the War of the Five Kings, because no new Sword of the Morning has yet risen since Arthur Dayne died.

Although the books get into the idea of House Dayne having/bestowing the Greatsword "Dawn" slightly better, the TV show still touches on Dawn, Arthur Dayne (Tower of Joy Sequence), and/or the title: Sword of the Morning, but neither the books or tv series seems to explain what the SPECIFIC conditions are for the passing of this sword. Only to say that it goes to one that is "deemed worthy" of it.

But whom specifically at Starfall or Members House Dayne gets to decide what "worthy" means, but more importantly, what is the criteria for worthiness?

To Better Understand My Question:

I'm interested in the philosophy and methodology of philosophy of House Dayne's inter-workings to help determine WHY this ritual has been preserved. Is there a council or a title given to those that decide whom and perhaps "when" someone is worthy of Dawn? Is Magic (visions) in conjunction to Religion (a belief in some desired outcome) used in this determination? Is there some kind of "test" or "long term" intent for the role of Sword of the Morning(s)?

Is there any specific instance I either overlooked or exists in other source materials to better understand these things. Any Help would be much appreciated, as I believe that

A: It enriches the story by adding to overall ASoIF/GOT philosophy.This then also helps establish themes.

B: Enhances the mythology/metaphysics ---> White Walkers, Cycle Cosmology, Reincarnation, Dawn Age/Age of Heroes & Biblical Allegory: Sword of the Morning + Starfell + Dawn = "Morning Star", The Dawn of a New Era) and *could provide a future "plot twist".

The members of the House Dayne decide whether someone is worthy.

Since Arthur Dayne died during Robert's rebellion, nobody has been deemed worthy, so Dawn remains unused.

The Daynes of Starfall are one of the most ancient houses in the Seven Kingdoms, though their fame largely rests on their ancestral sword, called Dawn, and the men who wielded it. Its origins are lost to legend, but it seems likely that the Daynes have carried it for thousands of years. Those who have had the honor of examining it say it looks like no Valyrian steel they know, being pale as milkglass but in all other respects it seems to share the properties of Valyrian blades, being incredibly strong and sharp.

Though many houses have their heirloom swords, they mostly pass the blades down from lord to lord. Some, such as the Corbrays have done, may lend the blade to a son or brother for his lifetime, only to have it return to the lord. But that is not the way of House Dayne. The wielder of Dawn is always given the title of Sword of the Morning, and only a knight of House Dayne who is deemed worthy can carry it.

For this reason, the Swords of the Morning are all famous throughout the Seven Kingdoms. There are boys who secretly dream of being a son of Starfall so they might claim that storied sword and its title. Most famous of all was Ser Arthur Dayne, the deadliest of King Aerys II's Kingsguard, who defeated the Kingswood Brotherhood and won renown in every tourney and mêlée. He died nobly with his sworn brothers at the end of Robert's Rebellion, after Lord Eddard Stark was said to have killed him in single combat. Lord Stark then returned Dawn to Starfall, and to Ser Arthur's kin, as a sign of respect.
The World of Ice and Fire - Dorne: The Andals Arrive

In a Feast for Crows, one of the other Daynes makes a remark about Dawn:

Ser Gerold [Dayne] went to one knee. The moonlight shone in his dark eyes as he studied the child coolly.

"There was an Arthur Dayne," Myrcella said. "He was a knight of the Kingsguard in the days of Mad King Aerys."

"He was the Sword of the Morning. He is dead."

"Are you the Sword of the Morning now?"

"No. Men call me Darkstar, and I am of the night."

As she led the princess to the fire, Arianne found Ser Gerold behind her. "My House goes back ten thousand years, unto the dawn of days," he complained. "Why is it that my cousin is the only Dayne that anyone remembers?"

"He was a great knight," Ser Arys Oakheart put in.

"He had a great sword," Darkstar said.
The Queenmaker - a Feast for Crows

8
How is the credited director for any one Game of Thrones episode decided?
59
How does one identify Valyrian steel?
19
How does one know which creature was killed?
4
How did Qi'ra get to Crimson Dawn?
5
How did Karen acquire the handgun?
9
How does Billy Russo acquire his 'Jigsaw' mask?