Why did Anakin & Padme risk having their forbidden marriage witnessed?

In Star Wars: Episode II - Attack of the Clones (2002) Anakin and Padme get married. As per the Jedi rules, Jedi are not allowed to have relationships or marriages.

So why did Anakin & Padme take a huge risk and have someone there at the wedding who knew what they were doing? 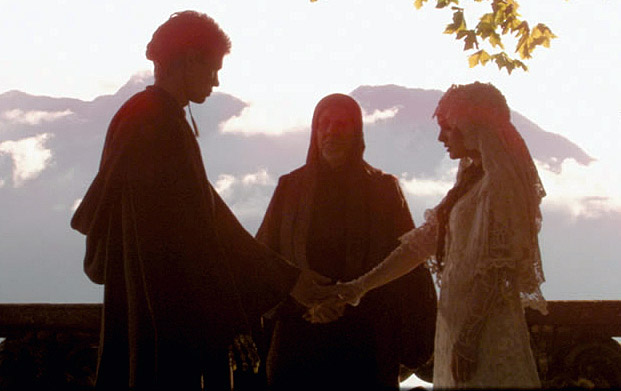 Yes they are breaking Jedi rules but no others.

If you want to get married (even in secret) then someone has to make it official or "proper" be it a priest, other religious official or someone with the legal authority to do so.

the ceremony was officiated by a Pontifex of the Brotherhood of Cognizance named Maxiron Agolerga who presumably could be relied upon to keep his mouth shut. *

* Probably not the case with C3-PO

The very fact that they are in a relationship breaches Jedi rules, making it official just makes it harder to undo.

I think the answer to this is obvious: they needed the man there at the wedding so that he could actually perform the wedding ceremony. They could do it all themselves, but it wouldn't have been legally-binding unless done by someone with the correct authority. We don't know how weddings work in the galaxy far, far away, but it's safe to assume they work just as they do here.

22
What made Lord Vader stay with Palpatine after he'd killed Padme?
9
Why are there such large gaps in the Star Wars release timelines?
10
Why does George Lucas not direct any more Star Wars movies?
23
Why did Darth Sidious wait to execute Order 66?
1
Was George Lucas inspired by philosophy of Buddhism or other philosophy to write the Star wars Scripts?
3
Did Jar Jar Binks appear in any of the new Star Wars movies?
14
Time jumps in Star Wars
3
Why didn’t Anakin stay with Padme on Geonosis?
4
Why does Padmé cry during Order 66?
15
What's the name for this zoom effect where you suddenly zoom into a particular subject in a wider shot?