At the beginning of The Shape of Water when Elisa is going to her work, at the bus stop there was a man sitting there with a cake (looked like a birthday cake) and we can clearly see that a piece from the cake is missing like it is cut for eating.

What is the significance of this scene?

Here's a screenshot of the scene referred to in the question: 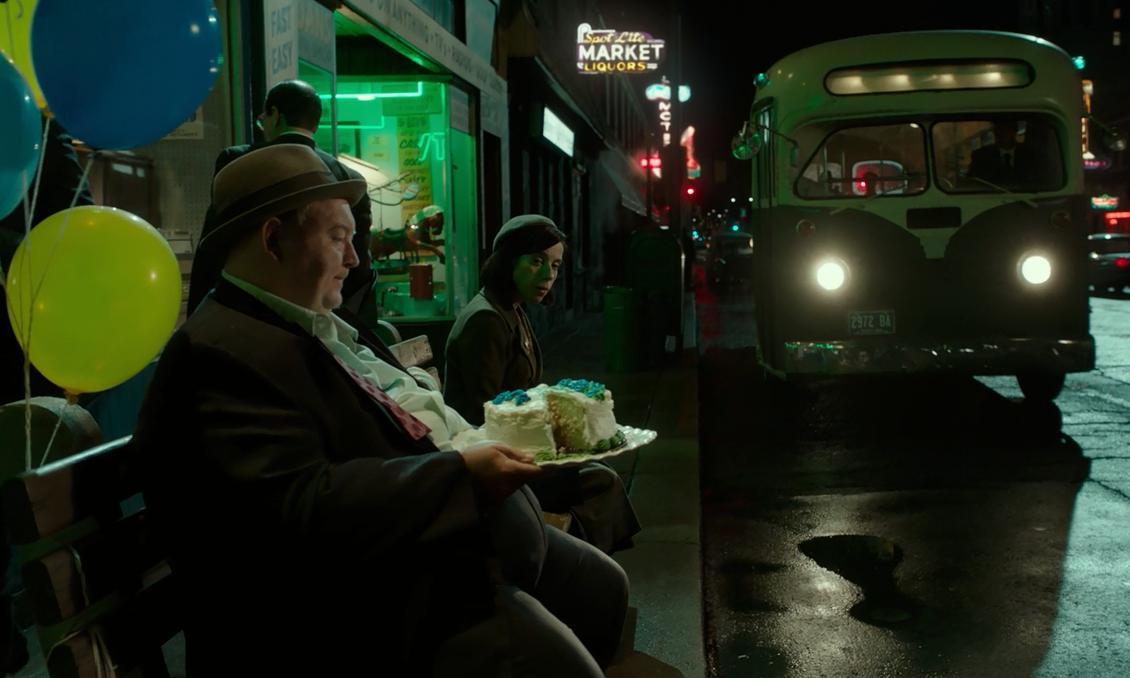 Veteran actor Richard Jenkins, who plays Giles, the gay best friend and neighbor of Elisa Esposito (Sally Hawkins), explains this in an interview with Washington Blade :

The seasoned actor is also full of admiration for writer/director Guillermo Del Toro.

He cites one scene where Sally is waiting for a bus and sees a guy with balloons and a birthday cake with one piece missing. The director said it was the character’s birthday party but he was the only person there. Those few seconds of film, barely noticed by most viewers, expand Del Toro’s visual palette and expand the movie’s theme of lonely people trying to make connections.

The director talked about it himself in an interview with The Sunday Times, but it is behind a paywall:

My favourite intricacy is a man crying at a bus stop, holding a birthday cake.

“That is a vignette,” del Toro says, pleased it was spotted. “This guy threw a party nobody went to, and now he's going home with one slice of cake cut out. He ate it, and he's bringing all the balloons home, too. I was trying to show that Elisa's not lonely. She's very happy. This other guy is lonely.”