Are movies made for Netflix eligible for Academy Awards?

These days Netflix is making movies for itself, such as Bright starring Will Smith. There are many more movies made for Netflix.

Are these movies eligible for Academy Awards, as they are made for a web based platform?

academy-awards netflix
Share
Improve this question
edited May 14, 2021 at 4:16 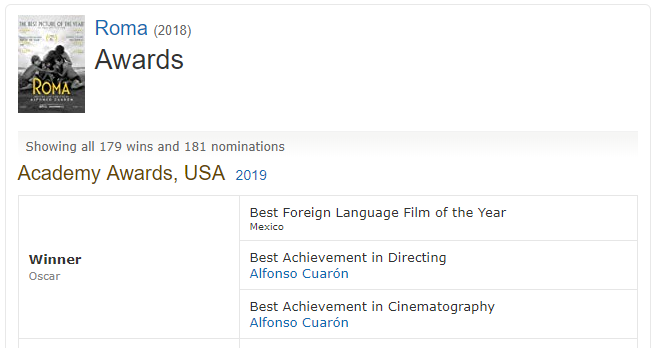 Yes, but only in 2020 for the 93rd Oscars, according to the Academy: "For This Awards Year Only, Streamed Films To Be Eligible for Oscars®"

UPDATE 2020 - they are allowed this year. And the New York Post thinks they should be every year as that is how people like to watch high quality films - linking inclusion in Oscars to quality of film - if Oscars are to be relevant.

So, pouting, the academy relented and let streaming into the party. Desperate times, desperate measures, right? But allowing the most easily accessible films to participate in award season should not be a compromise, but a long overdue, totally rational shift in policy. The new streaming eligibility rule must not fade away with a vaccine, but be woven into the fabric of future Oscars ceremonies. That is, if the academy craves a sliver of relevance anymore. Oscars 2021 will allow streamed films due to the coronavirus The truth is that today, streaming and on-demand watching are audiences’ preferred ways for experiencing high-quality films. Plain and simple.

12
What is the criteria for selecting a foreign movie for the main category awards in Oscars?
5
How is a film chosen to be eligible for an Oscar?
6
Why the disparities in number of nominations?
5
What rules govern nomination of an animated film for Academy Award for Best Picture?
15
What are the awards for which Netflix original movies are eligible?
34
How do streaming services earn money?
2
Profit of movies streamed on Netflix
3
Why are the Oscars unimportant for Woody Allen?