Why do some Minions have one eye, and some have two?

Is there logic or a pattern to the number of eyes that each Minion has? Is it based on age? Gender? Social status? Something else?

You can answer this question in two ways:

Biology In the opening credit sequence of the Minions Movie we see the minions evolving from single cell organisms. As they rapidly evolve (presumably over time in the real timeline of Minion world) we see that they depict two minions with two eyes and one with a single eye. So to your specific question of

Is there logic or a pattern to the number of eyes that each Minion has? Is it based on age? Gender? Social status?

The answer seems to be NO. Despite contradicting Darwinian Evolutionary Theory, all three Minions go through a series of evolutionary changes - this could just be symbolic of multiple generations of Minions over time. As they "evolve" or transform in the sea they keep following the next villainous sea creature until a Dinosaur leaves the sea and they follow. They have the same two with two eyes and one with one eye.

As they swim up to leave the ocean and follow the Dinosaur, we see a large group of Minions many with the double and single eyes: 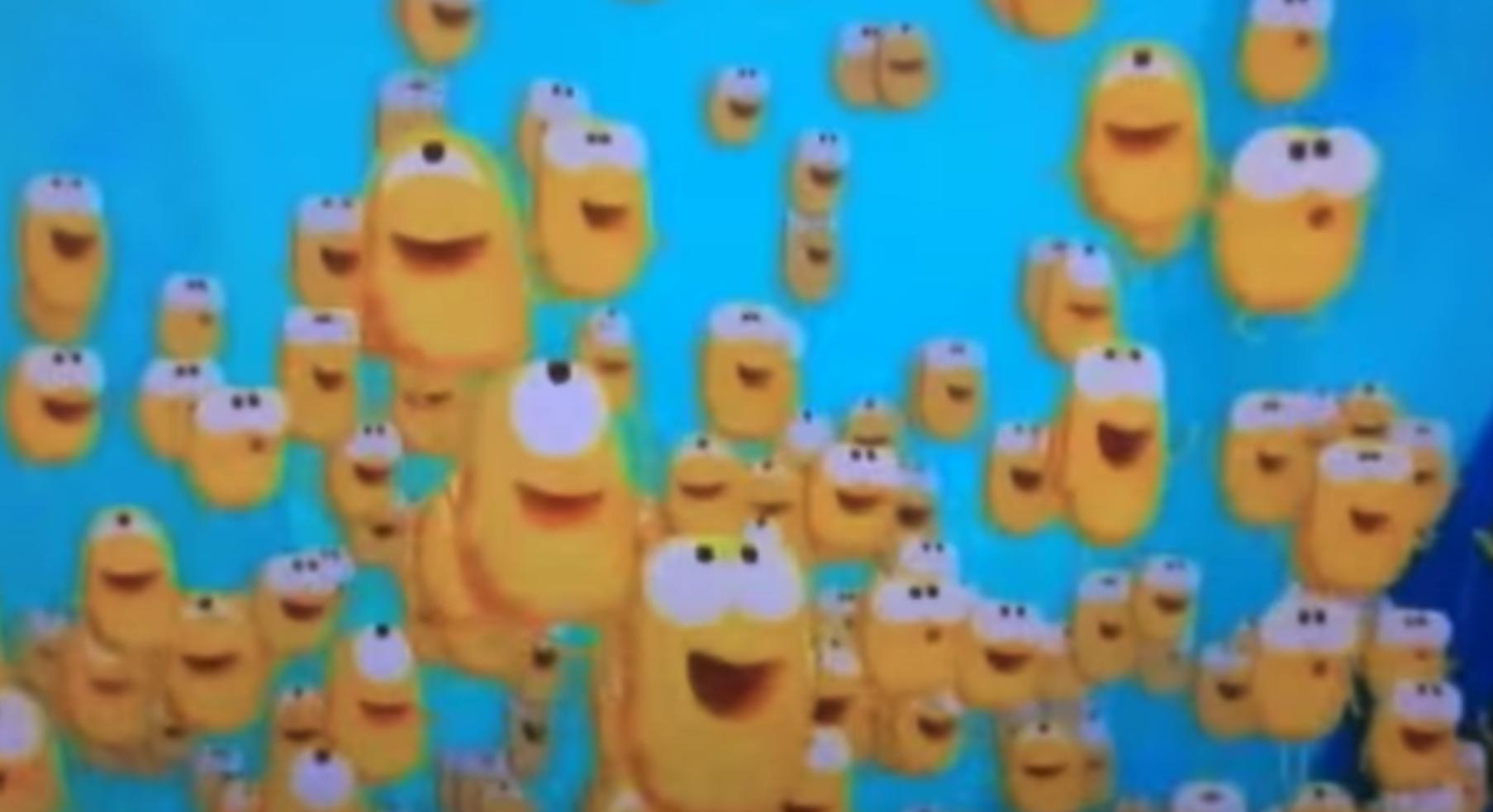 So we can really only say that Minions have always been that way - for millions of years if we assume their timeline is the same as our Earth timeline.

The more obvious reason why they have one or two eyes is that it is used as a plot device so that the Minions can be distinct to movie viewers. They are all yellow, wear denim overalls and goggles and speak with very similar voices, so body type, hairstyle and number of eyes seem to be the primary distinguishing characteristics that make one a Kevin and the other a Bob for example.

Not the answer you're looking for? Browse other questions tagged character despicable-me minions .

8
Why was a female selected for M's character in James Bond?
3
Is there a trend in recent crime shows to complement eccentric protagonists with grown-up and intelligent daughters? Why?
20
What is the purpose of Rust's one-eye mirror?
19
Was there a specific meaning behind each child in Willy Wonka and the Chocolate Factory?
3
Nature of relationship between Jimmy and Kim
6
Why are all the normal Minions yellow in color?
7
Why do Minions want to serve vicious villains?
36
Why do Minions need to wear glasses?
4
Why does Ty have so much money?
6
Is there an in-universe explanation as to why the Ancient One is bald?