Why aren't there Wildfire weapons in Game of Thrones?

In Game of Thrones, Lannisters have the secret of a substance of incredible power: Wildfire. 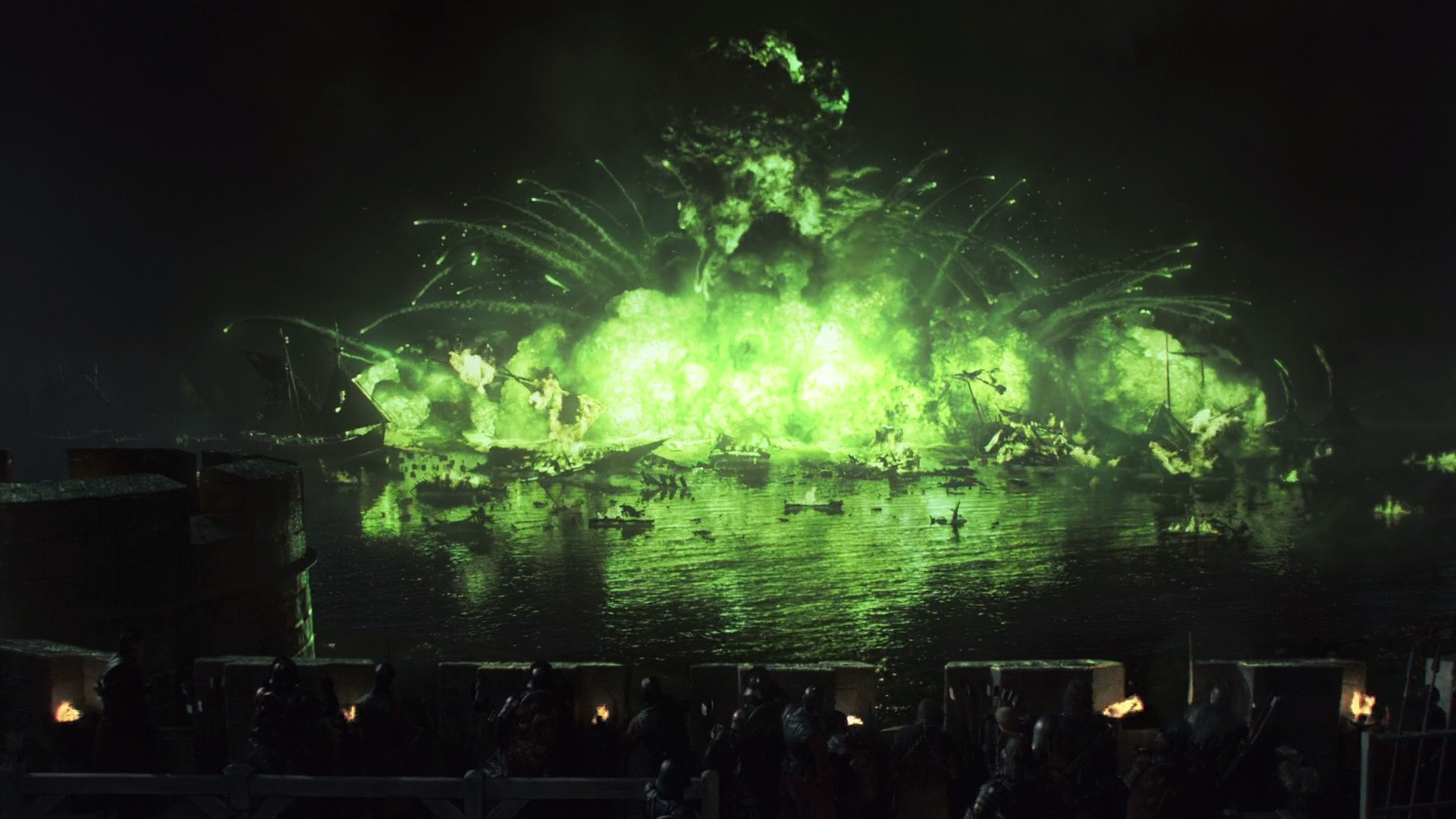 We have seen its destructive power in action and it's really devastating.

Shouldn't we expect then to see the Lannister army equiped with weapons based on that substance?

I'm thinking about grenades (either small ones thrown by hand, or big ones launched from ballistas or catapults).

Also, we could expect guns and cannons using Wildfire as gunpowder.

Or even some kind of primitive flamethrowers.

However the Lannister army seems to not use this huge advantage and rely on regular weapons such as arrows, swords pikes.

Is there a reason for not developing weapons based on that material?

Wildfire is a very tricky substance to work with. It will burn anything and everything. You don't want to equip an army of commoners with this. The chance for accidents is just too large.

I said an army of commoners, since Westeros does not have a standing army. Whenever a lord calls their banners, smallfolk stop going about their daily lives and join the army if they can. This means that they likely have very little training in working with wildfire.

This can be seen in the battle of King's Landing as well. In the books, before the battle, Tyrion Lannister took great care in training every man that was going to be working with wildfire. Only those men that managed the training without spilling any bit of substance were allowed to work with the real deal.

"Oh, and one more thing. The alchemists will be sending a large supply of clay pots to each of the city gates. You're to use them to train the men who will work your spitfires. Fill the pots with green paint and have them drill at loading and firing. Any man who spatters should be replaced. When they have mastered the paint pots, substitute lamp oil and have them work at lighting the jars and firing them while aflame. Once they learn to do that without burning themselves, they may be ready for wildfire."
Tyrion V, A Clash of Kings

Another reason why this is not feasible is that it takes a long time to make wildfire. The amount used in King's Landing took a long time to amass. It was also helped by finding some caches of wildfire hidden by late King Aerys II.

Additionally, with the birth of the dragons in Essos, mages around the world have noticed their magic being stronger again. This is mentioned during Dany's stay in Qarth, but also noted by the Pyromancers in King's Landing:

Hallyne had the complexion of a mushroom, so it was hard to see how he could turn any paler, yet somehow he managed. "We were, my lord Hand, my brothers and I have been laboring day and night from the first, I assure you. It is only, hmmm, we have made so much of the substance that we have become, hmmm, more practiced as it were, and also"—the alchemist shifted uncomfortably—"certain spells, hmmm, ancient secrets of our order, very delicate, very troublesome, but necessary if the substance is to be, hmmm, all it should be . . ."

Tyrion was growing impatient. Ser Jacelyn Bywater was likely here by now, and Ironhand misliked waiting. "Yes, you have secret spells; how splendid. What of them?"

"They, hmmm, seem to be working better than they were." Hallyne smiled weakly. "You don't suppose there are any dragons about, do you?"

"Not unless you found one under the Dragonpit. Why?"

"Oh, pardon, I was just remembering something old Wisdom Pollitor told me once, when I was an acolyte. I'd asked him why so many of our spells seemed, well, not as effectual as the scrolls would have us believe, and he said it was because magic had begun to go out of the world the day the last dragon died."
Tyrion XI, a Clash of Kings - emphasis mine

This shows that the amount of wildfire produced for the Battle on the Blackwater was substantially more than what they could have expected before. Both because a bunch of older caches were found and magic seems to be stronger again. This might also make it that because of the previously slower production rates it hadn't really occurred to many people that it could be used as a weapon.