In “Friends”, why are there so many posters in Russian?

Why are there so many posters in Russian in "Friends"?

There is one in Chandler-Joey's appartment: 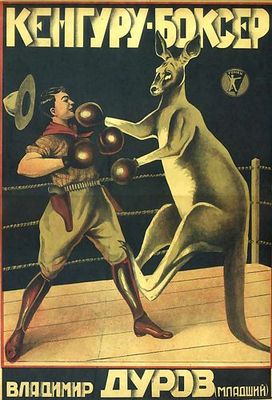 In Monica's bedroom (the bootom line):

There were also several in a cafe or theater or somewhere else (couldn't find the picture right now).

No one of them learns Russian or is interested in Soviet/Russian culture, so I think it's quite a lot.

A Soviet poster in Ross' apartment: 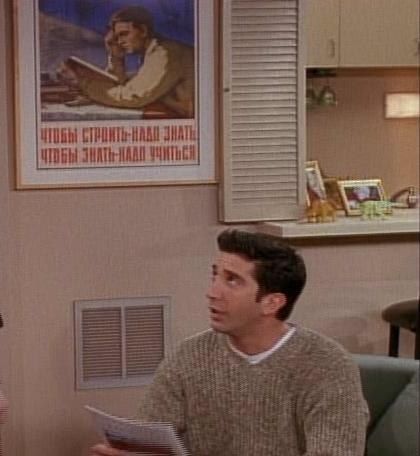 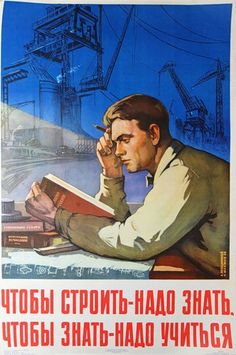 In modern-day Russia, the poster seems to be famous for the same reason it's famous elsewhere in the world: for being the "Joey and Chandler poster"! The choice in using Soviet propaganda and cultural posters such as this one to decorate the walls of the characters of Friends (yep, there were at least two others used to decorate their apartments) has been the topic of discussion on a number of Russian Internet forums and message boards. - Friends Props

It is easy to imagine two in-universe reasons this poster might be in Joey's apartment.

The second image, which is above Monica's bed, is a blown up program from the 1980 Summer Olympics, which was in Moscow. 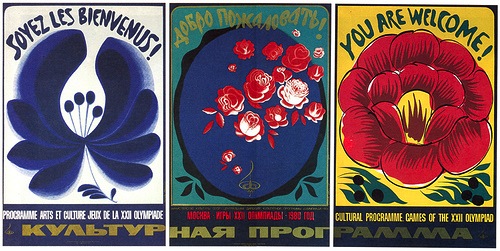 The only justification I can find for this poster is a line from 'Hooked on Houses' describing Greg Grande's work as set designer.

When it came to Monica’s apartment, Grande wanted to develop “a whole new kind of eclectic taste with a flea-market, whimsical, and anything-goes style.”

Not the answer you're looking for? Browse other questions tagged props friends .

34
Why do so many movies & TV shows feature recognizable, un-branded or re-branded products?
16
Why doesn't Joey move back to the bigger apartment in Friends?
16
Why was Hugh Laurie credited as a Guest star in Friends?
8
What are these cartridges that many characters have in the Star Wars movies?
6
In Friends Season 5 (Slash Late Season 4), Why Do Monica and Chandler Feel the Need to Keep Their Secret?
12
Why does only Rachel have open eyes in the Friends poster?
17
When and why did Joey and Rachel break up in Friends?
7
Why are needles pushed in so far in movies?
1
How does Joey have money to lend?