Why is Matt Damon's name not mentioned in Thor Ragnarok credits? [duplicate]

Ask Question
Asked 2 years ago
Viewed 3k times
3
This question already has answers here:
Why are some actors uncredited in certain films? (5 answers)
Closed 2 years ago.

This link shows the scene where Matt Damon appeared in the movie dressed as Loki, and Luke Hemsworth is also present playing the role of Thor.

What is the reason for not mentioning Matt Damon's name? 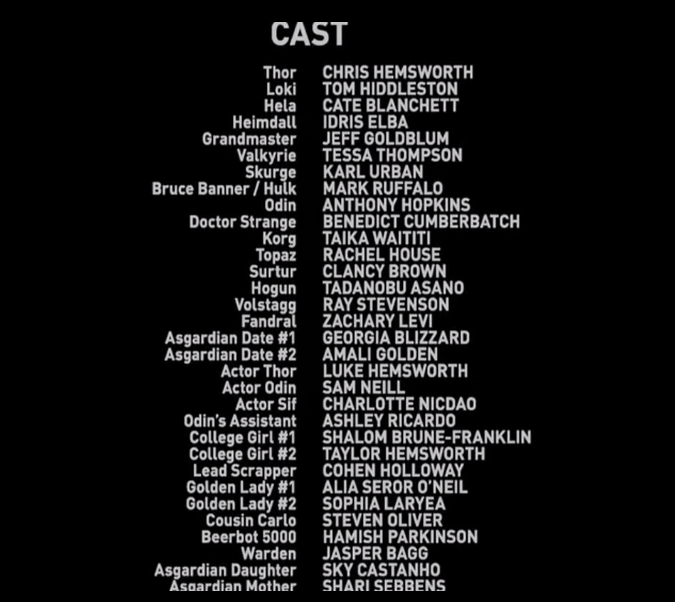 28
Why are some actors uncredited in certain films?
17
Was Matt Damon’s role in Thor: Ragnarok purely due to his role in Dogma?

10
Why is Alan Moore's name not shown on the Watchmen credits?
1
Why do some opening credits alternate the name of the starring role?
8
How was Hulk able to speak fluently in Thor Ragnarok?
14
Thor: Ragnarok's end credits scene
11
What happened to Odin in Thor: Ragnarok?
29
What are all the faces on Grandmaster tower in Thor: Ragnarok?
17
Was Matt Damon’s role in Thor: Ragnarok purely due to his role in Dogma?
17
Was Thor: Ragnarok supposed to have darker tone in start of production and changed later?
7
Is “What We Do in the Shadows” referenced in “Thor: Ragnarok”?