What is the painting J. Paul Getty buys in 'All the Money in the World'? [closed]

Trivia questions that do not add to the understanding or appreciation of a movie/TV-show are off-topic; We're not trying to duplicate IMDB. Please try to explain why your question is relevant for understanding the work beyond banal minutiae.

In Ridley Scott's "All the Money in the World", J. Paul Getty forks a sizable chunk of money for a painting instead of paying his grandson's ransom. To me, the painting looked like Raphael's Madonna of the Pinks but the scenes in which it was shown were dimly lighted and I couldn't discern its details. Since such painting never belonged to the real-life Getty, putting it in the movie would be a factual inaccuracy (well, as long as we assume Scott actually intended giving the movie a brush of realism and adorned Getty's mansion with paintings possessed by him in real life. We don't have to be picky to demand that the painting acquisition and his grandson's kidnapping happened at the same time in real life, just that the painting belonged to his collection. After all, researching Getty collection wouldn't be hard for the production team: it became the Getty Museum.)

To sum up: What is the painting J. Paul Getty buys in 'All the Money in the World' and was it part of the real Getty collection?

Extra trivia: Can anyone identify other paintings in the movie and if they ever belonged to Getty? I saw a Vermeer...

As for the other paintings:
The Getty Collection can be browsed online, but it might not contain all of the artworks the family has obtained, as many are probably held privately.
For most artworks that are on public display current ownership can easily be obtained, though.

The filming location of All the Money in the World with the most artworks is Hatfield House, in Hertfordshire, England. There is a catalogue available of their inventory of paintings and sculptures, but it is inaccessible online. It would shed a whole lot of light on the artworks that get little attention in the film - which, despite my eagerness to identify, are completely trivial to the interpretation of the film.
Additionally, it demonstrates how most of those artworks we see in the background are not part of the Getty collection, but privately owned by the current marquess of Salisbury. Moreover, having to move so many invaluable ("priceless") artworks around would have been unnecessary risky and costly.

As for the works I was unable to identify (LRTB), they include a 16th/17th century painting of a reclining Venus with Cupid; a full portrait of a standing man (18th c.); a full portrait of a woman in a chair (I think by a 20th century female artist - I recognize it, but cannot remember the name); an English or, more likely, Dutch landscape or view on a city, reminiscent of Van Ruysdael's paintings; a (late northern medieval?) portrait of a woman; a neoclassicist or baroque mythological or biblical scene; a portrait, possibly by Rembrandt; a landscape with what appears to be a bridge or a fallen tree; a portrait of a woman, possibly Judith (Peter Lely, Willem Wissing?); and another landscape.
Now I need to get my hands on one of those catalogues..

Madonna of the Pear.

Picture from All the money in the world 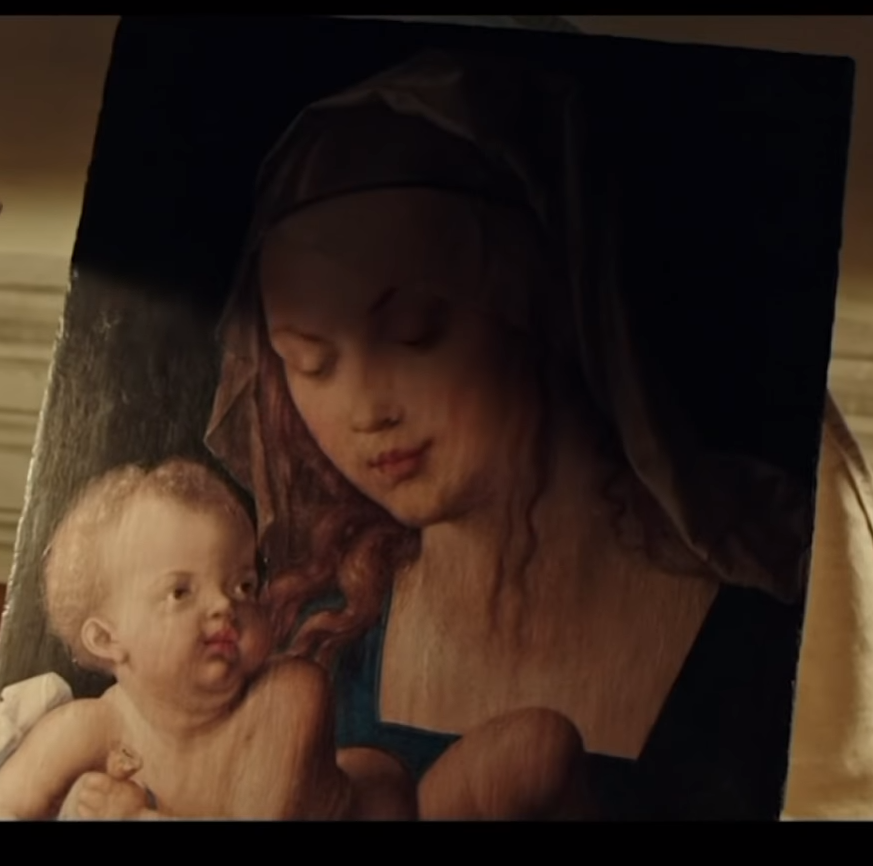 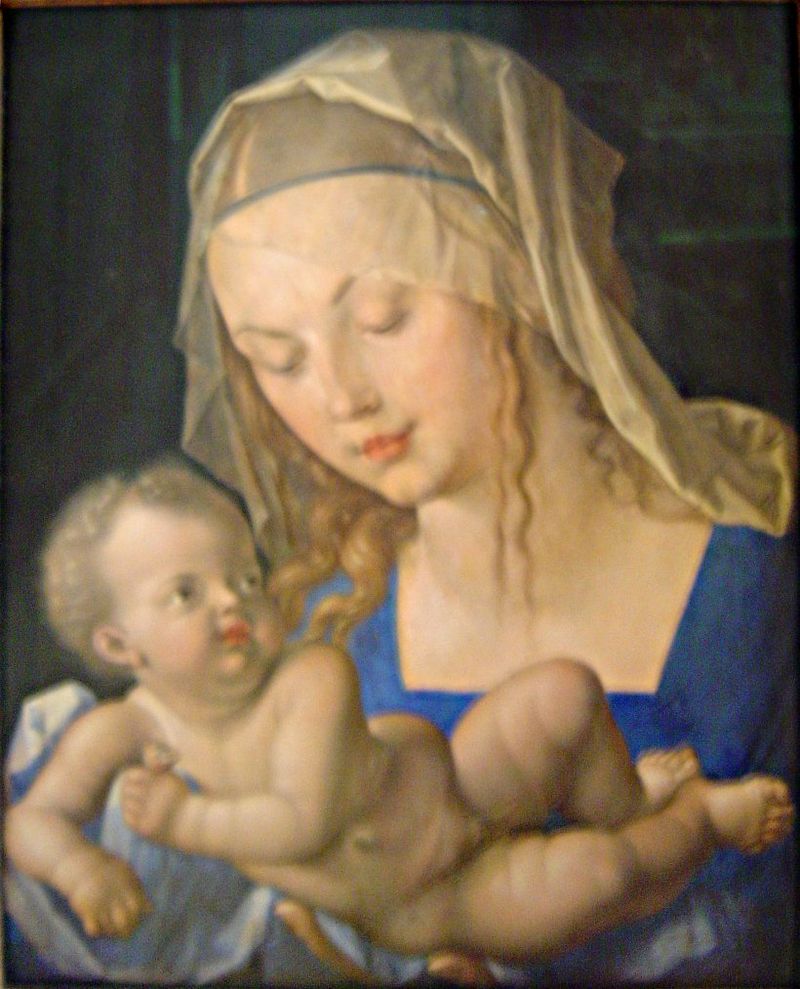 Not the answer you're looking for? Browse other questions tagged historical-accuracy all-the-money-in-the-world .

20
What was the significance of the necklace?
20
What is the connection between Ragnar from Vikings and Ragnar from The Last Kingdom?
5
What is the term the street thugs called the policemen in Sherlock Holmes: A Game of Shadows?
5
Was the depiction of George Méliès accurate to what we know about his life?
3
In what time period the series Arang and the Magistrate set?
14
What is the historic origin of these Indian burial grounds?
5
Impact of Wonder Woman's action on the end of World War I?
4
What is Wakko wearing in the "about the 90s" part in the "Catch Up Song" in the 2020 Animaniacs reboot?