How is open head of Commander Data done?

Data has his head open several times, for example here: 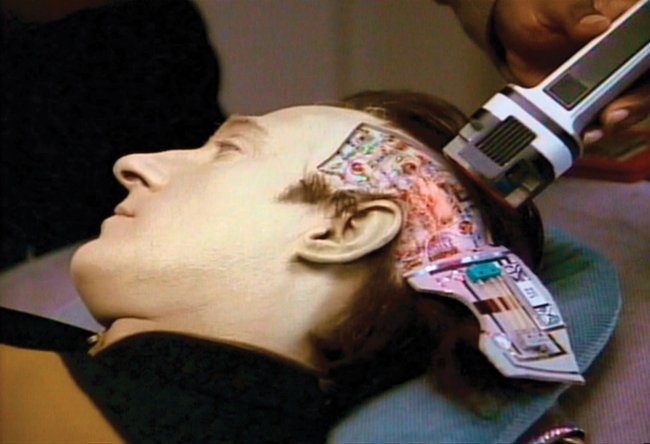 Given the time of creation of Star Trek - Next Generation series, I don't assume this would be done with CGI, also his head doesn't seem to be thicker due to the second "layer". There are also several occasions, where is Data moving and speaking with his head open, so I would also exclude possibility, that opened head is a replica.

So, I naturally wonder, how is this made?

Thank you, live long and prosper.

The "appliance" (which you could have bought at auction for $2000) was glued directly onto the actor's head and blended in with makeup. The outer edges of the 'brain' appear to be sprayed a slightly darker colour to give a false impression of greater depth and shadow. 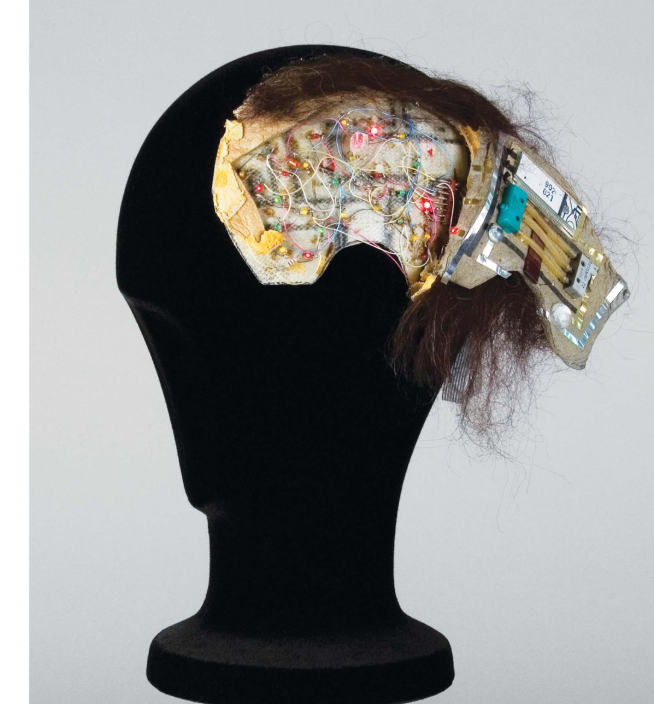 Not the answer you're looking for? Browse other questions tagged film-techniques effects star-trek star-trek-the-next-generation .

32
How are head shots and deep throat gashes filmed?
3
How is dubbing done for fight sequences?
8
How is the “solid black eyes” effect done?
23
Have we ever seen Data make use of his “multiple techniques” before First Contact?
5
How does one Klingon recognise another as discommended?
3
How was the wipe transition done historically?
34
How are the face cuts done when Dexter takes his blood samples of his victims?
89
Alice growing effect in 1972 “Alice's Adventures in Wonderland” - how was it done? It's not green screen
1
How did Klingons go from being an evil, arrogant, aggressive race to their current portrayal as honorable?