Where do character images (appearance) of Nazguls from LOTR originate from?

In Lord of the Rings movie by Peter Jackson Nazgûls are depicted as phantoms in black cloaks with swords often riding on horses: 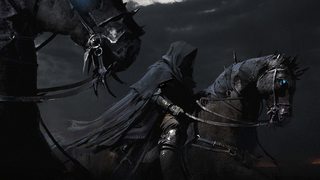 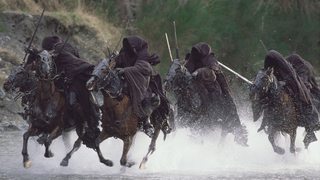 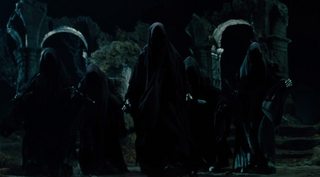 What did Peter Jackson take as a base (prototype) to build the character images for his movies' Nazgûls?

I'm not sure how Nazgûls were depicted in J.Tolkien's novel and whether there are original illustrations avaiabale somewhere.

Some similarities have the character images of Dementors from Harry Potter film series: 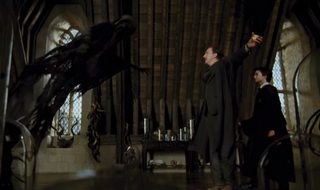 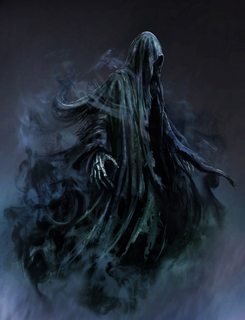 Four Horsemen of the Apocalypse: 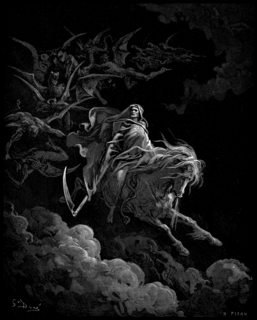 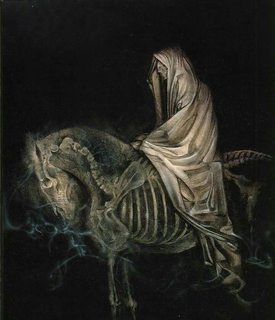 And of course classical image of Death (Grim Reaper) that is popular today: 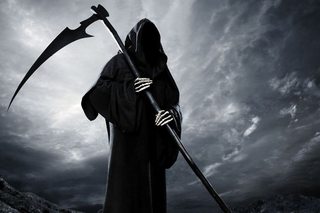 Question: Where do character images (appearance) of Nazguls from LOTR originate from? Did Peter Jackson take it from original Tolkien's illustrations (if they exist) or he constructed it based on some prototype?

The looks for the Nazguls in the movies are mainly based on john Howe and Alan Lee. For example : Howe - Black riders
Howe - Flight to the ford
Howe - Eowyn and the Nazgul
Lee - The witch King of angmar

Of course, this does not really answer your question, but only push your question one step further :
What did Lee/howe take as a base (prototype) to build the character images for their Nazgûls?

Not the answer you're looking for? Browse other questions tagged character the-lord-of-the-rings .

12
Where do the girls' names come from?
2
Where does the Green Goblin's mask come from?
5
Where did the Elves go after the Helm's deep battle in LOTR?
8
Which original character was Kramer's stuttering inspired from?
6
Is the bartender from The Punisher Season 2 a real character from marvel comics?
4
Was Leonard Hofstadter's character inspired from George Costanza's character?
1
Why did everyone turn away from this character?