Why was there a robot in Rocky IV?

In Rocky IV (1985), Balboa gifts Paulie a talking and moving robot which could do following things: 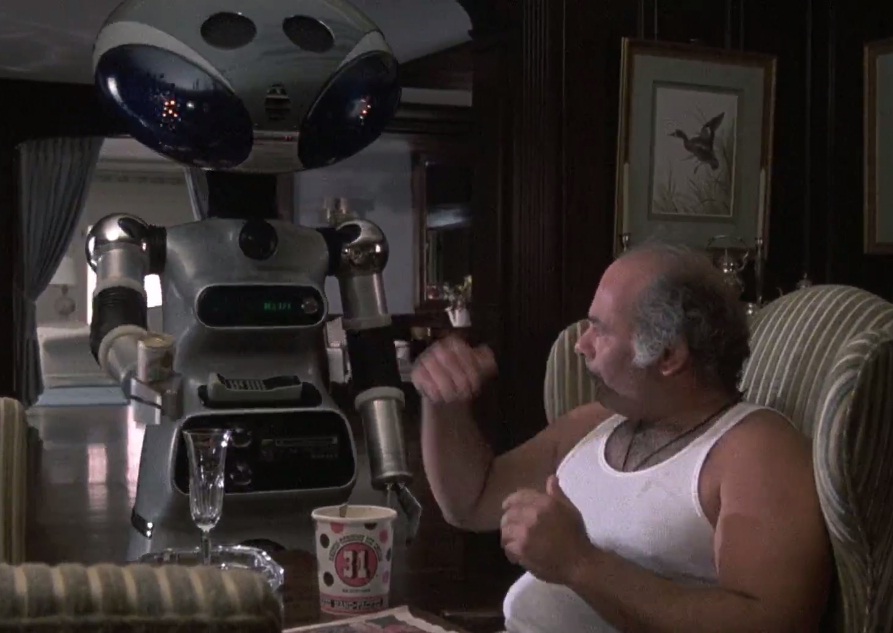 It's almost like an combination of Artificial Intelligence and Internet of Things in today's time.

But it did not have any significance to the plot. Why was it included ?

Some interesting info can be found here.

Basically, to summarize the article, Stallone discovered the company that produced the robot was using it as a tool to help autistic children. One of Stallone's children is autistic, so he became enamored with the robot and offered to write a part for it in the next Rocky movie. Apparently there was more scripted around building the relationship between Paulie and the robot, but it was scrapped.

Not the answer you're looking for? Browse other questions tagged plot-explanation production rocky-iv .

13
Why are there so many different writers to TV series?
5
Is the ring smaller than normal in the Rocky movies?
5
How much time passed (in universe) between Rocky and Rocky III?
7
What boxing matches were the fights in Rocky based on?
17
Why was there a painting of Rue?
11
Why does Syndrome's robot turn against him?
4
Why were there Sylvester Stallone movie references?
4
Why was there an intermission?
0
In Rocky IV how does the Creed vs Drago fight go on?