Does the plot of the Season Five Finale of Dexter have serious flaws?

In the Season Five finale of Dexter, entitled "The Big One," there appears to be a fatal plot flaw.

Recall that Dexter used a car, which he had stolen near the crime scene where he killed Stan Liddy, to rescue Lumen. Upon arriving at the camp where Jordan had kidnapped Lumen, Dexter has a car accident in which the stolen car actually spins and rolls violently out of control. That car isn't going anywhere. Certainly, Dexter and Lumen could not have possibly taken care of the stolen car after killing Jordan.

Investigating officers should have seen the stolen vehicle, matched it to a reported missing/stolen vehicle (stolen near the Liddy crime scene that Dexter had recently inexplicably fled), and continued to pursue that lead.

Quinn would have certainly become more curious about anything that would potentially exonerate him from Liddy's murder. And the fraudulent results Dexter reported regarding the blood found on Quinn's shoe doesn't seem adequate to excuse Quinn as a suspect.

Dexter and Lumen most likely moved/hid the car using the construction machinery before leaving Camp Jordan.

When Dexter went flying off the road, it was because he was about to run into some construction machinery; a Case 580M backhoe loader. 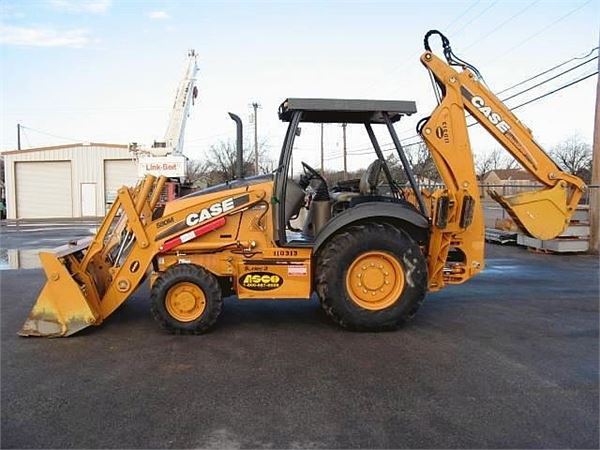 Using the very loader that caused him to wreck, Dexter and Lumen would have pushed the car off the main road that leads into camp, and then covered it up with dirt/sticks/leaves/etc..

But, how do we know the backhoe loader works?

Closer towards the beginning of the episode, Jordan Chase visits the camp with Lumen in the trunk. As he's first driving into camp, he pays notice to the backhoe loader, which is neatly out of the way of the road.

Fast-forward to when Dexter arrives at the camp, and loader is in the middle of the road, with one of the buckets raised.

Obviously, Jordan Chase move the machinery to the middle of the road [to set a trap for Dexter], thus proving it was functional for Dexter and Lumen to then use to move the wrecked car.

Not the answer you're looking for? Browse other questions tagged plot-explanation dexter .

13
Where did Deb live towards the end of the season?
17
How does Dexter handle the logistics of his murders?
32
Does each season of Dexter have an overarching theme?
7
Why Dexter chose to kill rather than run in the Season 7 finale?
22
Why does Dexter use the same outfit for killing?
24
Why does Quinn give up on catching Dexter?
9
What does ending of "Dexter" imply?
11
Why didn't Rudy Cooper reveal the true nature of Dexter to Debra in Dexter Season 1?
8
In "Hell or High Water", why don't they catch Toby?