Who's Tom Bishop's support in China? Is it the same guy he worked with in 'Nam?

In Spy Game, when Tom Bishop was a sniper in Vietnam, he had a partner (his spotter) who, as far as I can tell, is named Tran, played by Benedict Wong: 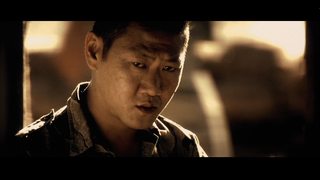 Later, he does a "rogue" operation in China, where he has a couple of assisstants (some of whom may be real doctors), but one guy in particular who is in radio communication with him: 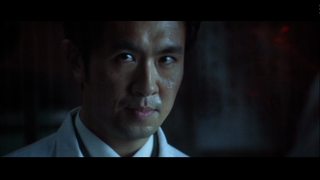 I can't figure out who this guy is, and I wondered if it might be Bishop's old buddy. It really doesn't look like the same person -- eyebrows and noses seem way different -- but there's also almost no good shots of Tran, and precious few of this fellow.

Is there any information about this character? Is he the "Li" listed in the credits?

It is the same character, Tran, in Vietnam and in China. The connection is easy to miss - I've watched this film a million times and just caught this for the first time today. Near the end of the film, when Muir is arranging the rescue with Duncan, he mentions to Duncan that Bishop had an old friend on the "Sideshow" op (Commander Wiley's op) going on near Su Chou prision -- and he explicitly names Tran.

No, it's not the same character.

Neither is "Li", who is portrayed by Ken Leung (from Lost, Rush Hour, Saw, etc), and is younger than the "doctor" in China, and skinnier than Bishop's buddy in Vietnam.

I also don't think you are meant to think these two are the same character. The only resemblance is they are both asian. Not to mention but the first is Vietnamese, and the second is Chinese, and if it's noticeable to me it would be noticeable to the Chinese guards they are trying to pull a fast one over.

Tran (his buddy/spotter that he saves in Vietnam) IS part of the operation to save Hadley, but he is not the dude on the radio (different actor/character). He [Tran (Benedict Wong] can be seen in the cab of their escape ambulance, and he is told to exit the vehicle by a guard right before the plan is foiled and Bishop is captured.

*Side note: (this is what I don't understand) Why does Tran abandon his friend, and why was he singled out to exit in the first place? The last shot of him features him obeying the guard and looking back at the ambulance as he walks away...I don't understand this part...

Not the answer you're looking for? Browse other questions tagged character spy-game .

3
Who's the guy who triggered the alarm?
43
Is the man with no name the same character?
5
Do fictional tv shows ever have multiple characters with the same names?
3
Is Venom a villain in the movie with Tom Hardy?
2
Why does the character Max Arciniega share the same name with the actor of "Krazy-8"?
4
Did the murder trial going on in the Cable Guy have anything to do with Jim Carrey's character? If not then was it just for world-building?
3
What happens to the old guy sharing the car with Samantha after the crash?