Within Justice League, SteppenWolf confirms that Cyborg was created by the third Motherbox, when he states to Cyborg that 'You were born of her'. This confirms it was definitely the Motherbox Steppenwolf is looking for/referring to.

Later, at the Batcave, Cyborg tells the League about his creation/resurrection via the Motherbox.

Cyborg: It was found by the British during WW1. They studied it but... they couldn't even date it, it was so old. It was shelved... until the night Superman died. Then she lit up like Christmas. They brought it to STAR labs where my father recognised it as a perpetual energy matrix. [...] A Motherbox destroys as it creates. It's a cycle of life, but a million times faster. My father thought it was the key to unlimited energy; new formulas, cellular regeneration... but it's too volatile, to hard to control.

The above is verbatim... and makes absolutely no sense, regarding the continuity of the current continuity. We know for a fact that Silas Stone created Cyborg Waaaaaaay before Superman died, because during the events of Batman Vs. Superman Bruce watches archive footage of his creation, and Zach Snyder has confirmed the above;

That’s the first glimpse of the Mother Box there. It was an agonizing birth. 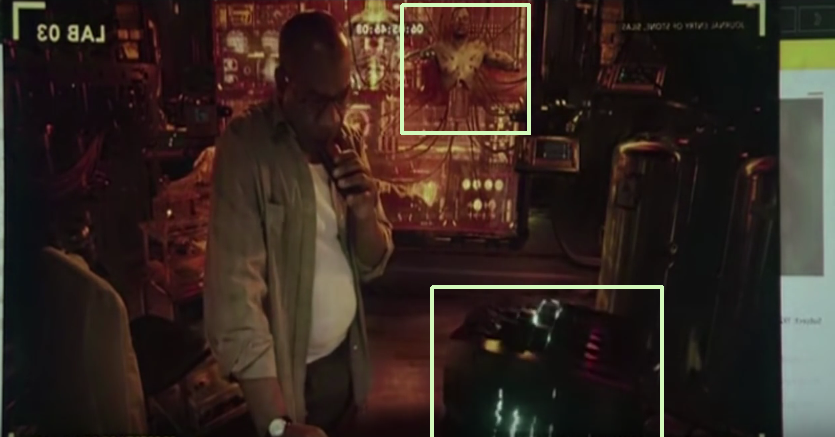 You can see the Motherbox (all 'lit up like Christmas') in the above picture, with Cyborg in the background. This is archive footage stolen from Luthor; we know it's prior to Superman's death, but it could be quite a while before it.

How do we rationalise Cyborg's claim, and indeed the entire 'Superman's death caused the Motherbox to activate and become beacons for Steppenwolf' element of the plot;

...Given that we can demonstrate the Boxes were already active well before his death?

Well that is a major continuity error. The possible reason behind this could be the reshoots, post production problems,etc. that may have caused a lapse in checking all continuity or other types of mistakes.

Maybe that is due to a possible relation to future movies like Flashpoint, but it is highly unlikely.

As everyone knows, this movie is riddled with plot holes, continuity errors and factual errors. Check here on IMDb for all the errors and goofs