Rights to "Gotham" and Batman after Fox's proposed sale?

According to the Wikipedia

Gotham is an American crime drama television series developed by Bruno Heller, based on characters published by DC Comics and appearing in the Batman franchise, primarily those of James Gordon and Bruce Wayne. The series stars Ben McKenzie as the young Gordon, while Heller executive produces, along with Danny Cannon, who also directed the pilot.

The Original network of "Gotham" is Fox and

Does this mean now that Disney has bought Fox Marvel own the rights to certain DC characters?

Part of Disney’s acquisition is set to include the purchase of 20th Century Fox Television. This is not the same thing as Disney purchasing the Fox network, which is not part of the deal.

What Disney is potentially buying is every show Fox produces, including The Simpsons, Family Guy, The Gifted, Empire and off-network shows like This is Us and Modern Family. However, the Hollywood giant will have no power over shows provided by third-party studios airing on Fox, including the Warner Bros. owned Gotham, Lucifer and Lethal Weapon, and Universal owned Brooklyn Nine-Nine.

Disney only owns what Fox produces.

Here is the updated infographic of what Disney owns: 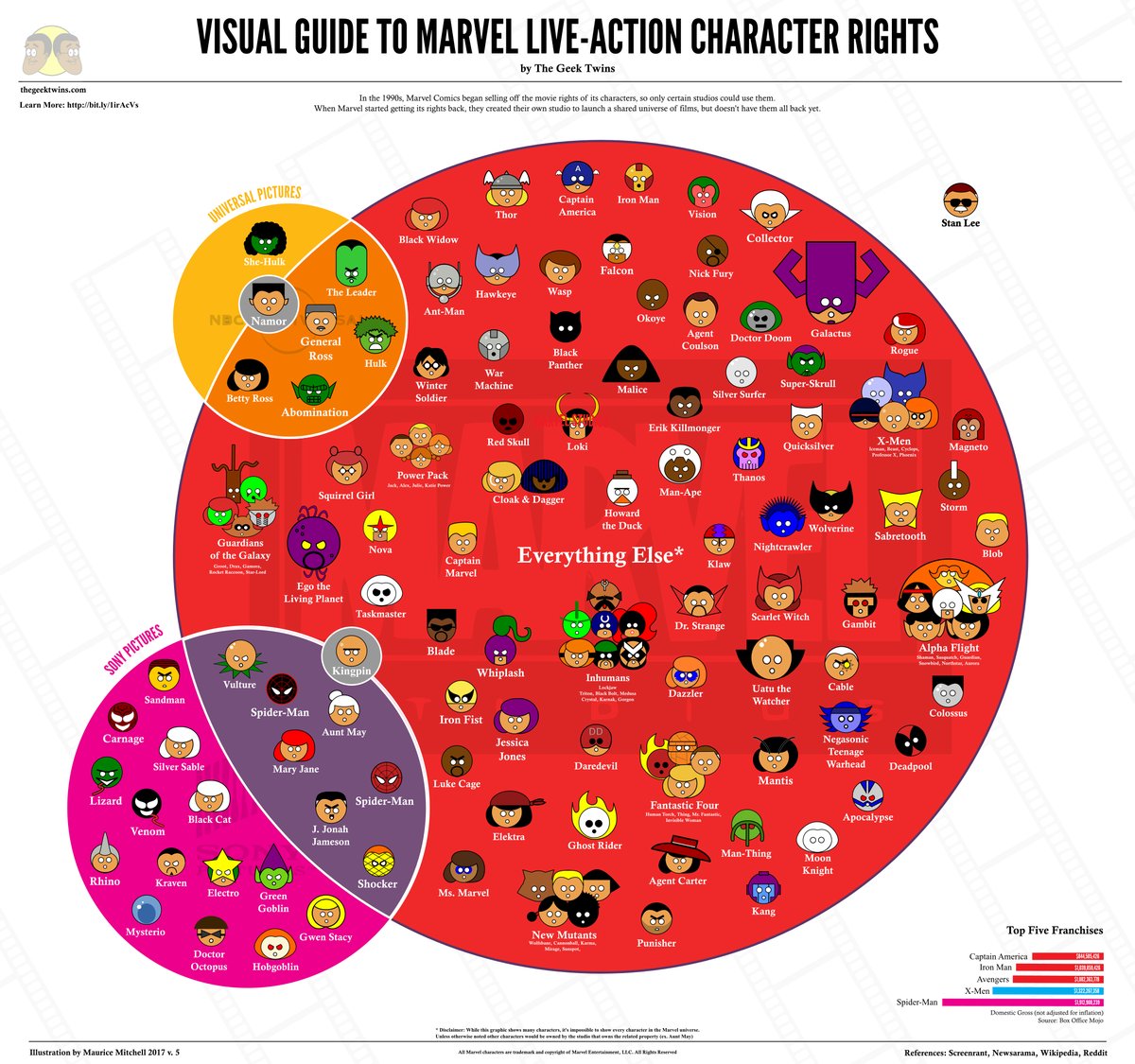 Not the answer you're looking for? Browse other questions tagged copyright disney gotham 20th-century-fox .