Are there running gags per series in Top Gear?

Watching the 11th series of Top Gear, they seem to have a running joke about the Dacia Sandaro. Does each series have a subtle (or not so subtle) gag or reference? 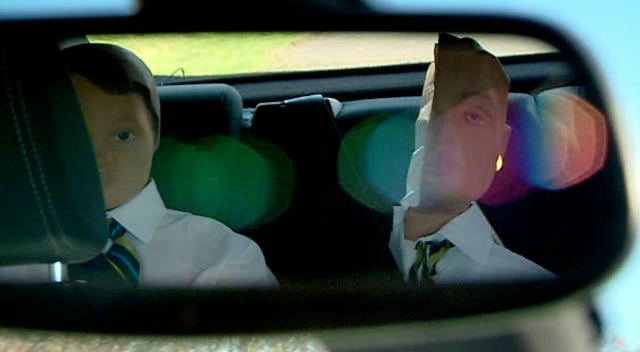 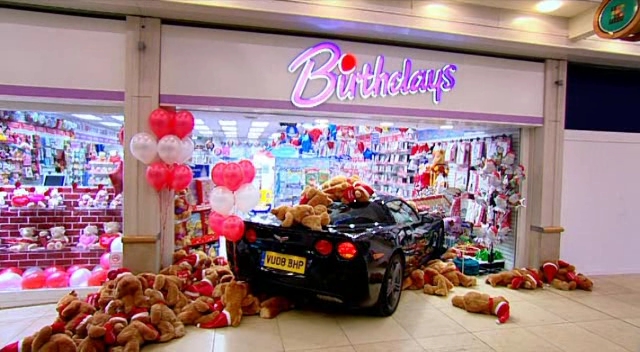 Yes, some of the series have series-contained running jokes. Wikipedia handily documents some of them on the Top Gear series-specific pages. Series 11 has:

The series included running jokes appearing in each episode: Clarkson showing an image he claims to have found on "the Internet" which is censored for the television broadcast; and, in the news section, May appearing to feign enthusiasm whilst presenting a brief news item about the Dacia Sandero with no further discussion before they move on to the next item.

The running joke regarding the Dacia Sandero continues from series 11, with the alteration that Clarkson is now the one making the announcement with feigned enthusiasm, to utter indifference from May (instead of vice versa). Each news segment also features one of the hosts wearing something unusual, like slippers or a garishly patterned shirt. The only reference to this is that one of the other hosts will, at some point in the segment, ask if they're wearing it for a bet.

Some of the episode summaries comment on running jokes as well.

Every so often they'll do part of a shoot on somebody else's track of which the location is 'supposedly' a secret to the general public. Of-course, first thing they do is explaining in excruciating detail where it's located.

For example, in Series 9 Episode 2 (where they turn a Reliant Robin into a Space Shuttle).

James: The launch site was a military base, whose whereabouts are a top secret.

Text on screen:
Clanburne Military Training Ground
53 miles N.W. of Newcastle
Just off the A68

Another example, in Series 10 Episode 7:

Clarkson: ... we were sent to the MIRA test track. Top secret place, it's where the motor industry tests all its secret new models. It's just outside Nuneaton, on the A5, between Hinckley and Everton, just before the A444. If you get to Fenny Drayton you've gone to far. You need to back up.

Of-course, the location of the (former) Motor Industry Research Association) is not a secret at all.

This gag had at this point been running for a couple of seasons already.

Another gag is James May getting lost half the time, illustrated in that same episode.

Richard Hammond was hypnotized to love 911s by Paul McKenna in 2004. Since that he has showed utter love for 911s.

Not the answer you're looking for? Browse other questions tagged top-gear .

5
In Top Gear specials, why do the hosts hang on to the inconvenient gifts?

7
Did the Top Gear presenters really find the source of the river Nile?
7
Did Top Gear participate in A Good Day To Die Hard?
5
In Top Gear specials, why do the hosts hang on to the inconvenient gifts?
4
How come Top Gear (UK) has swearing in season 22?
6
What was Sabine Schmitz saying when she introduced The Stig in German?
19
What's up with Archbishop Desmond?
2
Did Jeremy Clarkson really make it to Blackpool in the Jaguar on one tank of gas?