Did the creators of the show say anything about the depiction of God?

In South Park S03 E16 Are you there God? It's Jesus, a new character was introduced. He is none other than God. In that episode, God is depicted very differently which shocks everyone in the crowd. 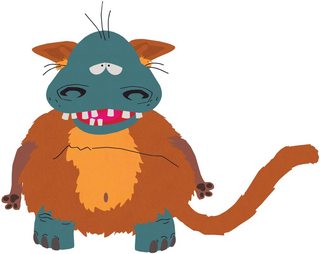 He is shown to be a short-legged squirrel, elephant, cat, hippopotamus tetra-morph with an extendable, reptile-like tongue.

This is not explained in the show. When Randy Marsh asks "That is God?", He just replies...

What did you expect me to look like son?

Did the creators of the show or the channel say anything why the God is shown like this? Is this an inspiration from anything or a parody (if any)?

The words of the creators or from channel would be very much helpful than fan theories without sources.

It's just a satire show and no need to dig much deep. Trey Parker and Matt Stone have repeatedly shown that they are not much religious in various interviews:

Stone, who was raised Jewish, says he's not religious. Parker says he considers himself religious, but it would take him a long time to explain it. Both say they believe in God.

"I believe there's something going on that we don't know," Parker says. "That's as far as I can go."

"Recently, atheists and people who hate religion have, like, really glommed on to our show because we make fun of a lot of religions," Stone notes. "But neither one of us is anti-religious at all. I mean, I'm fascinated by religion."

"All the religions are superfunny to me," Parker adds. "The story of Jesus makes no sense to me. God sent his only son. Why could God only have one son and why would he have to die? It's just bad writing, really. And it's really terrible in about the second act."

But Parker says atheism is more ludicrous to him than anything else.

Even this Wikia claims

Parker and Stone have said that their design of God is basically the idea of "What would God appear as to mess with people's minds?"

Which I can't really prove as it's unsourced but do suit fine to what happen in that episode.

18
How far does the depiction of the pirates' characters match the book?
11
Why did he say "You are right about him" to Batman?
9
Why did Chewie not get a Medal or anything?
2
Why did the South Park movie make fun of Mahatma Gandhi?
12
Did Jeff Skiles really say that?
10
How did Odin Quincannon's actions serve God?
11
In the Predator movies, did makers mention anything about female Predators?
5
Is Pazuzu from "The Exorcist" a fallen angel or a demon god
2
Why didn't the AI do anything about Ford?