Even the title logo of the movie is in red. First look, posters everything is majorly red. Is there any particular reason for this?

“It’s way out there. It’s very remote. It’s uncharted,” says Johnson. “It’s a mineral planet and so there are mines on it.” The director (previously best known for Brick and Looper) noted how there are some “beautiful design elements and I hope some really unique ones that we’re able to bring into it.” - Rian Johnson EW - April 2017

Crait was a small mineral planet located in a remote section of the galaxy. **Covered with a layer of white salt over its red-colored soil, the planet once hosted a Rebel Alliance outpost during their early rebellion against the tyrannical Galactic Empire. Many years later, the uninhabited planet became a haven for Leia Organa's Resistance, which resulted in a battle between the Resistance and the First Order on the planet surface. http://starwars.wikia.com/wiki/Crait**

The idea that surface is "white" and TLJ is the second film in a new trilogy might suggest some parallels or homage with/to Empire Strikes Back and Hoth, despite that it also is in some ways very different to previous Star Wars Saga Films. 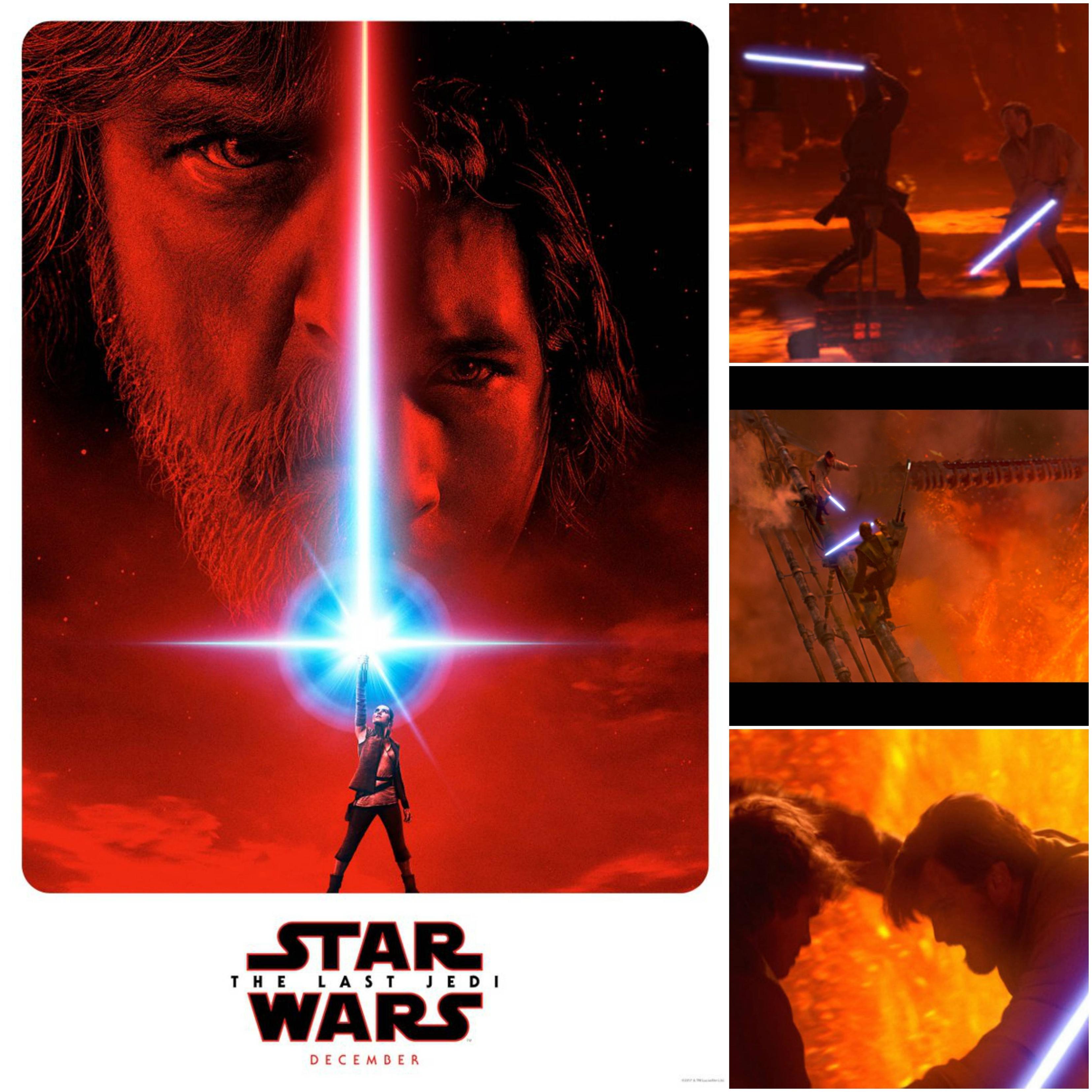 The other (red) may have to do with Revenge of the Sith. Revenge of the Sith features an epic battle between Obi-Wan Kenobi and his former apprentice Anakin Skywalker now turned Darth Vader on the lava planet Mustafar. The first teaser poster released seems to convey a callback to this idea with similar aesthetics & with split face between teacher/Uncle (Older) Luke and Kylo Ren with Rey holding up a blue lightsaber. Many speculate the relationship between these three characters could be a juxtaposing of what Revenge of the Sith basically accumulates to, which, philosophically speaking, is how and why Anakin finally falls to the Dark Side. The Prequels, through Anakin's tragedy, purpose the idea that the viewpoint and expectations of the Jedi [in this era] should be questioned and/or realized to be nearly impossible to live up to.

Red has always been the color of the dark side.

Use of the color for Crait in my opinion is not so much about the planet, but more about the meaning of the act.

3
Is the planet Crait inspired by Pluto?

28
What's the purpose of Aurra Sing appearing in Star Wars Episode One?
34
In Star Wars, can a Jedi kill?
8
What is the in-universe significance of different colours of lightsabers in Star Wars?
7
What is the significance of the color red in "Rebel Without a Cause"?
31
Admiral Holdo's tactic in "Star Wars: The Last Jedi" - Why is this not used more?
11
Why did The First Order make this tactical decision in The Last Jedi?
45
Who is the titular "Last Jedi"?
3
Is the planet Crait inspired by Pluto?
9
Why the different TIE cockpit color in 'Solo, a Star Wars Story'?