Why is Tommy shooting at the fourth wall?

At the end of Goodfellas,

Henry is in the witness protection program and says "I get to live the rest of my life like a schnook."

Then, an image of Tommy appears, facing the camera and shooting at it several times. What is the meaning of this scene? 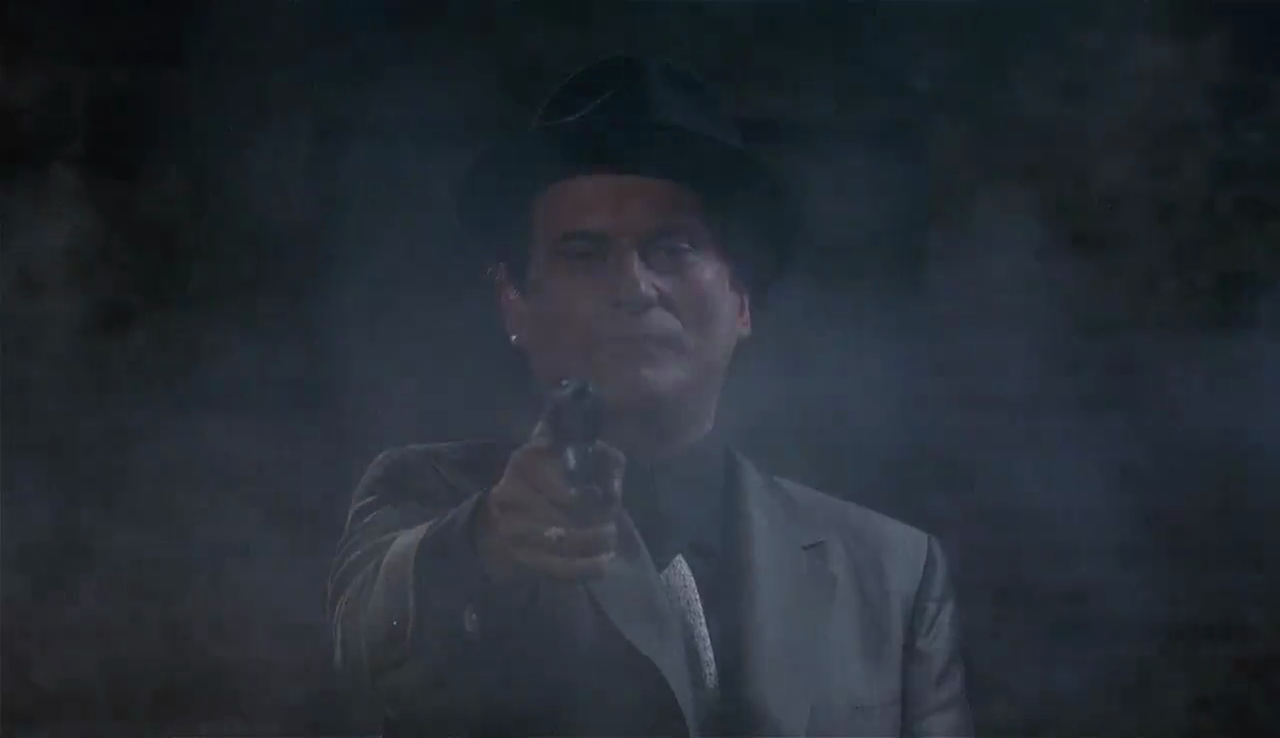 This scene is actually a direct reference to the scene from The Great Train Robbery where a similar scene concludes the movie.

Here in this below video at 0:25 secs Martin Scorsese himself mentions the very film and says "...that's why I had Joe Pesci shoot at the camera" 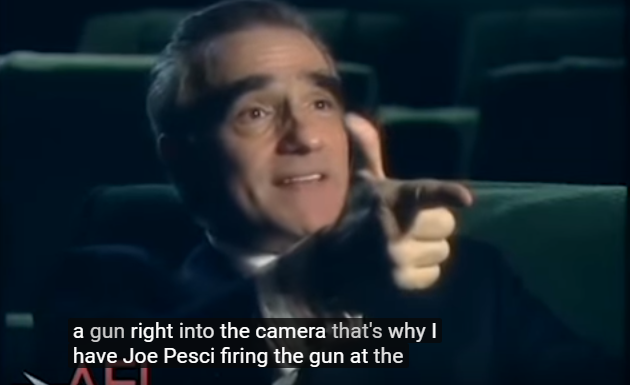 In an interview with the American Film Institute, Scorsese explains the connection between his movie and Porter's: "Basically, in Goodfellas, it's a bunch of outlaws who do this incredible robbery. And then they all kill each other, and the police get them at the end. It's exactly the same story." In other words, Scorsese ripped off the scene. But, you know what they say—imitation is the sincerest form of flattery.

That shot is a reference to the final shot of the 1903 silent film The Great Train Robbery, which ends with one of the outlaws shooting at the camera.

Not the answer you're looking for? Browse other questions tagged plot-explanation goodfellas .

1
What is the meaning of the ending of Goodfellas?

16
Why the annoying woman with the kid in the train station?
4
What is happening in the last scene?
4
What does Carl mean when he says, “that son of a gun”?
4
Why did Vera beg for her life?
4
Why did the Blair Witch need James and Lisa to look at it?
9
What would have happened if their life runs out in Jumanji: Welcome to the Jungle?
3
What role does Marvin play in the heist in The Killing (1956)?
6
What is the significance of the opening scene of BlacKkKlansman
2
In Endgame, why is the female leading the dance, and not the male?