However, the furthest "known" date shown on the time machine's indicator is 1 × 1040 AD: when the "last proton should be decaying". 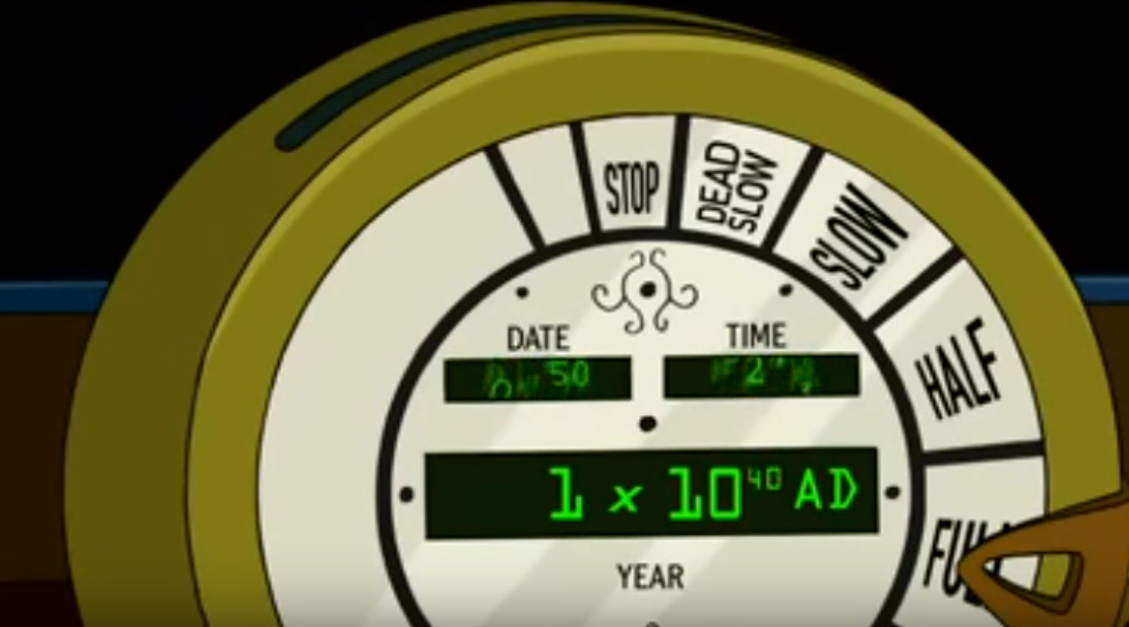