Were there any actual Black actors in Birth of a Nation?

It is well known that white actors in blackface played African Americans in the 1915 movie Birth of a Nation, but I have the vaguest memory that there may have been some actual Black actors playing extras. Is this the case?

I could also see, given the subject matter and the time, that not only were no Black actors hired but none would be willing to act in such a movie.

Some of the black characters are played by white actors with make-up, particularly those characters who were required to come in contact with a white actress. The person playing the Cameron's maid is not only clearly white, but is also obviously male.

Indirectly, this confirms that not all black characters were portrayed by white actors.

I also found some screenshots from the movie. The two men in the middle do not appear to be white actors in costume: 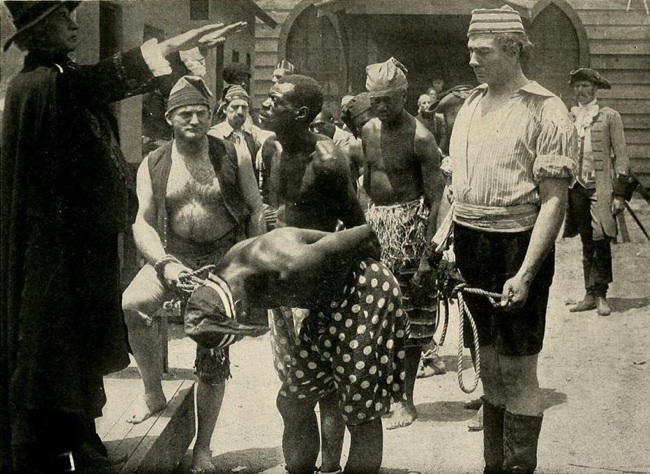 I could also see, given the subject matter and the time that not only were no Blacks hired but none would be willing to act in such a movie.

This is touched on in the quoted IMDb trivia. The issue wasn't so much that black people didn't want to be in the movie (at least, it's not mentioned, as far as I can find on Google), but rather that the white actors didn't want to come into contact with real black people.

Not the answer you're looking for? Browse other questions tagged casting birth-of-a-nation .

46
Why did three actors play Darth Vader?
15
Why were so many inexperienced actors hired for lead roles in Game of Thrones?
61
Switch in *The Matrix* - Two Actors?
4
Why were there so many repeat performances in Columbo?
10
Were there any black actors in 'V for Vendetta'?
5
Is there any criteria for selection of James bond?
19
Why are there three different actors playing Gregor Clegane?
6
Were black actors more prominent in the 80s than they are now?
7
Are there any male actors written out of a “Star Trek” series?