Can Thanos change his color?

Thanos appeared three times in post credit scenes of MCU films and lastly in Infinity War trailer. Each time MCU used different colors for Thanos. Why is that? I am not a comic book reader, Can he change his color? 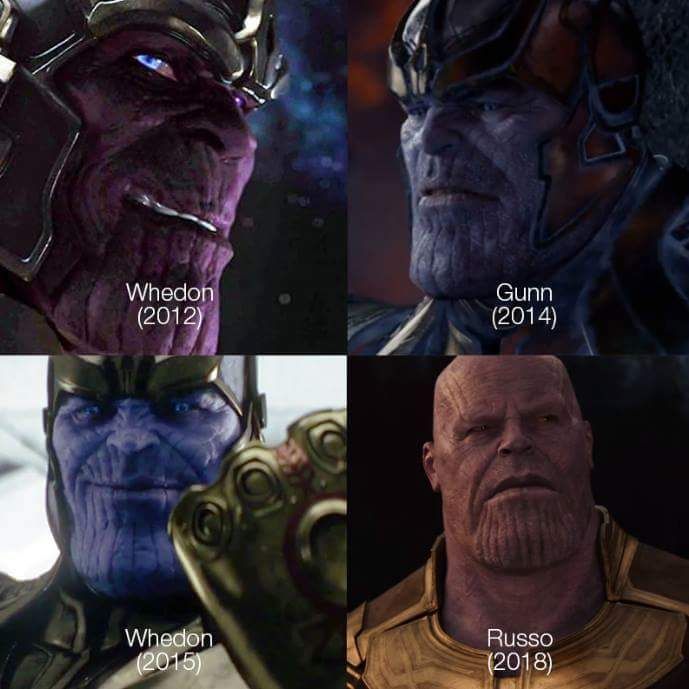 Thanos doesn't have any kind of ability to change his own skin color, but the way he's drawn in the comics has been about as inconsistent as his on-screen depictions.

His skin color in the comics usually resembles the brighter, prominent purple shade that he has in the original Avengers and in Infinity War. But he has been depicted with a wide range of purple shaded skin tones, as well as occasionally a bluer skin, and even more rarely, greyish or greenish shades. This is due to changes in the coloring and printing techniques in the comics, rather than any intentional change in the character: 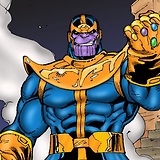 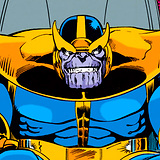 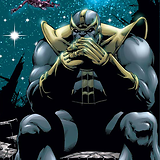 In the MCU, the most obvious explanation is that his skin is a shade that simply changes drastically depending on the lighting. There are hair dyes and such that can do that for real hair, so it's not too far fetched that an alien's skin could do so. In fact, if you look closely as his skin tone in Guardians of the Galaxy, it appears to be a mottled mixture of purples and blues, with the blue being more noticeable sometimes and the purple others.

Of course, the out of universe reason for the difference is just different effects groups making the effects. The latest appears to be more practical effects than the others, meaning we might also be seeing the effects of makeup or prosthetics under studio lights vs. entirely CGI skin color.

Here is the official wording of Matt Aitken (visual effects supervisor) from bestofcomicbooks:

“Those sequences in Guardians is where we see him most clearly in the previous MCU films,” Aitken said. “It was a wonderful freedom to not have to match that exactly. I think it’s one thing to have a Thanos who in those scenes was definitely more stylized, holed up for those short beats that he was in those films. But when he had to be the lead character and hold film and appear in hundreds and hundreds of shots, it was great to have the latitude to refine his look, to make his facial appearance more natural, so he’s definitely more detailed and has a more natural shape to his face, to his lips, to his brow, his nose, and all those details we’re talking about in terms of the blemishes and the pores and the stubble.”

If we’d been confined to those earlier iterations, it would have been too much of a limitation, I think, so that was never an issue,” Aitken noted. “Right from the start, Marvel recognized the need to go to the next version of Thanos, and we were never asked to match that earlier version at all.”

So it's clear he doesn't have any colour changing power, it's just inconsistent on purpose but his Infinity War looks is final.

No; it is merely a difference of the artists' depiction

The final version of Thanos that we see shows him consistently in the same colour/hue; the one from the fourth quarter of the image. 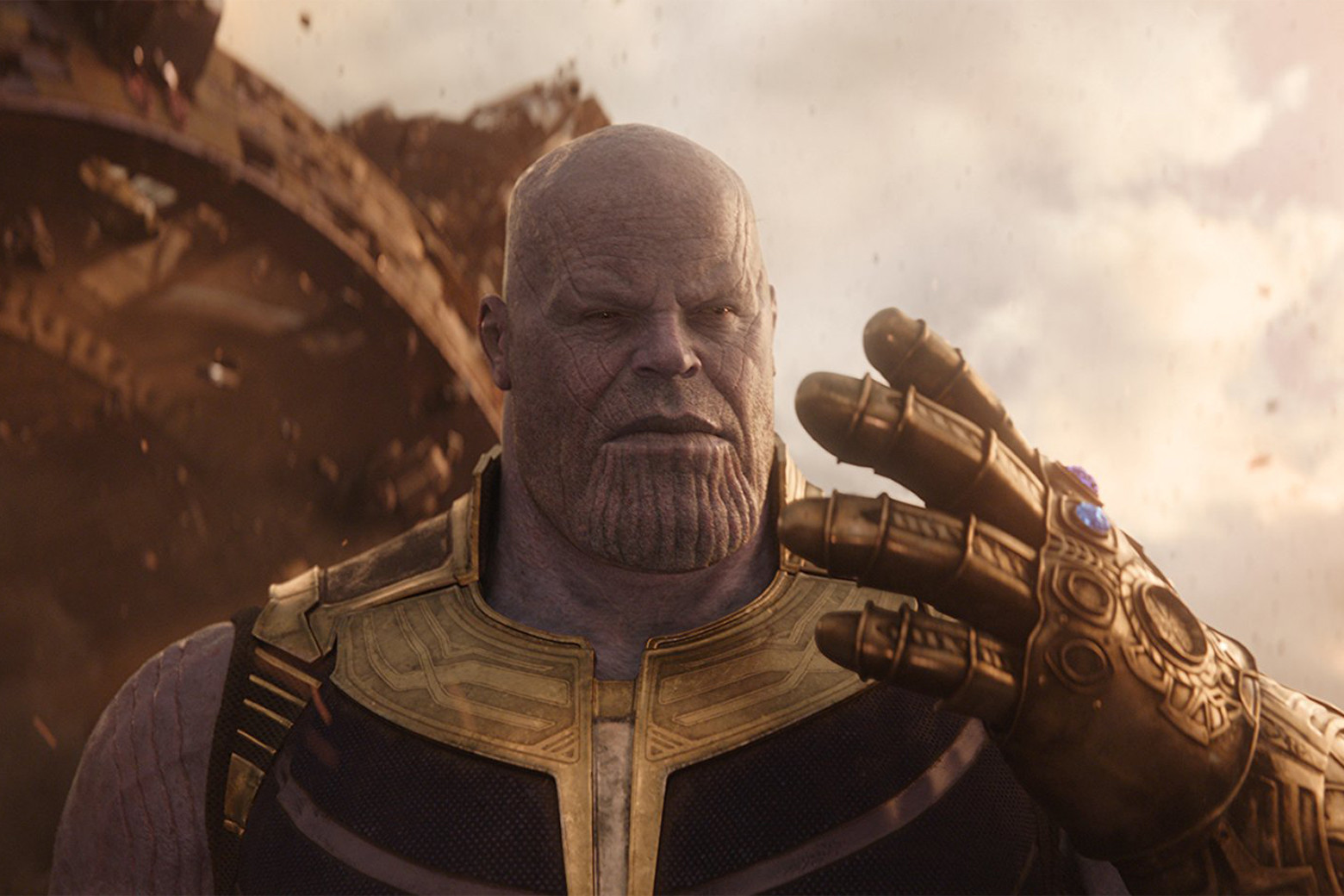 In Avengers: Infinity War, There are several scenes spanning different points of Thanos' life, and in all of them he is the same colour.

All other previous depictions of Thanos (in other MCU movies and end-credits scenes) are merely a result of what the artist(s) at the time interpreted his colour as.

There are several ways to answer.

10
Regarding Age of Ultron's post-credit scene
22
What was with the giant location titles?
31
When is Doctor Strange actually set?
20
Why didn't Doctor Strange use the Time Stone to prevent Thanos from claiming other Infinity Stones?
53
Why did Tony Stark use a normal flip phone?
18
Why/how is the Reality Stone an actual stone now, instead of a liquid?
9
Why does Tony call his daughter Maguna?
22
Why was Endgame Thanos so different than Infinity War Thanos?
1
Is there a canonical reason as to why Bucky got "nerfed" throughout the MCU?