What does the ending of The National Anthem mean?

In "The National Anthem" what do they try to depict at the end of the episode?

We see that the prime minister is praised by the people, Princess Sussanah is also safe and living happily. Prime Minister makes public appearances with his wife. But later when they enter the house we see the prime minister trying to convince his wife as they depart, saying

PS - yes I know, it's made clear in the episode that the kidnapper was trying to make a statement.

At the end of the episode, they were trying to depict how the media exploiting us with sensationalist news means we miss what is in front of us.

In S01E01 The National Anthem, we find out in the end that Princess Susannah was released 30 minutes before the pig sex occurred. So if people were not busy with sensationalist news, they might have discovered that Susannah was roaming in the street to get saved.

But the general public never got to know about it and the kidnapper even committed suicide. It continues the theme of Black Mirror's bad effect of technology and the media. The general public were enjoying the sensational atrocity on live TV rather than seeing what's happening next to them.

And on the one hand Michael Callow's popularity score increased for the sacrifice he took (which was never required in the first place) but on the other hand, his wife can't come to terms with what he actually did.

And in a later episode Shut Up And Dance, there is an "Easter Egg" suggesting they are getting divorced: 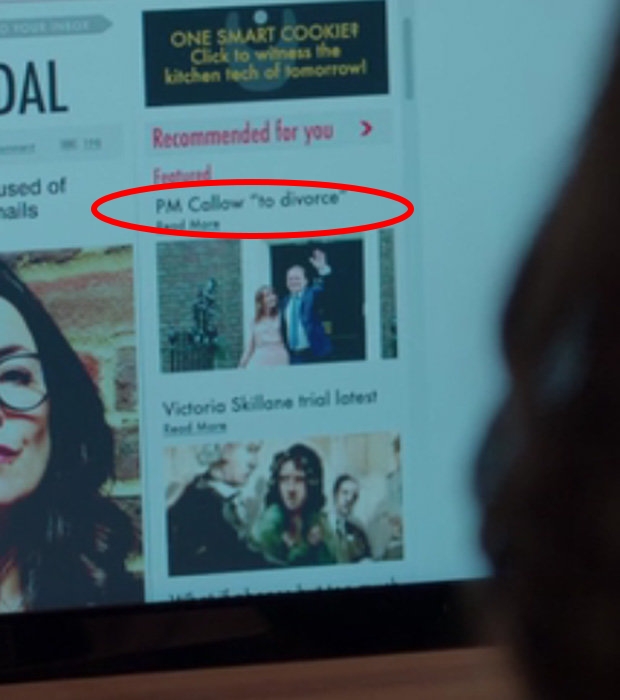 For me, that scene points out 2 things.

First, it is a reminder that actions have consequences. Permanent consequences. Succumbing to group-think/peer-pressure does not save you from the responsibility because no matter how horrified the people may have been in the moment, they get to return to their daily lives. But the PM has to fake a happy marriage to belie the nightmare his life continues to be.

In short the show's point is that not only do we create these horrible scenarios, but we continue to collectively perpetuate them. It's a painfully nihilistic perspective.

Not the answer you're looking for? Browse other questions tagged analysis ending black-mirror .