Can Parallel Trials Like This Happen in Real Life?

"Battle of the Proxies" -- episode 10 of season 4 of The Good Wife -- features parallel trials in different Illinois Counties with two different murder suspects being accused of killing the same women (Brandi Colvado), whose body was moved to a different county after being murdered. 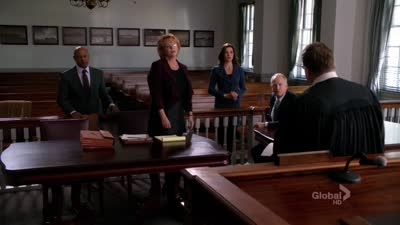 Nine months ago, a young woman named Brandi Colavito attended Alt-O-Rama, three-day music festival here in Chicago. While there, she was murdered. The killer then took the body 50 miles south to her hometown, in Minooka, in Grundy County, and dumped her. Now ASA Hellinger has seen fit to charge my client, Troy Mallick, a respected executive with a spotless record. This despite the fact that he had no motive and there were better suspects in Minooka. So let's look at the evidence."

My question is, Can parallel trials over the same crime (in this case murder suspects) happen in real life (in the United States)? How fictional or realistic is this?

At exactly the same time?

Probably not, this a probably a dramatic conceit...but it is possible for two defendants to stand trial for the same crime in separate trials, although this is unusual...and has some issues.

For prosecutors to seek and win convictions against two defendants in a crime, knowing only one of them can be guilty, is dismaying, dishonorable and maybe "outright deplorable."

But it's not illegal, at least not according to the Ninth U.S. Circuit Court of Appeals in San Francisco.

In a 2-1 ruling Monday, the court upheld a 16-month increase in Jonathan Shaw's prison sentence for a 1995 restaurant robbery in Fairfield, based on the jury's conclusion that he held a gun to the restaurant manager's head.

In a separate trial more than two years later, prosecuted by the same Solano County district attorney's office, another jury found that a second participant in the robbery, Mango Watts, was the one who held the gun to the manager's head, a finding that added 10 years to Watts' sentence. That jury was unaware of Shaw's verdict.

The issue of conflicting prosecution arguments in separate trials has also arisen in death penalty cases. The state Supreme Court has agreed to review the death sentences of two men convicted in separate trials for a fatal 1988 robbery. Last week, a Los Angeles judge found that the prosecutor in both trials made deliberately inconsistent arguments about which defendant actually killed the victim.

Not the answer you're looking for? Browse other questions tagged realism the-good-wife .

3
Can JARVIS be for real?
8
Is there a real life inspiration behind Dexter?
4
Is GLOW inspired by a real-life show?
8
Is it possible for lions to survive in real life on bugs
5
Was the Iron Man video phone technology ever used in real life?
2
Does the Science of Deduction exist in real life?
1
In Lucy, is CPH4 based on something in real-life?
1
Would this be allowed to happen in real life?