Was this really the original lineup for the Justice League animated show?

There is this rumored picture on various social networks claiming this was the original lineup for the Justice League (2001-2004) animated show, which was then changed prior to release to the one we saw in the show: 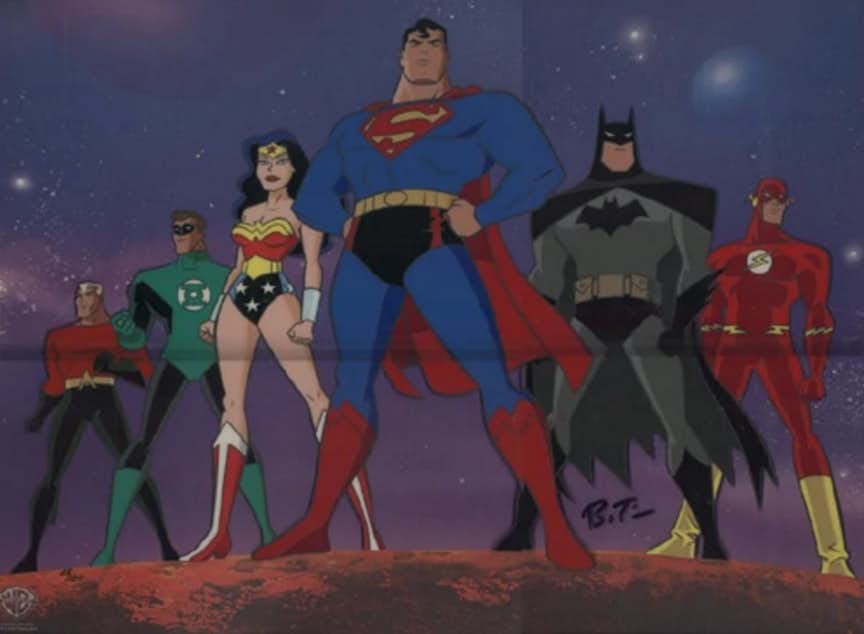 Is there any truth to this rumor and if yes, then why did they change the team to the team that the show actually had?

Yes the original lineup was supposed to be too different then what we got but the one shown in question is Timm's drawing of the proposed Justice League which can't even make into show's pitch video.

Timm’s initial view of the League was to essentially just do the classic Justice League that everyone was familiar with from the Super Powers team. Here is an early Timm drawing of the proposed Justice League – you’ll notice that it was the basic classic League, including Aquaman and Hal Jordan as Green Lantern… 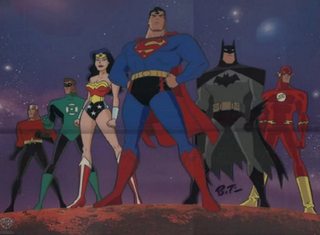 Very soon into the development process, though, Timm realized that he needed more diversity. Plus, he did not want the Justice League show to really be seen as a continuation of Super Friends, so he replaced Aquaman with Hawkgirl to give the team another female member and he replaced Hal Jordan with John Stewart to give the team an African-American member.

This became the classic lineup for the Justice League, along with Flash, Wonder Woman, Batman and Superman. 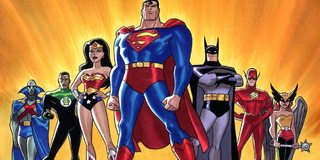 However, before they had even worked out the designs for all of the characters (John Stewart wore a mask, for instance), Timm had animator James Tucker put together a quick pitch video for Warner Bros. At this point, they had decided to change the lineup once again! They knew that KidsWB were interested in younger heroes, so he had Robin, Impulse (who would be replacing the Flash) and a new teen female version of Cyborg join the roster, giving the team a nice mix of adults and teens! 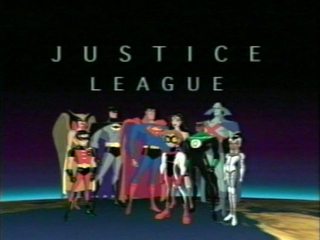 As it turned out, though, WB approved the Justice League pitch over the phone, so Timm never had to use the Tucker-created pitch video, and thus they did not have to commit to using the young heroes, so they went back to an adults-only League

Below is the original pitch video for Justice League titled : “The First Mission”, with addition of interview from Bruce Timm and James Tucker:

No, this image is a forgery. When the 2001 version of Justice League was pitched, the idea from the beginning was to pay tribute to the original Justice League, while also stressing racial and cultural diversity. Having two female characters was always part of the discussion, as was having Green Lantern be black. These changes were not afterthoughts, they were part of the original concept to be more inclusive.

Prelude to Justice - Midway down the page, just under the picture of Hawkgirl

Not the answer you're looking for? Browse other questions tagged production dc-animated-universe justice-league-tv .

10
Was the opening scene in Dark Knight Rises there in the original script?
13
Why doesn't Robin appear in the Justice League and Justice League Unlimited animated series?
15
Why was Hodor renamed in the TV show?
8
What's the production process for songs for Disney animated musicals?
18
What was the point of A Scanner Darkly being animated?
6
Did they deliberately release the new Justice Leage film on the same day the Justice League animated show was broadcast?
14
Was Jennifer Aniston really naked in front of the Friends audience?