Is there any continuity between James Bond movies that have different actors portraying the title character?

There was a foolish (in my opinion) question asked on Scifi.SE Is James Bond a timelord?

James bond keeps returning with a different face, albeit usually a similar one, and often operates with high-tech gadgetry that seem to be on par with the Doctor's sonic screw driver.

In my opinion each new actor represents a reboot of the franchise using the new face, not a continuation of the story.

Is there any continuity between versions of James Bond which change actors? I'm not talking about characters like M or Q, I'm talking about events or past advisories being referenced in a different Bond movie where the main actor was someone else.

The first thing that comes to my mind is Tracy (Diana Rigg), the woman Bond (George Lazenby) marries in On Her Majesty's Secret Service: 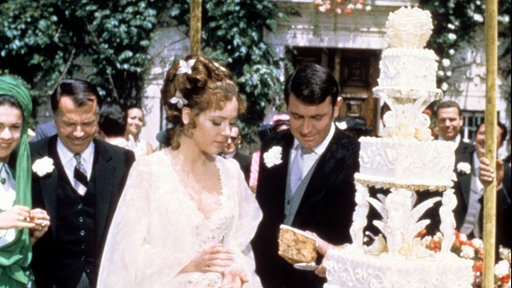 The follow up film, Diamonds Are Forever , shows James Bond (Sean Connery) tracking down Blofeld in the pre-title credits, but it is only assumed that Bond is doing so out of revenge for Tracy's death. She is never mentioned by name in the film.

OliverC s answer is great. Just adding something to make it more informative. Searched the net and found an interesting note on the continuity of the Bond film series.

In 1995 producer Michael G. Wilson in a fan convention in New york stated:

Bond films weren’t one big film series but rather a “series of series.”

when asked about continuity of the series. They tried continuity in For your Eyes explicitly.

For Your Eyes Only, which had a pre-titles sequence that explicitly tied that movie to On Her Majesty’s Secret Service, even giving Tracy Bond’s date of death as 1969, the same year OHMSS was released.

Brosnan’s tenure ended with 2002′s Die Another Day, which featured a scene where Brosnan’s Bond while talking to John Cleese’s Q (Desmond Llewelyn died following a 1999 car accident) is in a storage area full of props from earlier Bond movies. Brosnan even asks if the Thunderball jet pack “still works” while throwing a switch activating it. It’s hard to say, given the scene was part of the film’s “Where’s Waldo?” motif of providing homages to previous Bond movies throughout the story.

But producers decided to reboot the Bond series with Daniel Craig in after the end of Brosnan era.

Brosnan was out, Daniel Craig was in and Eon opted to begin the saga all over again. In effect, Eon followed Warner Bros.’s strategy with Batman, rebooting the character in 2005 following a four-year series that ran 1989 to 1997. Wilson called it the “beginning of Bond”

In this interview Barbara Brocolli confirmed it.

TOTAL FILM: So… Bond is our Reboot Of The Decade.

After the Casino Royale only we could say we saw a direct sequel Quantum of Solace, starting with the interrogation of Mr. White previously captured. So definitely The reboot is a continuous one, but previous movies were not shown directly to be continuous.

I prefer Marvel's solution to continuity: we live in a multiverse. Any stories that contradict each other must be taking place in parallel realities. It's nice to try to retcon conflicting stories as much as possible, to make ALL the stories work in just one world, but where that becomes implausible, the many-worlds interpretation is the ultimate fix.

Even removing the Craig continuity from the previous five, we're left with a very implausible continuity. I can't swallow Bond as a timelord. MI6 would have noticed his two hearts during initial physical exams, so he would know for sure that he wasn't human, and he'd be immune to extreme heat, cold, radiation, etc. A human Bond who occasionally undergoes a complete transformation of body and personality also isn't very plausible. Besides, if we're separating the Craig continuity, why not separate all the continuities that are obviously different? The parallel universes theory, while it may be kind of out there, is not nearly as disprovable as the timelord theory or the makeover theory.

So, from the Bond movies, we have six parallel Bondverses: the Conneryverse, the Lazenbyverse, the Mooreverse, the Daltonverse, the Brosnanverse, and the Craigverse. The continuity of the original book series isn't identical to any of the movie continuities, so it gets its own universe too. These universes are all a little different, but they share many events and characters (some played by the same actors).

Ever since hearing this theory a couple years back, I've been quite fond and supportive of it: while there are definite instances of supposed continuity, I was presented with the theory that "James Bond," much like 007, is just a code name. I believe it was actually an article on cracked.com. Yes, here it is:

When the 007 franchise launched in 1962, Sean Connery was 32 when he received his license to kill. That was almost 50-years ago, and James Bond has aged like a fine Beaujolais spiked with antifreeze. How is the same 30-something special agent who fought the Cold War-era Russians now taking on post-9/11 terrorism? The Theory: There has been a theory among fans that there is no one single James Bond, but that "James Bond" is a codename passed on from one agent to the next as each retires (just as the titles of M and Q pinball from agent to agent). The theory explains the agelessness of Bond--note that Daniel Craig's Bond became 11 years younger whereas Judi Dench's M aged by four years.

This also explains how James Bond's personality changes dramatically from actor to actor. For example, in one film you have Timothy Dalton's Bond burning a man alive (around the 9:00 mark). Pop in another DVD and you see Roger Moore's Bond is doddering around in a clown costume.

The more you look into it, the more it makes sense. George Lazenby's Bond had his wife murdered in the last film he appeared in, so fans could assume that his 007 retired out of grief. Timothy Dalton's Bond went rogue and was kicked out of MI6. Pierce Brosnan's final outing ended with Bond being abandoned by British intelligence. Next movie, there's a new Bond in the tuxedo and the old one is presumably on a beach somewhere collecting a government pension. Hell, even the guy who directed Die Another Day believed this theory. Wait, that was the Bond movie with the invisible car, right? Fuck that guy.

Why Does it Make the Film Better? We like the realism that this theory gives the Bond franchise, particularly since 007 movies have the propensity to fly off the rails every few years (see: Moonraker, Denise Richards as a nuclear physicist, that invisible fucking car). On the downside, it throws a real monkey wrench in Cracked's patent pending "James Bond Immortality Diet," in which we advise you to hydrate solely with Gordon's and Lillet and to bed at least three secretaries daily.

While clearly from a comedy site of less than mature writing practices, this is definitely a reasonable theory with the support presented.

The Craig series is a new continuity that merely pays homage to the old one. The 1964 Astin Martin is won by Bond in Casino Royale, tricked out with guns and gadgets sometime after, and makes another appearance in Skyfall.

Felix and Moneypenny are also both obviously not the same people as the ones in the previous series. This continuity's Bond doesn't even meet Moneypenny until Skyfall.

So, James Bond is the man's ACTUAL NAME. It's not a code name. He is not a timelord, but a man who became 007 in the reboot Casino Royale, continued that adventure in Quantum of Solace, and then reached a later point in his career in Skyfall.

The previous, other continuity's Bond (Connery, Moore, et al) was also not a timelord, but an agent who was with MI6 from the 1960s until 2002 in Die Another Day. There was always a science fiction element to Bond films (look at all the gadgets and the schemes of the villains!) so it's not an amazing stretch of the imagination to believe that he was the recipient of some sort of "super soldier" serum that slowed his aging and made him a bit more durable than a man who took those kinds of bumps should have been for so many decades. Either that, or you can assume that Brosnan's Bond was really supposed to be an elderly man in his late 70s or 80s, but was poorly cast. And why did he look different from time to time? If you really need an in-continuity explanation, think "plastic surgery"-- He's a spy. He needs to change his look after a while, and MI6 has top specialists who can re-sculpt a man's face (and figure!)

But make no mistake: Daniel Craig's James Bond is NOT in the same continuity as the previous James Bond films.

Not the answer you're looking for? Browse other questions tagged james-bond continuity .

10
What is the chronological order of all the Bond Films based on plot?
-4
James Bond movies series - I, II, III?
17
Why don't the Bond girls return in subsequent movies?
6
Is Skyfall preparing the ground to some major change in the franchise?